Actor and formal model Aamina Sheikh, on Saturday, shared a series of cryptic posts. The Cake star started the posts with ‘Bismillah’, and then shared a picture of wedding rings. She seemed to be hinting at her marriage with an adorable picture with three hands atop each other holding two wedding rings.

With a cryptic post giving such a huge hint, the fans were convinced that the former model has finally begun the new chapter of her life with a special someone. She did not make any additional information public yesterday. Despite that, many congratulatory messages for the actor began pouring in the comments section. 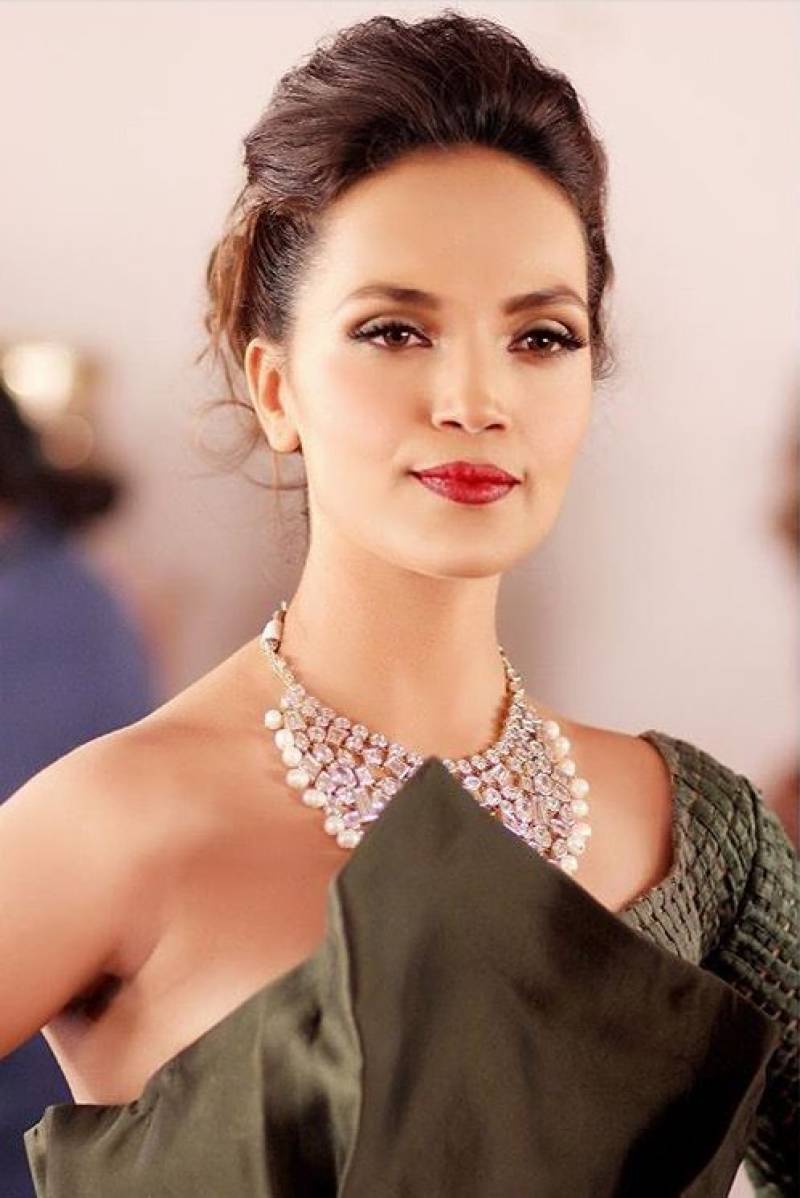 In addition to this, even though she did not write any caption with the post which indicated any such news, many celebs went to extend their love and best wishes for her ‘new beginning’. Nonetheless, the photo left many guessing about the meaning behind it.

Once again, taking to Instagram, the Pakistani actress Aamina Sheikh confirms her marriage by sharing some lovey-dovey photos with her husband. The Ishq Gumshuda actress has shared some pictures with her husband and her 5-year-old daughter Meissa, whom she shares with her ex-husband.

All smiles! Oh, and don’t forget to say MashAllah.

Oh yes, a picture with her daughter included as well! Don’t they look simply gorgeous? We are absolutely loving the white matching outfits. However, what we love more is how happy they both look.

Moreover, the Cake star followed these photos up with a special post about family. “Life’s greatest blessing. A group that dreams, laughs, plays and loves together. Those whom you can always count on. Always present, not only in good times. The most precious gift” reads the post.

Well, the Jackson Heights star has now settled the pot that she stirred with her mystifying post yesterday. The news was confirmed earlier today with a series of her Instagram posts. Many celebs including Zara Noor Abbas, Muniba Mazari, Sumita Marshall, Minal Khan, Nadia Hussain, Momal Sheikh, and many others have extended their wishes to the actor.

After establishing herself as one of the top female models of Pakistan, Aamina made her acting debut with a leading role in the 2008 telefilm Baarish Mein Deewar. The actress parted ways with her ex-husband Mohib Mirza in October last year. One of Pakistan’s highly sought-after couples ended their 14-year-long marriage. In addition, the two had gotten hitched earlier back in 2005. They are also parents to a five-year-old daughter named Meissa.

However, we are still waiting on the mystery man to get reveal! What we do know so far is that he does not come from the entertainment fraternity. Nonetheless, we all are super excited to find out more about the lucky man! We wish the lovely newly wedded couple all the happiness and best wishes for their future.