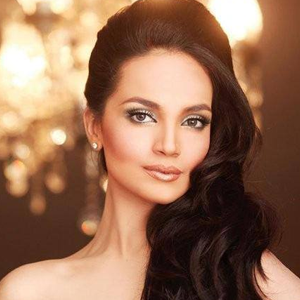 Aamina Sheikh has carved a recognizable identity for herself. From being an elegant supermodel, she has made an outstanding acting debut. The 38-year-old model turned actress made her acting debut with Baarish Mein Deewar. 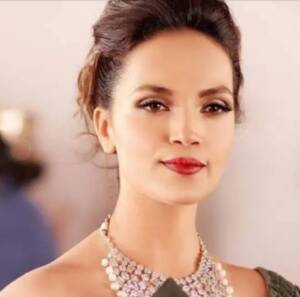 She is known to be playing women-centric roles in TV series like Ishq Gumshuda, Mere Saaein, Hum Tum, Main Abdul Qadir Hun, and Maat, and many more.

Aamina Sheikh was born in New York City, USA to Abdul Sheikh. His father is a pharmacist by profession. Aamina had her primary education from Mama Parsi School before moving to Riyadh. She came back to do her O’levels from ‘St Joseph’s convent’ and A’levels from ‘The Lyceum School’ in Karachi.  She majored in film video production from Hampshire College, Amherst, Massachusetts. After her graduation, she worked as an assistant at a Manhattan-based multi-media company by the name of Curious Pictures before returning to Pakistan.

Aamina was married to Mohib Mirza in 2005. However, in October 2019, Mirza had revealed that the much-adored couple of the showbiz industry had parted ways after 14 years of marriage. “We are not together”, the actor expressed during a TV show. 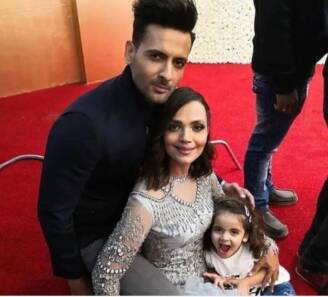 The actress confirmed her second marriage in August 2020 by sharing some lovey-dovey photos with her husband. She shared some pictures with her husband and 5-year-old daughter Meissa, whom she had from her ex-husband Mohib Mirza. Many celebrities including Zara Noor Abbas, Muniba Mazari, Sumita Marshall, Minal Khan, Nadia Hussain, Momal Sheikh, and many others have extended their wishes to the actor. 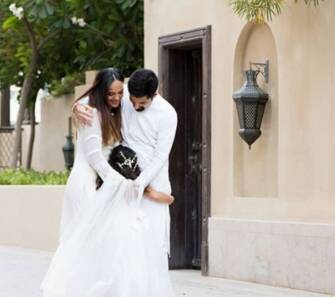 Apart from her performances in television serials, Sheikh also made her film debut in the 2012 social drama Seedlings. The show proved to be a commercial and critical success. Moreover, her excellent performance in the film helped her to garner critical appreciation and also helped her to earn several national and international awards, including the Lux Style Award for Best Film Actress, New York Film Festival Award and SAARC Film Festival Award. She also attained further commercial and critical success for portraying the roles of Zarnab in Armaan (2013). This helped her to earn a nomination for Best Actress in Tarang Housefull Awards.

Aamina also starred in the social drama film by the name of Josh: Independence through unity. The film proved to be a commercial and critical success. The actress was highly praised for her role as she received nominations for the Best Actress category at the Silent River Film Festival and Lux Style Awards. Her biggest success as an actress came with Cake (2018). 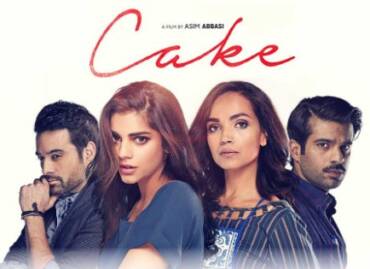 The film garnered her critical appraise and helped her to win various Best Actress awards and nominations. This included the Lux Style Award. In 2015, Aamina also served as a committee member of the Pakistani Academy Selection Committee. 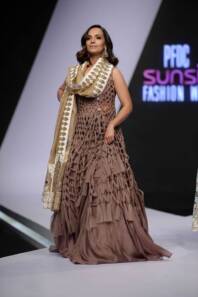 Aamina Sheikh has also worked with the highly popular Bollywood Pakistani singer Atif Aslam in the photoshoot for Niche Lifestyle. The actress has also debuted in a fashion show with Rehana Saigol in 2014.