Prime Minister Imran Khan has made history as being the only Pakistani Prime Minister who flew in using a commercial airline and not a specified special aircraft for his three day US visit. A jam-packed Capital One Arena in Washington DC filled with Pakistani-American admirers and supporters welcomed Imran Khan where he discussed his vision and plans for the ‘New Pakistan’, including ending corruption and bringing back the looted money.

The following day, President of the United States Donald Trump received Imran Khan at The White House and discussed issued pertaining to Afghanistan, occupied-Kashmir and more. Trump showed his interest and support in solving the long-standing Kashmir dispute, saying that Modi had asked him to mediate in Kashmir issue.

Prime Minister Imran Khan continues on with his engagements in the United States which involves giving interviews to the US press. One such interview had sparked a ray of hope within Pakistanis by suggesting a remarkable solution to a concern raised by the Fox News interviewer. 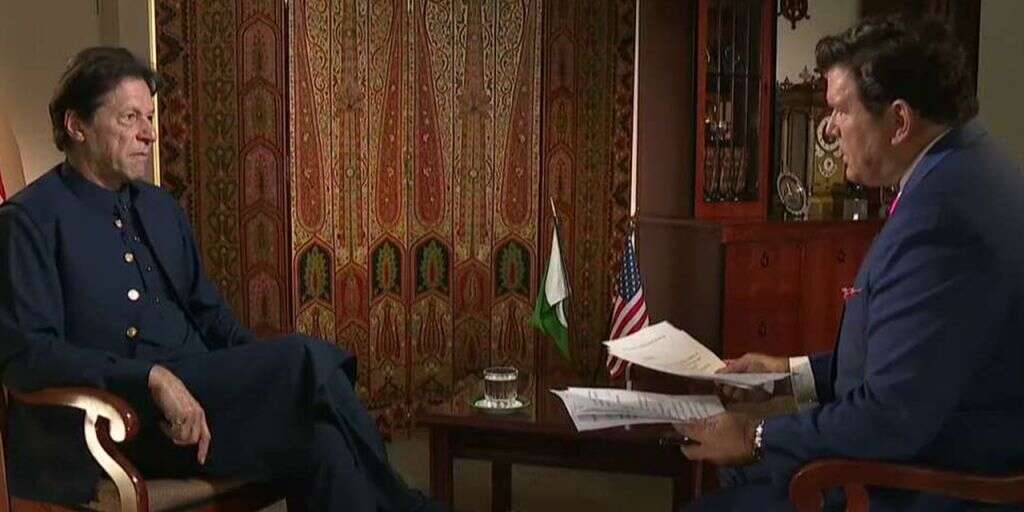 “We Know The United Stated Wants ‘Shakil Afridi’, So We Can Negotiate. We Also Have Someone In Prison In The U.S, A Frail Woman Called Aafia Siddiqui. So Yes We Could Negotiate Some Sort Of a Swap.”

For all the protests (in vain) held in Pakistan for Dr. Aafia’s release and for all the injustice done to her, no past leader of Pakistan could break a deal with America. Imran Khan’s headstrong leadership and brave stance have earned him a great reputation around the globe. It was expected of him to make a bold suggestion of Afridi-Aafia Swap, with determination-filled eyes. When all other leaders forgot, he didn’t. When the opportunity knocked, he answered remembering Dr. Aafia.

In an interview with Fox News on Monday, Imran was asked about the imprisonment of Dr. Afridi who has played a major role in capturing Osama Bin Laden, to which Imran Khan gave a remarkable reply.

Imran answered that he is considered a Spy in Pakistan. We thought of the United States as an ally and the information about Osama should have been handed over to us for our forces to capture him. Not the other way around.

Fox News Special Report anchor Bret Baier questioned upon hearing this answer, “You are a prime minister, you can make a decision can’t you,” Bret asked.

To this Imran Khan hinted over a possible negotiation, saying that one of our doctors [Dr. Aafia Siddiqui] is in your jails and maybe a swap can be placed on the tables. 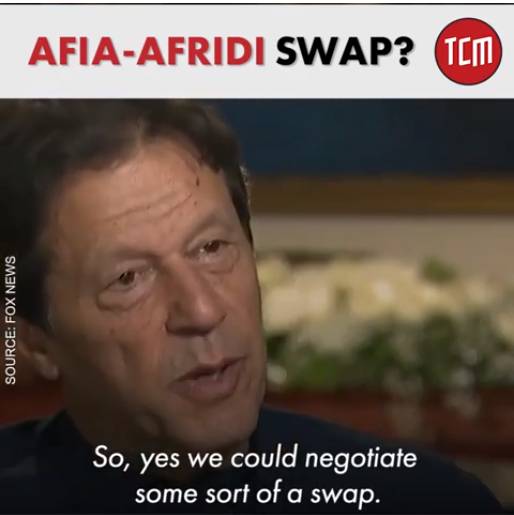 People Are Hopeful With A Hint Of Disbelief That Dr. Aafia Might Finally Get Released After Years Of Torment.

Indeed, Pakistan does not have to bend its back for America as it did in the past. Everything should be carried out on equal grounds.

Absolutely, a leader has finally emerged that has thought everything through.

Imran has time and time again proved to be a true leader that means business in the favor of his country and its people; nothing more. Pakistan truly has been steered into a direction that will bring much success and progress in all fronts to this much-exploited nation.

How hopeful are you for Aafia Siddiqui to finally return back home? Let us know in the comment section below!

4 Exercises To Do At Home During Pregnancy! – The Guide To Safe Exercising In Pregnancy
Mohsin Abbas Haider Finally Got Fired From ‘Mazaaq Raat’ For Abusing His Wife And He Deserved It!
To Top