A sad story narrated to Parhlo.com by a lady living in Islamabad exhibits how dismal and corrupt the situation of certain segments are in the land of pure. Her story is about a cat and veterinary doctor in Islamabad, who allegedly murdered the cat instead of treating it.

The story begins with a Facebook post where she shared all the evidence from fake reports to pseudo bills. Later on the lady, Emaan Ghauri talked to Parhlo and shared the whole details.

“I am writing this to warn you against the malpractices being carried out by Pets and Vets run by Dr. Faisal. Two weeks ago I took my perfectly healthy and happy cat for dental scaling and they recommended running a few tests first. They took Blood Tests & gave me the reports on a self-generated Excel table instead of the standard machine prints which said she had raised Urea and creatinine. I asked for the machine reports but was never given those.” 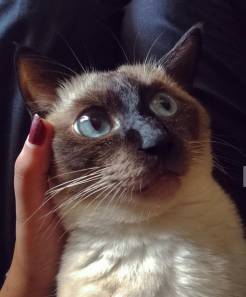 “Seeing me extremely upset the butcher Senior Vet, Dr. Wahaj, said “Bas kuch din IV lagaien ge issko, kidneys se toxins flush out honge aur ye theek hojai gi, magar kharcha ho ga”. I was desperate and agreed to pay any amount. Now anyone who’s ever gotten a saline drip, knows they don’t cost any more than 200rs. They were charging me 3k per drip when I asked why so, I was told, “Imported Kidney medicine bhi daalte hain”. I don’t know why they thought to mention that the medicine is imported would justify the outrageously high cost but they constantly overcharged me for everything. Throughout I wasn’t allowed to go see my cat. When I asked for a picture, I was told “Sorry mam not allowed”. The only reason I never argued much was because I knew my cat is in their hands and the last thing I wanted was for them to treat her badly,” she wrote in her post.

The reports were unofficial

Emaan said, “After 2 days of taking her to get her drips, they ran another kidney test. This typed new report, (I’ll be attaching pictures below), said my cat had recovered. My brother and I were waiting for them to bring Mao to us, when Dr. Wahaj comes to us and says, “Meine unofficially iske renal test ke saath iska parasite test bhi kardia and she tested positive for it. Isko Blood Parasites hain aur iska injection abhi nai dia tou she’ll die”. Being left with no choice and no proof of her having those, we had no option but to let them give her the injection they said she needed to live. When we asked for the report of the blood parasite but he said he had done it unofficially so didn’t have it. We got her injected and took her home.”

“A day passed and my cat’s health kept getting worse, she had swelling on her stomach and when I mentioned it to him he said, “its common, cats swell up when stressed”. I also noticed her leg had a cut on it and she was limping in pain. I knew something was wrong because just in one day, my cat had entirely changed. She couldn’t walk, she wasn’t eating, nor drinking, she used to growl when we touched her, she was in pain. At night I called them again and mentioned the growing swelling and he said, “bring her back tomorrow.” 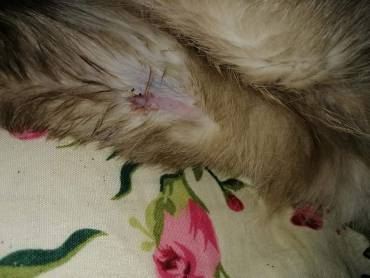 Emaan added, “When I took her, they ran her tests again and this time to my utter shock they informed me that she has ascites and her kidneys have failed along with other organs. Dr. Wahaj then said “Ab ma’am, isko euthanize hi kara dein”. Writing this my heart sank just like it did when I heard those words come out of that disgusting man’s mouth…”

“I rushed to Dr. Rana, where they too ran her tests and told me her kidneys were in a bad shape but the reports I was getting from Dr. Faisal’s clinic were fake,” she said.

“I knew they had done this to her and the damage done was irreversible, when I messaged them on their OFFICIAL number to give me her original reports, they BLOCKED my number…”

While tears in her eyes, Emaan told Parhlo, “The day when she was anticipating to have her cat totally cured, the doctor told her it is better to euthanize it.” Euthanize is a process to kill an animal with certain medicines. “The doctor of Pets NVets even asked me to deposit a discounted amount of Rs 5000 to kill the cat.” 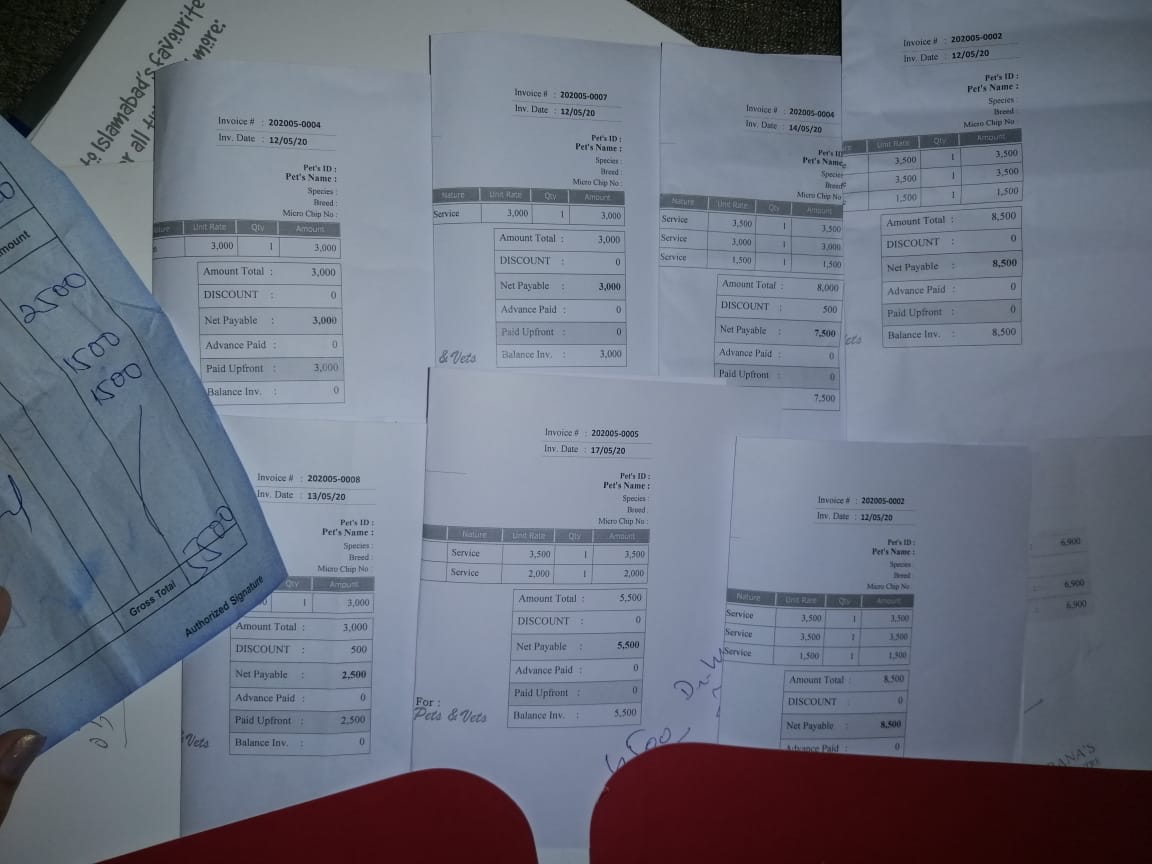 Emaan has pursued a legal case against Dr. Wahaj.

“Dr. Wahaj, due to his utter guilt, offered a few ‘free’ IV drips for my cat after having sucked the life out of her. They charged me over Rs50,000  and when she was breathing her last breaths they decided to offer me a few free drips to further kill her.”

“He also lied to my face about having a machine that showed blood test readings for only minutes whereas in every other clinic an automated slip comes out once the blood serum is put in. It shocks me to see how well and how effortlessly they are able to fool people by giving false values and inflicting pain upon these harmless creations of Allah,” she said.

Emaan brought up the cat-like her child. She abided by the Hadith of the Prophet. However, the doctor was digressed from what is prescribed by the religion peace, Islam. It is quite hard to see someone die in your arms whom you brought it up for seven years.

Also Read: Helpless Dog Dragged To Death After Being Tied To Vehicle In Karachi