Karachi, one of the biggest and most populous cities of Pakistan took a major hit recently that shook its entire infrastructure. The monsoon rain came in strong as predicted but the damage it caused was far greater and graver than expected. Majority of Karachi was flooded including people’s homes, with rainwater mixing with all sorts of rubbish that litter the streets of Karachi, usually.

This wasn’t the only inconvenience caused to the people of Karachi just before Eid-Ul-Adha. The sheer negligence and poor maintenance work of Karachi Electric (KE) took away not only the lives of the sacrificial animals but also the precious lives of countless citizens that included young children as well. Valuable lives were lost due to electrocution. The lifeless bodies of children and men lie in flooded roads near electric poles reminding how irresponsible and indifferent our authorities are. 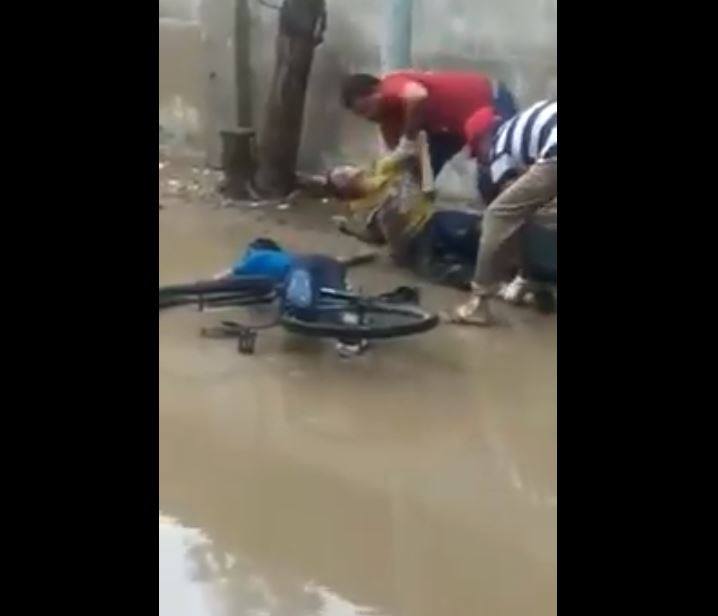 The city is in shambles with no proper drainage system, clearly, including no system of garbage maintenance and disposal and now K-Electric’s sheer stupidity that didn’t take any precautions against such dangerous wiring all over Karachi. While other countries exercise insulating their poles, ours lay bare killing so many people. K-Electric surely just like our corrupt politicians will neither accept their fault nor will these lives lost will urge them to make necessary arrangements. However, One Sister Of A Deceased Brother Who Died Of Electrocution Spoke Out Against K-Electric Seeking Justice!

Her Facebook post is heart-wrenching and a reminder what every family member of those who passed away by getting electrocuted must be going through.

Hamza Butt along with his two friends died just the day before Eid and his sister Mariam Tariq Butt through a Facebook post has reached out to the people of Pakistan to collectively rise against K-E and the Water and Sewerage Board. “A moment changed everything.
I lost my brother Hamza Butt along with two of his friends, Talha and Faizan on Sunday, 11th August 2019.
It’s not easy to write this, my heart is wrenching right now but I want justice. I know raising my voice won’t bring Hamza, Faizan and Talha back but In Shaa Allah people won’t lose their loved ones like this.
KE is responsible for our losses. It is because of their civic irresponsibility and carelessness that has lead to the deaths of many people including my brother.
Rain and Thunderstorms were forecasted weeks before and as per usual, no precaution was taken. It had started raining since 10th August 2019 and KElectric knew it very well that the probability of electrocution was really high so they should have been double alert and responsible. They should have given it a double check without anyone telling them, without the public calling them to come to fix things, but NO they were being negligent and incautious. They could have done something when one rickshaw driver passed away due to electric shock, taken an action there and then but they did NOTHING!! They are nothing but incompetent.
And more people kept on dying but nobody showed any care. Not just KElectric is responsible for this, but the Water and Sewerage Board is equally responsible for these incidents.
We need a change in our society and that’s the justice we need.
My fight is against WATER and SEWERAGE board and KElectric and all those people who dump their garbage in nalas.
My father was able to put an FIR against KElectric after a lot of hassle but it is just not enough.. I request you all to help us and our families to get through this trying time and I also request you all to make this post viral, reaching maximum people, so that the Government takes strict action against these inconsiderate institutions.
#LetsCleanKE #NoMoreDeaths #CleanWaterAndSewerage#WeWantJustice#WeWantChange” We really hope the government takes necessary action and re-structure these irresponsible institutions including the city’s crumbling infrastructure; these lives lost need justice otherwise they were lost for nothing at all.

Want to add something to this story? Let us know in the comments!

Celebrities React To Priyanka Chopra’s Two-Faced Statement About India And Pakistan’s War!
This Couple’s Road Trip Showcasing Pakistan’s Beauty Is Making All The Lovebirds Pack Their Bags!
To Top