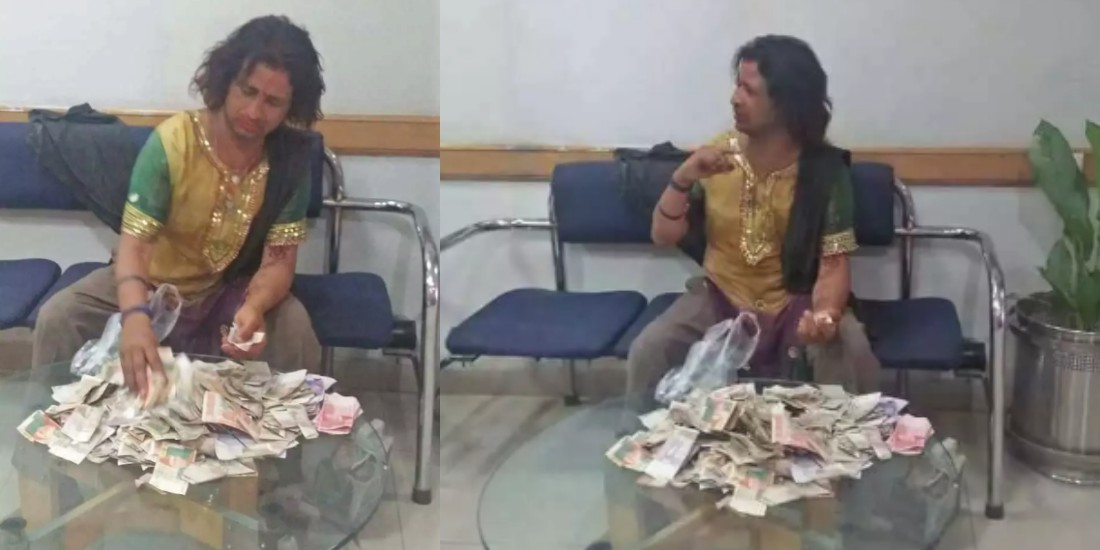 We all have grown up hearing our elders say that these beggars at the streets are richer than any mediocre citizen. So much and so that we too start to believe it as a fact. Many a time, we see these beggars having stacks of money in their hidden pockets and we can’t stop but wonder at the fact that begging alone can get you big money than working a 9-5 job! And at other times, we see these transgender beggars with tons and tons of makeup but we open our own bags only to find receipts and coins. How do they afford this much makeup that too for daily use?!

With all these thoughts in our mind, we just pass by giving them a 20 rupees note that may God bless them; thinking that who knows they might be in need of it! But this one guy broke all our doubts! LIKE ALL. So, yesterday a photo on the internet went viral where this beggar from Rawalpindi, who seems to be transgender, brought all his money to get it deposited in the bank! 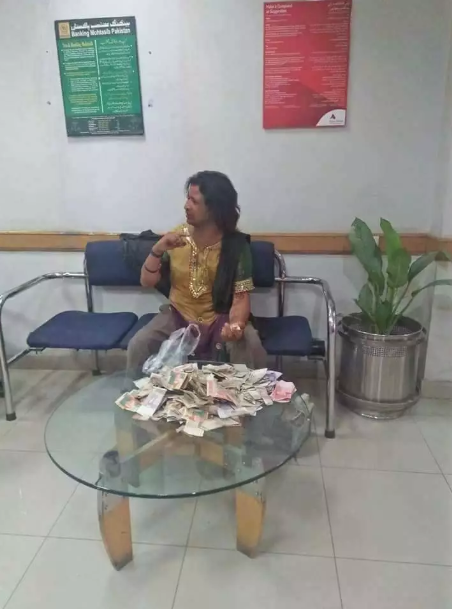 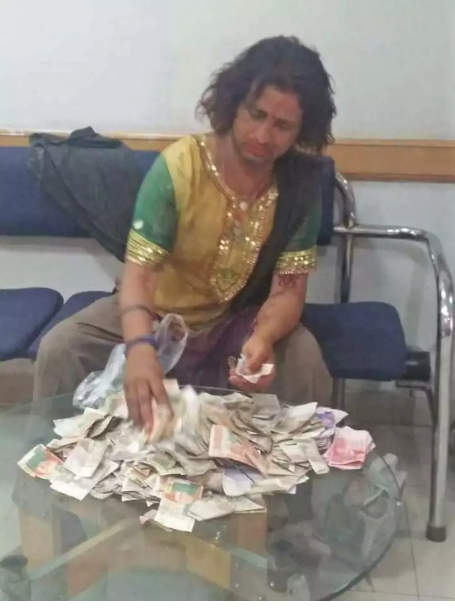 He was seen at Bank Alfalah where he must have come to deposit the money that people have given him in the month of Ramazan! Muslims all over the world give some amount of their assets to the needy as Zakat. And since in country like ours where transgenders are not given enough basic rights, they are also deprived of equal employment opportunity. Hence, they tend to come out on roads and beg out of utter need.

But people couldn’t digest this guy depositing so much money…

Maybe because he doesn’t seem suspicious. No?

OKAY! This is what people need to know

Pretty much indeed! He doesn’t seem to be having 1000 rupee note at all.

Call it anything you like. But he’s not stealing and robbing.

Jee zaror! From the above comment, he seems the one in need.

We just hope that this guy counted his money in the meantime and got them deposited. What are your thoughts on this? Let us know in the comments.