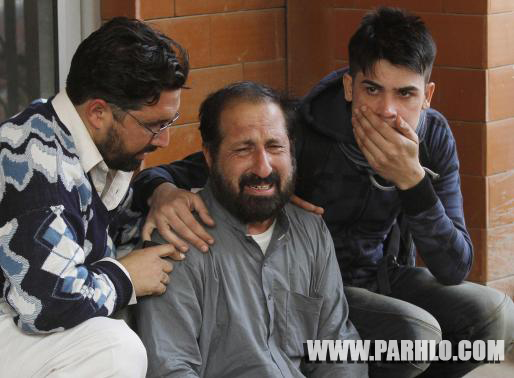 It was a bright and a very beautiful morning in the city of Peshawar. The mid-december brought with it really cold weather. The usual morning rush hour had started. Little kids carrying school bags which were bigger and heavier than themselves were coming out of their houses. They looked funny but cute. All the kids were wearing those warm woollen hats, gloves and warm jackets.  Some were waiting for their vans alongside their parents and crying too. The mothers were , as always, persuading their kids to go to school. Their usual comforting line would be,” Beta, it’s gonna be fun, you’ll enjoy with your friends at your school, and while returning I shall prepare for you a delicious meal.” Some kids were comforted by this, while others were not. Everything seemed completely calm. The Warsak Street was filled with little and big feet making there way to their school, the ill-fated Army Public School. 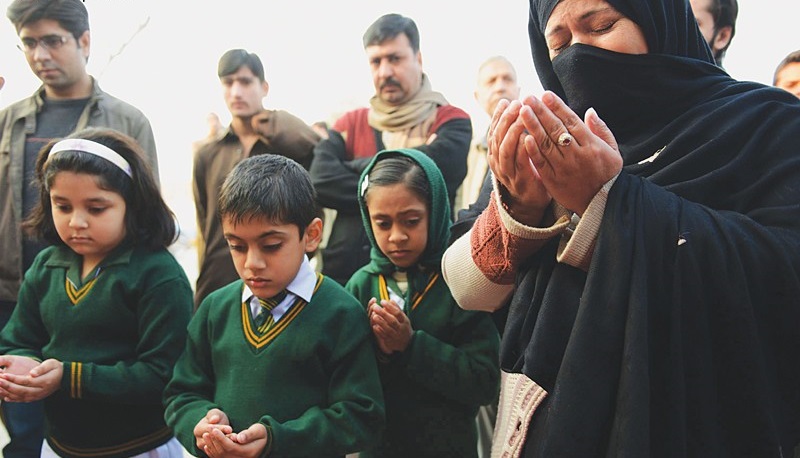 The kids were happily socializing and making plans for the soon-to-happen event which was supposed to be held at their school’s auditorium. Amongst the crowd was a young female, dragging her 8 year old son who did not want to go to school at all. Her mother approached the gate with her screaming little boy. He was wearing a green blazer, green pants along with a cute tie on the white shirt underneath his fine coat. His hair were quite messy. Still yelling. His mother told him that he needs to be a good boy and go to school so that he can become an educated doctor and save lots of lives. Well, this comforted him… a bit. She bade him farewell and watched him disappear into the thick crowd of 500 students into his well-guarded school. Little did she know, this was the last time she saw her only son alive…. 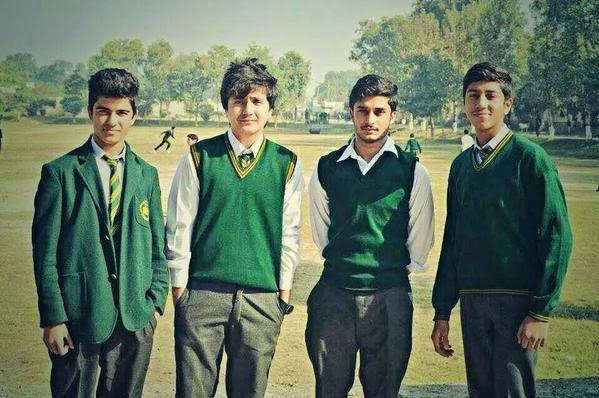 By now you must have heard the news of me getting killed in the attack at our school. I know Ammi, you are crying a lot and so is Papa. I can see everything from up here. Please don’t cry. I cannot see you both cry. It hurts me. I can see you both wailing and shaking my body violently and pleading me to come back. Ammi, stay strong please. Didn’t I tell you that I didn’t want to go to school today?

The function in the auditorium was going quite good. I was seated right in the middle from where I could see the stage clearly. Everything was calm and pleasant when suddenly a couple of Army men entered into the dimly lit auditorium. I thought they were here to watch the show, but they were all armed. They did not wear masks. Ammi, they looked very scary! And all of a sudden one of them shot down our Chief guest. We all screamed. And then they started firing on us. Many of my school-mates were hurt, some of them died on the spot. We started running here and there desperately searching for an escape. Ammi, I couldn’t find an escape route, I was so small. My friends from higher classes blocked my view. All I could hear were gunshots that almost made me deaf. I felt scared. I was lonely. I needed you Ammi. Where were you? I wanted to hide in your arms…

I also cried a lot and I was frantically shouting out to you and Papa, but I wasn’t sure if you were hearing me. Were you hearing me Ammi Jan? Didn’t Papa hear too? You used to say that you were always with me. Then where were you today? By then, my school’s auditorium was in complete chaos. Ammi! There was blood everywhere. I ran for the door and tripped over my English teacher’s body. I saw her, she was lying down in a pool of blood. I tried to wake her up too, Ammi. She did not respond. I knew something was terribly wrong. They even burned one of our teachers in front of us and forced us too see her die. She was a very good teacher. Why did they burn her? Why were these uncles killing us? I ran out of the auditorium and towards the sports field. I knew I could escape.

But as soon as I reached for the field there was another Army uncle who was in the field firing at us. He saw me too. I ran back inside but it was too late. Ammi, he fired me straight into my chest, twice. It started paining Ammi, my blood started to pour out and I fell down. The big monstrous man came over to me, stepped on my hand and pressed it against the ground, I managed to let out a short cry of pain, and then he shouted at me ‘Say the Kalma!’ He wasn’t human at all ammi. He shouted again in his somewhat Arabic accent. I couldn’t even manage a word out of my mouth. Seconds felt like days. The terrorists were worst than monsters in human disguise. It was very painful. I was facing difficulty in breathing. I did not want to move because it increased my pain. My body started to go numb soon. All I wanted was your lap to rest my head on. I thought I was sick, and you would come over and carry me with you, give me some syrup and sing me a lullaby until I sleep. It was all I needed, one last time, I could hold you, I could kiss you on your forehead and your voice, I wanted to hear it call my name. Slowly, my vision got blurred, the pain increased, I tried to cry out loud, but couldn’t. I always wanted to be a doctor, if I had been one, maybe I could have cured myself, right Ammi? And then I coughed a mouthful of blood and that was it. Yes, I was in my school uniform in the morning and now I sleep in my little coffin.

Papa always told me that Dadi went to Allah Pak and Allah made her a star. I think he was right. I am a star high above that world, it’s so beautiful up here. It’s also very peaceful here unlike our country. And I have met many angels here. They are so beautiful. And we all kids are living in a grand palace where we play all day. We have been told to wait until the Day of Judgement, when that uncle who killed me will be thrown in Hell. And I will wait for you both, I will hold yours and Papa’s index fingers and we will go to Paradise together, Ammi. Everything is beautiful here. But I miss you both. Don’t grieve over my death, it was Allah’s plan. Keep your faith in Allah strong. He is indeed the best Judge. He will make the wrong-doers pay for their sins. In the end, dear mother, just convey my message to the world that we Muslims are not terrorists, if we had been terrorists, today I wouldn’t have died. We want peace. Our religion wants peace. I don’t want any more kids of my age to suffer the same fate as I did, nor their parents Please tell the world to achieve peace ‘together’. It’s the only way to make this world a better place to live. That’s all. I love you, Ammi.

I know it’s very hard but please be Patient.