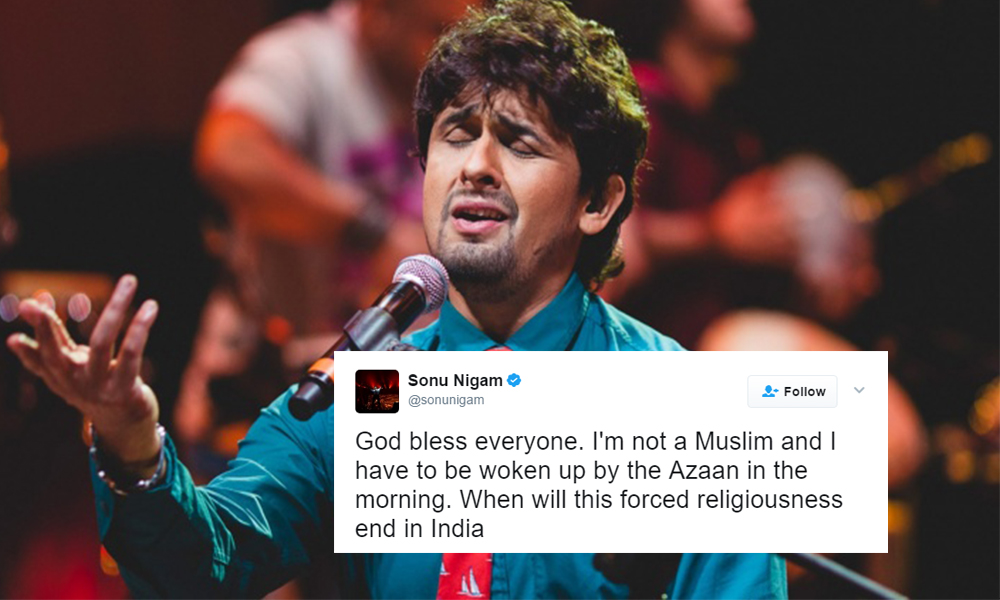 I think by now you are all aware of the commotion that went on Twitter in the last couple of days. What sparked a controversy was a thread of tweets by the very famous singer, Sonu Nigam. For those of you who are new to the story, here’s what you need to know:

Sonu Nigam made some tweets regarding how the call for Muslim prayer, Azaan, disturbs his sleep every morning.

He mentioned how during the era of Hazrat Muhammad (SAWW), there were no loudspeakers, so then why do Muslims use it now?

And by the way Mohammed did not have electricity when he made Islam.. Why do I have to have this cacophony after Edison?

People from all over the world reacted to the tweets. While some were in favor of what he said, many were against, keeping in mind that there are millions of Muslims in India who deserve the right to practice their religion. However, what seemed really interesting and encouraging was how this is Hindu girl, Maya Sharma questioned Sonu Nigam:

@sonunigam As per ur own logic, there was no electricity even in our Epics. So, why r we Hindus using loudspeakers for our festivities now?

@sonunigam There was no firecrackers during Ramayan time. So, why are we using firecrackers that causes noise n air pollution now?

@sonunigam I respect u for ur singing.But, looks like you r seeking publicity like Abhijeet now by making controversial statements. Shame.

@sonunigam Next time, you get an offer to sing in Loud Navratri events etc, make sure you reject it as a protest of “forced religiousness” ????

It wasn’t a Muslim that tweeted something against Hindu’s and their bhajans, but rather the other way around. Whether Sonu Nigam tweeted it out of frustration or for the sake of publicity, it doesn’t change the fact that he has picked a very sensitive topic and spoken about it in the worst possible manner. He has exposed this subject, a subject of minorities in a country which restricts them from their rights.

Aside From Maya Sharma, A Number Of Other Indian Celebrities Shared Their Views Regarding This Issue

You would think that a discrimination of this magnitude would have nothing but people condemning it even if it came from a celebrity as widely known and loved as Sonu Nigam, but that is not at all what happened. In fact, the music industry of India stands quite divided on this matter. 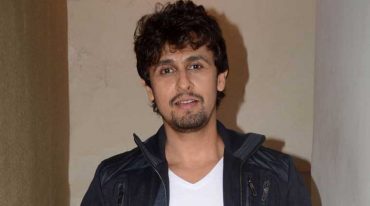 While controversy sparked as Twitter became the battleground of an old fight between Hindus and Muslims, the Indian music industry wasn’t far behind to share their thoughts about the issue. 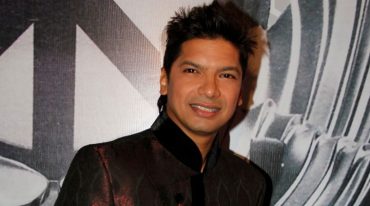 Another famous Indian singer claims that he is standing beside Sonu Nigam in what he said not only because they are close personal friends but because what Sonu tweeted was right. He thinks that whether it is Azaan or Hanuman Chalisa, it is all just noise pollution.  He thinks that everyone’s religion is their own but also that nobody has the right to disturb the peace of anyone else with their beliefs. 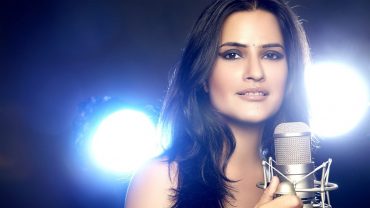 Singer Sona believes that people should be more compassionate about one another. She feels that everyone has a right to their spiritualities and that people in India should adopt a more “live and let live” attitude towards these things if they have to survive in the big city. She claims she doesn’t know Sonu’s reasons for why he tweeted what he did, but she knows that it was wrong of him. 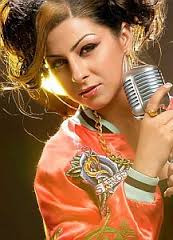 Indian Rapper Miss. Kaur disapproves as well. She believes that if in a city like Mumbai you can’t complain about the noise pollution such as construction, who are you to complain about something so important as Azaan? Kaur states that at one point you just have to make your peace with it and let people live in peace. 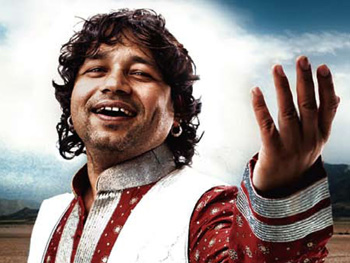 Kailash Kher stands with Sonu Nigam and feels that Sonu has pointed out something quite important that people these days don’t. He thinks that there is no religion but humanity itself. He believes that we need to learn the lessons of love and harmony that we preach to others.

Why Does It Always Come Down To This?

Our advice to Sonu Nigam as a nation: invest in some earmuffs or earbuds that will cancel out the “forced religiousness” and might we add ignorance.