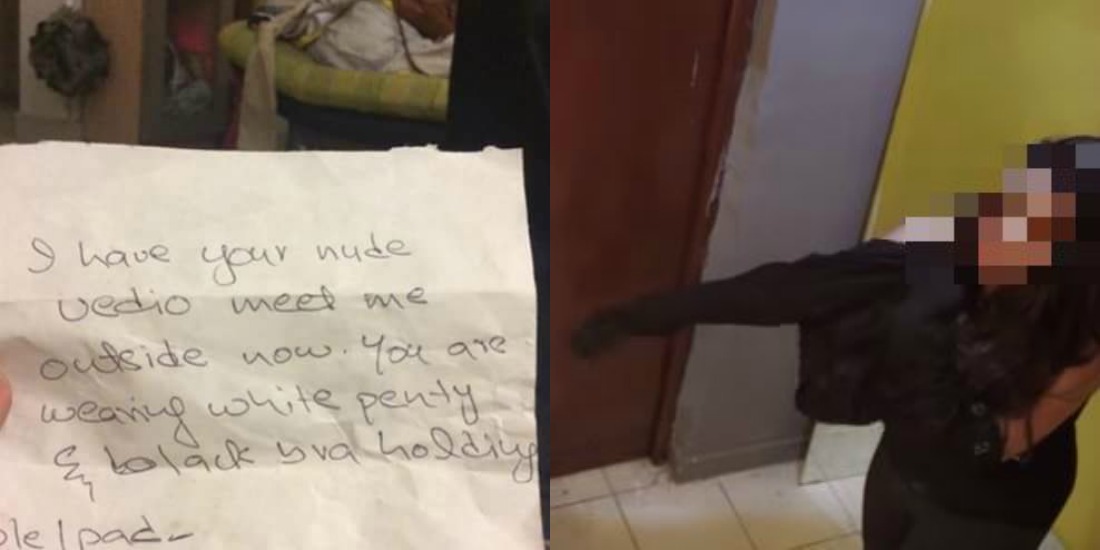 Shameful, appalling and disgraceful are small words for what you’re about to see and hear. A Facebook post and screenshots surfaced on the internet, when a girl from Lahore opened up on social media about how she was harassed recently by three boys who lived in her society, which is the Askari 1 Apartments in Lahore. 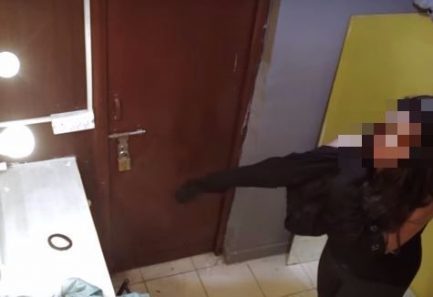 The girl, who had her identity remain anonymous for obvious reasons, wrote to her friends on Facebook, saying:

“Today at around 12 AM, while on the phone with my friend I heard someone knocking on my window, and point ting to this note. I live in a fully gated colony (askari 1 apartments) and the window of my room looks out in a communal garden. Despite this, three guys in their early 20s were able to open my window and make videos of me changing my clothes. They slipped this note in and asked me to read it. I got pissed at their audacity because at first I thought it was them slipping their cellphone numbers to me, but upon their insistence, I opened and read this note. 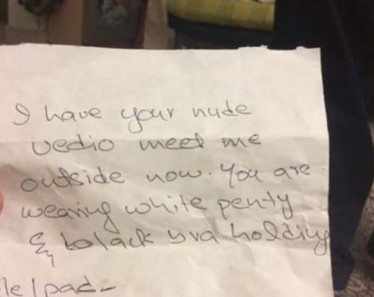 Once I had they DEMANDED that I come outside right now and listen to what they had to say to me. When I said no, they said it more forcefully ‘bahir nikaal, tujhe batatay hain’ at which point I absolutely lost it and stormed outside my room with my father to give them a fucking piece of my mind. However, they ran away before I was able to catch them but I made sure that my whole colony woke up and heard what happened.

The questions that followed were basically polite jabs at my character: why was her window open? Are you sure she’s not involved with one of the boys? As if ANY of that matters when somebody took videos of me in MY ROOM, without MY consent and then had the audacity to try and blackmail me without ANY fear of consequences because they knew they could get away scot free and they have. Consent for females isn’t a concept in this country and I am done with it. I am DONE. This is not the first time I have been sextorted, nor am I the only woman going through it. So when you all whine about the extremists in our government, the rapists roaming free, the level of sexual and physical abuse women face in their homes, know that it doesn’t come from a VACUUM.

The men doing these things are your sons, your brothers, your fathers and yourself. STOP ENABLING THIS TO HAPPEN TO THE WOMEN. Ghar main kaid kero aur WAHAN bhi jeena haraam ker dou.”

After the shameful incident, this is how Pakistanis reacted to it with absolute disgust!

Haan she's a friend of mine. Fucking scary. Fucking pissed us off subah subah. Fuck men.

So glad she actually had the balls to share her experience. Women here silently take all the bullshit which enables these fuckers.

a baseball bat should have met some heads that night

this kinda thing happened to one of my friend, she was traumatised

I actually thought Askari 1 was a good place to live, been there gazillion times but never expected such a thing. pathetic.

@Shairlock she should expose those pervs to the world.

It would’ve been a service to the society had these utterly disgusting and vile animals in the shape of humans caught and sent to jail where they would meet abusers like them. That would’ve served justice. As a precaution (not that you should do it or you are obliged to, because it is better to be safe from such animals), we suggest, while changing clothes, you lock your windows and make sure there is no one watching or filming you [Again, this is NOT what you should be doing, but just to be safe as a precaution].

7 Mind-Blowing Lahori Dishes You Have to Try In Ramadan!
50 Shot Dead By Omar Mateen At Gay Nightclub: Is Islam To Blame?
To Top