Remember how Joey from sitcom FRIENDS once said, “Joey doesn’t share his food,”?

Well, we saw a real example in a throwback.

A woman from Blackburn in London stabbed her friend with a knife as he took fries off her plate. She first slapped him and later used a home knife to stab him. Causing him some injuries there and then, the boyfriend escaped the premises. However, the girl, Diane Clayton met her friend the next morning and stabbed him again, using fries as an excuse to do so. There were also reports which suggested that the couple was drunk and what Diane did was after she had a few drinks. Diane also stated that she had a little-to-none memory of these events.

All of this happened at a mutual friend’s place. What enraged her was how Simone, the defendant, left no fries for her and ate all of them in her absence. With the accused pleading guilty, Diane has been sentenced to jail for 6 months. While she did all of this for her love for french fries, now Diane is living on the food served in jail!

So kids, what do we learn from this event?

Do Not Take Someone’s Food – Especially Their Fries 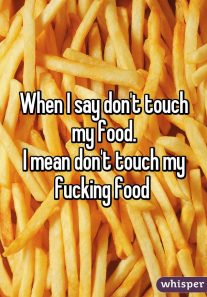 Seriously, what kind of joke is this? You think it is funny to take someone’s fries? No, it is not.

If You Can’t Control Your Hunger, Do Not Date Someone 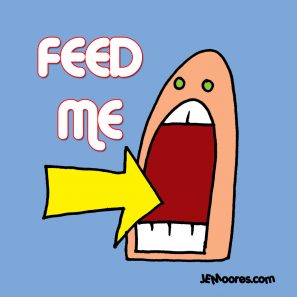 Because seriously there will be times when your head will be out of order and your hunger pangs will lose control and take over and that is when you do something like Diane did.

Whatever Happens, Do No Hit Someone 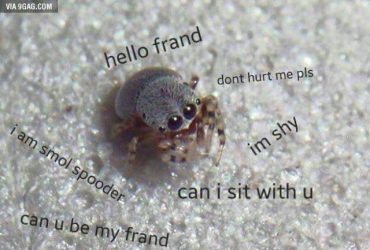 While taking fries is an offensive crime (not even kidding), it still doesn’t validate the fact that you can hit someone, or even stab them with a knife. It is no joke!

Avoid doing such things or you will find yourself behind bars the same way as Diane. Not only will you have a criminal record, but you will also miss out on eating fries for a brief period.

Read Also: Dear French Fries Lovers, Here’s A Bad News For You And It Will Make You So Angry!

A 13-Year-Old Boy Was Killed During The Alleged Blasphemy Protests Against A Hindu In Balochistan!
Cheaters!! Petrol Pump Staff Caught Red Handed And Taught A Great Lesson By These Guys
To Top