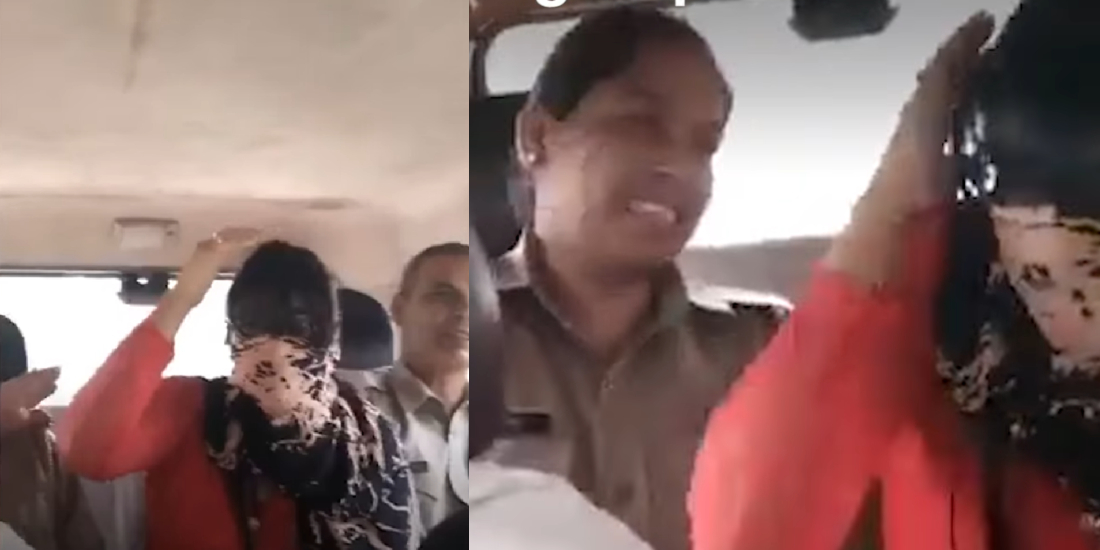 In a world where free will and freedom of choice is chanted everywhere; the increasing awareness of human rights has now made people little aware than before! Agreeing to disagree and co-existing without putting down your choice of opinion is everyone’s right. There’s nothing wrong if a person disagrees with the cultural norms and opinions, and yes disagreeing never mean disrespect!

However, this incident that happened in India, last Sunday shocked so many people that it almost created a chaos.

Shocking video of the girl who was rescued by cops from Vishwa Hindu Parishad goons who were harassing a Meerut couple for Love Jihad. The cops after rescuing the girl began assaulting her in the police van calling her out for chosing Muslim partner and made video. @uppolice pic.twitter.com/l0eIPmJKnp

All four cops, including lady constable and Homeguard, were suspended! After a vast majority of Indian journalist created enough noise to be heard!

Girl in India assaulted for ‘having a Muslim partner’

A disturbing video has gone viral in India showing police beating a woman for allegedly having a relationship with a Muslim man.Three officers have now been suspended.

The most shameful example to prove why we urgently need police reform and a new social/political culture. Uniform on the outside, hateful communalists on the inside. Do see and share till they are sacked. pic.twitter.com/xgWHM2ueKb

Thrashing the girl for ‘choosing a Muslim partner’ on camera wasn’t enough for UP police. Talking to me, the girl confides,”Police forced me to file rape case against my friend-coz he is a Muslim-in exchange of a clean chit.They said I can walk free if I file a case against him.” pic.twitter.com/ofKAszEh8a

“I was shocked and scared. Didn’t know what to say to them except the fact that nothing happened. I had merely gone to study and exchange notes with my friends. Never knew a thing as harmless as studying would cause such chaos,” said the girl.@Uppolice @meerutpolice

The girl was harassed and tortured, beaten up by the police. She was only freed by the police upon the arrival of her parents. The extremism of UP police is completely condemnable.