Prince William And Kate Middleton Will Visit Pakistan This Year|Parhlo.com

It is in confirmation that Prince William and Kate Middleton will be visiting Pakistan this year in autumn! They are going to be the first royals to visit the country in 13+ years. Obviously, Pakistani’s are excited and are prepared to give a warm welcome to the Royals.

The British Royal Family Have Visited Pakistan Before:

Within a statement from Mohammed Nafees Zakaria, The High Commissioner for Pakistan, this visit is special because of the history shared by the two nations. He said, “The upcoming Royal Visit is a reflection of the importance the United Kingdom attaches to its relations with Pakistan,” to further add, “The two countries enjoy historical links which both sides wish to strengthen further.” 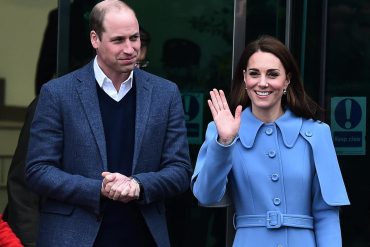 Also on Instagram, the Official Kensington Palace account updated a post with the caption, “Her Majesty The Queen visited Pakistan in 1961 and 1997, and The Prince of Wales and The Duchess of Cornwall visited in 2006” and this will be the latest visit.

Previously, Prince of Wales and Duchess of Cornwall traveled to Pakistan in 2006. Dating even far back is Queen Elizabeth II’s visits in 1961 and 1997. Pakistan extravagantly welcomed all these royals into the country. Despite history, Pakistan once again proves itself as a hospitable country where the citizens appreciate tourists and foreigners. We tend to treat normal tourists with such courtesy so considering that these people are royals, it is for sure everyone will hold out warm embraces for them.

Not to mention, Princess of Wales Diana has frequently visited Pakistan for various charity events. Pakistan is grateful for her help and love towards the country. 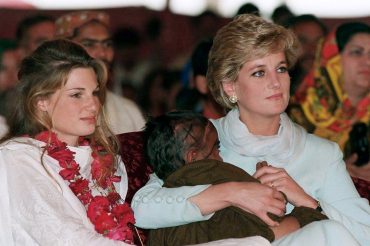 The British royal family has also welcomed a new member, which is Prince Harry and Megan’s child. The wedding was grand and beautiful but a bit controversial, as Prince Harry wanted to marry outside of the royal blood. When their marriage had been in consideration, there was outrage from all over Britain. It really is a rare occurrence within the royal family to marry someone that is not royal. However, as the Prince was going to continue anyway and people believed there is more to controlling someone’s love life, the couple received support.

During the initial times, Prince William believed that Harry was hurriedly going on with the process. He thought the relationship would end on bad terms. Apparently, the two brothers barely saw each other in about six months. According to Emily Andrews, A Royal Correspondent, Harry and William had a tricky relationship. “I think behind the scenes, Harry and William’s relationship has always been up and down actually but of course, we’ve never really seen that,” said Andrews.

Regardless, Pakistan is excited over the Royals visit as it has been years since they have step foot in the country. An official visit after 2006 really makes their visit more meaningful and welcoming.  All you have to do is just wait until the autumn of this year.

What do you think of the situation? Is it a great idea for Prince William and Kate Middleton to visit Pakistan or will they leave with a disappointing experience? Share your thoughts.

Pakistan Won Against India To Become Champions Of The Asian Team Snooker Championship 2019
Waqar Zaka Finally Solved The Raza Bughti Vs Samreen Rape Case And Justice Is Being Served!
To Top