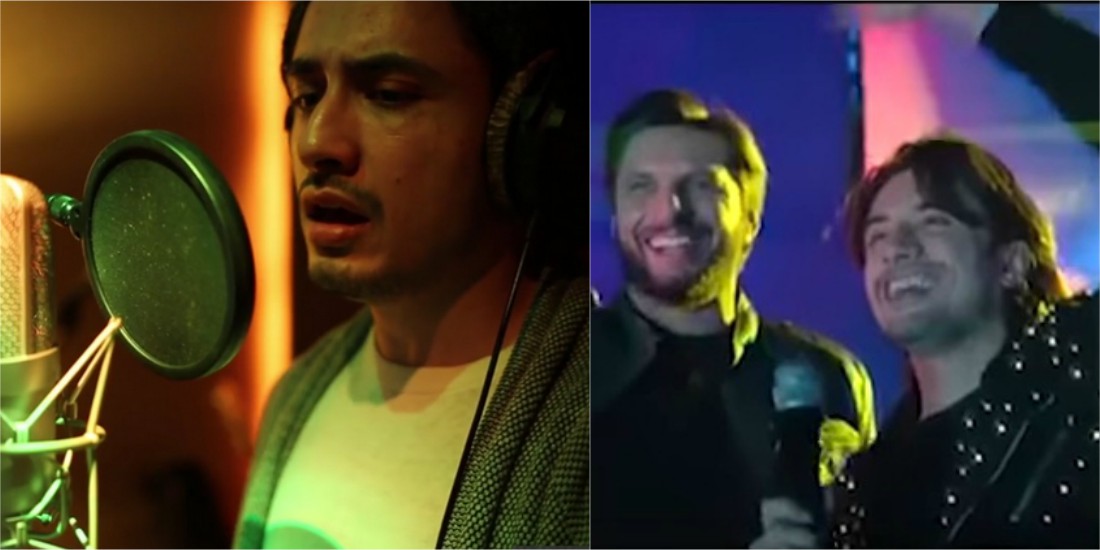 Pakistani rock star Ali Zafar finally released the third official song of Pakistan Super League 3 titled “Dil Se JaanLaga De” but sadly this time fans are not as pleased as they were expected to be.

Why @SarfarazA_54 is not part of #PSL3 anthem. after all, he brought the Champions trophy to Pakistan. #PSL3. so disappointment @AliZafarsays

Really disappointed #PSL3 song not as per expectation…. @AliZafarsays

Where is Captain Sarfaraz in PSL Anthem ? #PSLAnthem

“Two things that lie at the heart of our nation’s DNA are cricket and music and I am extremely fortunate to live these two passions in this lifetime. As exciting as it is to write, compose and to sing the official anthem for the third time, it was actually quite challenging given that last year’s anthem was such a massive hit.”

“I cannot explain how humbling it was to hear it play from every car, home and in every street when the final came home to Pakistan. In fact, when I was writing it, I wrote the entire chorus based on the vision, hope, and dream of cricket returning to Pakistan and we are very fortunate that it did! This year’s anthem takes that thought further and it is based on a celebration; that last year’s dream was fulfilled, that the PSL embraces the very essence of cricket and pride; that Pakistan and Pakistanis will take the Super League to the next level again this year,” he added

Yes, Ali is right, previous PSL’s anthem Khel Kay Dikha and especially AbKhelJamayGa was a massive hit, and people were expecting more this time. Everyone was excited about yet another anthem and after a long wait when the video of three minutes and twenty-five seconds long anthemDil Se JaanLaga Dewas out it broke people’s heart.

Is it a really a sad song?

Lyrics were like a sad song & seems like @AliZafarsays was sleeping during audio recording! Really disappointed? #PSLAnthem #PSL3

The first one was best ?
Second one was awesome ?
Third one is boredom ?#PSLAnthem

Do people really care that much about the #PSLAnthem ?

It's not as good as it was expected. The wordings part has no thrill #PSLanthem

Just heard the new @OfficialPSL anthem. Big fan of @AliZafarsays but this is disappointment. Hope the season won’t be disappointing like this song ???#PSLAnthem #PSL3

You have to make efforts

What do you think about new PSL anthem? Let us know your thoughts!