According to the Foreign Minister Shah Mehmood Qureshi, Prime Minister Imran Khan and President Donald Trump might be meeting soon. The date regarding their meeting is still under consideration. Apparently, Trump offered an invitation to the Prime Minister but Khan could not visit him in the U.S because of the budgetary issues. Whether this might end up as a Trump vs Imran Khan legacy again, is still unknown.

This meeting has a lot of weight considering the pessimistic relations between the two countries. Moreover, President Trump wants to discuss “regional matters” with the PM. It seems like this invitation is forwarded because of the tension between Pakistan and America. Maybe, the President believes it is the best time to present and address these problems.

It is in confirmation, however, that the meeting might take place in September when Prime Minister Imran will visit U.S for the UN General Assembly. Further, according to the officials, the meeting has been in the pipeline for quite some time now. Rumors say that Trump probably wants to settle the peace deal in Afghanistan and is perpetrating a solution for it, while also addressing other issues with Pakistan.

America And Pakistan Relations Are Tense:

U.S fears the China-Pakistan Economic Corridor (CPEC) project because it believes that it will be responsible for the flourishing of both Pakistan and China. In addition, CPEC will definitely strength Pakistan and China relations while also contribute to the economies of the countries. The U.S considers both of them as enemies. Not to mention, Trump has defamed Islamabad before as well while checking the country for any ‘abnormalities’. The U.S also needed Islamabad’s help regarding the Afghan Taliban issues.

China is a threat to the U.S and it is for sure that once China completes this project, it will be a difficult time for such countries. It is no surprise that just as the U.S’s relations with India stabilize, its intimidation towards Pakistan and China increases. 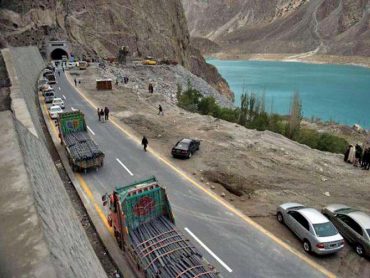 Pakistan has assisted the U.S in many manners regarding their struggle in Afghanistan; even if America and Pakistan relations are in the dirt. After the U.S and Afghan Taliban’s communication to see common ground, there were several disagreements.

Moreover, Pakistan had no role within these ‘talks’ and that was specified beforehand. Nevertheless, then the country was encouraged to sort out a solution for the peace deal.

Yet, even retired U.S Army colonels are taking to Twitter to put the entire blame on Pakistan for a war that started because of ‘certain reasons’ that no one wishes to admit. He said, “As I have long stated, Pakistan is waging a proxy war against Afghanistan & the U.S. Large numbers of Pakistani nationals are fighting with the Taliban & al Qaeda, many reportedly Pakistani soldiers. Pakistanis created the Islamic State in Afghanistan”

As I have long stated, Pakistan is waging a proxy war against Afghanistan & the U.S. Large numbers of Pakistani nationals are fighting with the Taliban & al Qaeda, many reportedly Pakistani soldiers. Pakistanis created the Islamic State in Afghanistan.https://t.co/83EeiK1u81

The world has witnessed the Afghan war going on for decades. Many believe it is high time that another country invading Afghanistan’s territory and contributing to its on-going terrorism needs to leave.

The topic of discussions within the meeting is still unclear but there is an assurance that there will be talks regarding Afghanistan.

What do you think of the situation? Can there be peace between the countries or is it still a long way to go? Is the Donald Trump VS Imran Khan war not seeing an end? Share your thoughts.

Amna Ilyas Says Goodbye To Modelling And She Doesn’t Regret It
Meet Dua Khan And Her Mother Who Runs A Shawarma Stall In Lahore And This Is Extremely Inspiring!
To Top