There is a  Himalayan border standoff between old foes China and India, triggered by India’s construction of roads and airstrips in the region. India is trying to compete with China’s spreading Belt and Road initiative.

Chinese and Indian soldiers have been camped out in the Galwan Valley in the high-altitude Laddakh region. They are accusing each other of trespassing over the disputed border, the trigger of a brief but bloody war in 1962.

What is happening at Laddakh? 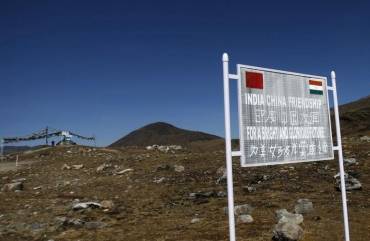 Meanwhile, about 80 to 100 tents have sprung up on the Chinese side 60 on the Indian side, said Reuters. Both sides were digging defenses and Chinese trucks have been moving equipment into the area, the officials said, raising concerns of a long faceoff.

Will there be another war between China and India? Well, many Indians on social media already think that if there will be any war between the two sides, India will crush China, just like it was pleading them to go back a few days ago.

Dear #XiJinping this is not 1962 this is 2020. Also remember last war of 1967 between India and China. pic.twitter.com/HrkCCpIosD

🇮🇳🇮🇳🇮🇳🇮🇳🇮🇳🇮🇳🇮🇳🇮🇳🇮🇳🇮🇳🇮🇳🇮🇳🇮🇳🇮🇳In 2020,india will respond that china will be destroyed.#bycott china #india stand with hongkong taiwan nd Tibet china has to fight india is ready gets ready to fight this is not 1962 will ruin china💪💪💪💪🚩🚩🚩🚩🚩👇 pic.twitter.com/sTsB3k1FWc

Wounded China desperately wants a small war with someone to change the current global situation and domestic discontent.

Taiwan, India, Japan & its own territory HongKong are in its list. pic.twitter.com/fC6Jnb9XTW

india should wage a war against china for territorial aggression.#CCPdictatorship @PMOIndia @China_Amb_India

We killed 340 in one day, china should stop the expoort of coffins especially coffins with height below 5feet before starting a war with india cuz you will be needing a lot of it, the world knows who are land grabbers and its china, pic.twitter.com/gH1IdiUO2j

However, Indian claims are very tall as videos have emerged how their army has been struggling in front of the Chinese soldiers. China has entered the Ladakh region and the Indian Army instead of fighting is requesting them to ‘please go back’. Some of the Chinese Soldiers were bashing Indian soldiers for violating border rules.

Hunter In Muzaffarabad Kills Rare Female Leopard And Is Now Chasing Her Male Partner!
Surf Excel & Kids Of Pakistan Honor The Frontliners By Putting Up A Mural On Eid!
To Top