Indian RAW agency is known to cause terrorism and problems in Pakistan for a while now. Many people have lost their lives due to incessant terror incidents, which have made the lives of people in Pakistan very difficult. In a nutshell, the peace of the country is deteriorating evidently.

FIA officials are suspecting that the identified agent is a member of the Karachi fire brigade. He was in India for 14 months, where he was given training on how to create bombings and how to use high-tech advanced bombs. Besides, there are also two more money exchanging companies that are allegedly part of the RAW sleeping cell. 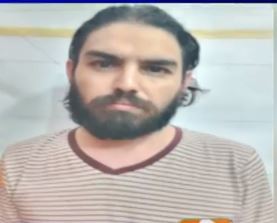 Simultaneously, the suspects were sending money for the purchase of anti-state elements through Hawala and Hundi. A large number of laptops, cell phones, and guns were also in their use.

“Information about others involved in the activities have been sent to all the airports in the country,”

The FIA officials to register a case soon

FIA officials are registering a case against the arrested suspects. The investigation is still underway. An ASI (Assistant Sub-Inspector) is also in police custody for his involvement with RAW.

In addition, the suspects are believed to be recruited by the Sindh police in 1991. In addition, all the men are known for facilitating his partners at the airport along with incidents of target killing and terrorism.

Recently, a horrifying incident took place at PSX, where a group of four terrorists tried to attack and barge in. Luckily, thanks to the bravery and hard work of the Pakistan police, all terrorists were terminated. 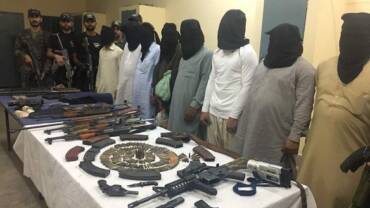 However, what is more, suspecting is how Indian agencies one way or the other seem to be a part of terrorist activities that are happening in Pakistan.

We applaud our forces for their bravery and hope that all that are causing such crimes in Pakistan to get the punishment they deserve.