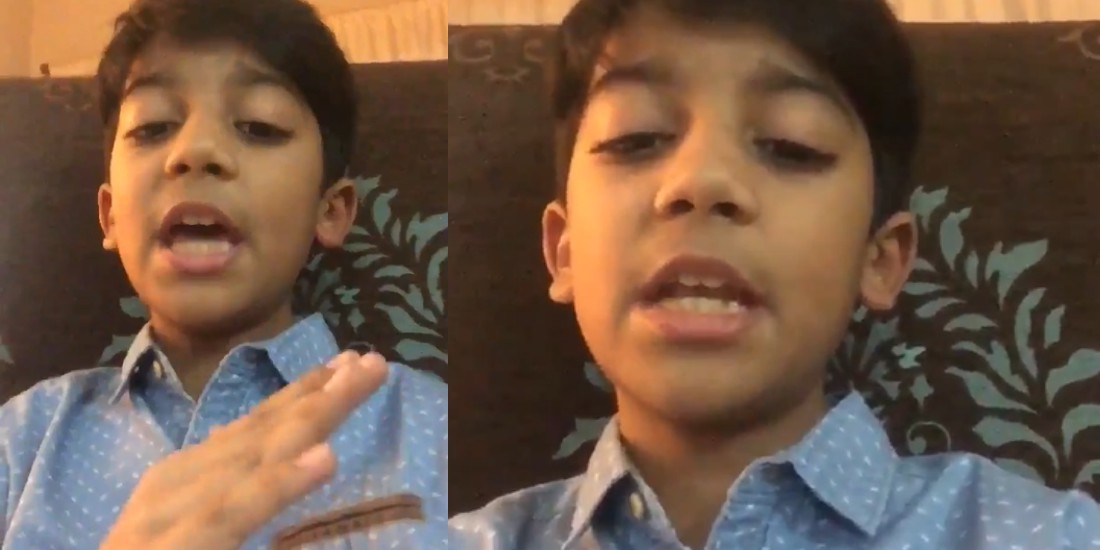 The entire country is taken by storm and everyone is focusing on two things creating awareness about sexual abuse and demanding justice for Zainab. An 8-year-old was kidnapped in Kasur and her dead body was found 5 days later on Tuesday. Zainab was kidnapped in near her residential area and a CCTV footage caught the kidnapper taking her…

When her dead body was found in trash and news came pouring-in on media everyone was shocked to see the barbaric act. However, after all these days the culprit is still roaming somewhere and is not caught yet!

Yesterday the father of this 9-year-old boy posted a video on Twitter of his son. The kid is talking about how he saw the news and want every kid to know the safety tips regarding abuse and bad touch.

Here is the video of Firzam…

"Kids Awareness Message"
Firzam (my 9 yrs old son) initiated this awareness campaign. Please show this to your kids & encourage them to speak up for their safety.#JusticeForZainab pic.twitter.com/icOowSI8Yp

He also talked about how kids shouldn’t receive anything from a stranger and about the private parts that no one is allowed to touch; if anyone touches so, it’s called a bad touch. Kudos to the kid and we appreciate his parents for the teaching.

1. Frame the conversation for yourself as a way of loving your child. Most of the times when kids do not report sexual abuse that is when the kids fear the reaction of their parents.

2. Begin talking to them as young as 2 years old. Know that it’s not a one time talk, they are kids and need a constant reminder to be careful. Furthermore, the frequent parents are talking about it the more kid would be comfortable telling you back.

3. Explain that no one should physically hurt them, especially in their private parts.

4. Explain that a secret is still a secret when shared with the parents. Let them know that parents are kid’s best friend so they are okay sharing if anything bad happens to them.

Share this video with your kids and respect their questions if they have any on this issue.

صنم بلوچ کا سانحہ زینب کے حوالے سے ساتھی اداکار سے جھگڑا ہو گیا
Zainab’s Mother Shared How the Child Had the Change in Attitude From the Past One Month!
To Top