America is almost every Pakistani’s utopia. It’s where you think all your dreams of a great career, huge house, a better living standard, a good-looking spouse and all things material will come true.

That’s until you actually get there.

Then you realize none of that’s actually going to happen.

Even so, ‘Amreeka‘ definitely tops every Pakistani’s “Ek baar toh jana hai” list. Here’s a list of things that happen to you if you’re a Pakistani visiting America:

1. You realize having a driver is a huge blessing when you have to walk long distances and run to catch subways!

2. If you’re visiting with your parents, you’ll hear a constant chant of “Astaghfirullah” walking around the streets…

Protect yourself from the “fahaash” women clad in shorts, showing off their cleavage, and walking arm in arm with men. 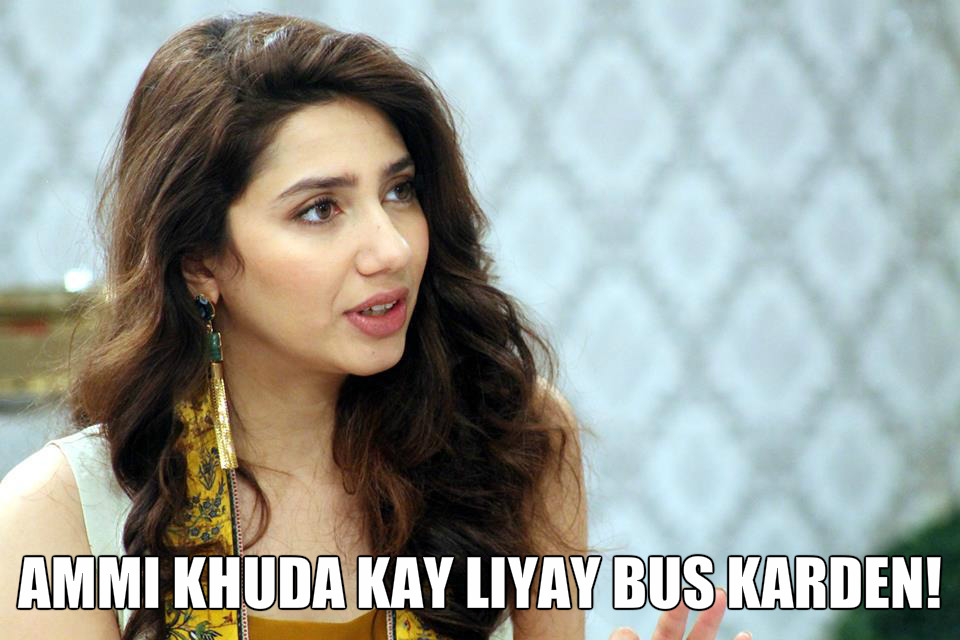 3. When you go out shopping, you can’t help but convert the prices into rupees to check if it’s worth buying;

4. You’ve dreamt all about raiding Victoria’s Secret but the moment you enter the stark reality of your finances dawn upon you!

But you’re crying inside.

5. The constant haram-versus-halal food battle will want to make you kill yourself.

Looks like it’s just going to be daal, sabzi and fish.

6. You’ve assumed that the traffic laws are followed down to the last detail so there will be no traffic at all – New York will be the first one to smash your expectations into a thousand pieces!

You awkwardly try to explain you’re from Pakistan, this place that USED to be a part of India.

Next, you’ll either see a confused face, or hear this:

Depending upon whether or not they know of it.

8. You’ve thought about sneaking out to nightclubs and partying all night:

You’ve had a strong urge to have one sip of alcohol too, but your parents have become extra vigilant to keep you in the halal zone.

9. Let’s not forget the pictures you pose for at every stop you make;

And the accent that you’ve developed for your friends as proof of your visit!