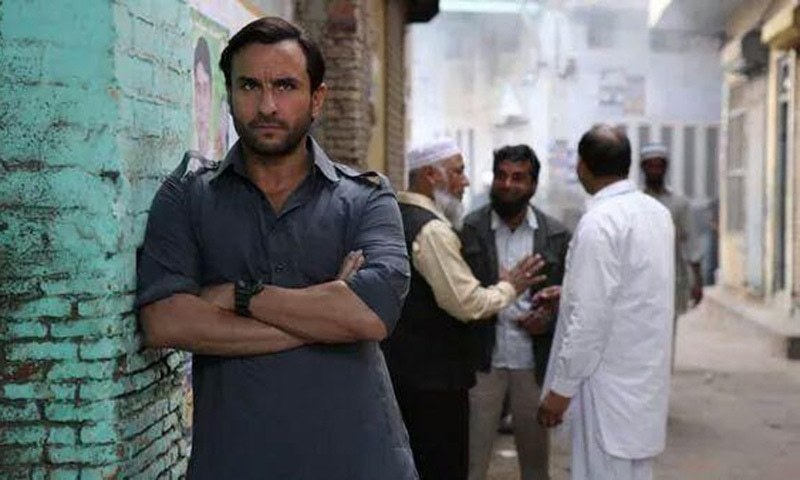 Sometimes it just takes one comment to tick off an entire nation. That’s whats happened when “Chotay Nawab” decided to say he’s lost faith in Pakistan since having faced a ban in Pakistan on his previous film Agent Vinod, Saif’s Phantom bore the same fate after our censor board’s final verdict declared his movie inappropriate to be screened in Pakistan. He also went ahead and said “The irony is that everybody is going to watch it anyway on pirated DVDs. That’s what happens a lot in Pakistan.”

So after his pathetic comments, in came some pretty amazing come backs:

2. Shaan: Faithless Saif needs to find a life beyond Pakistan 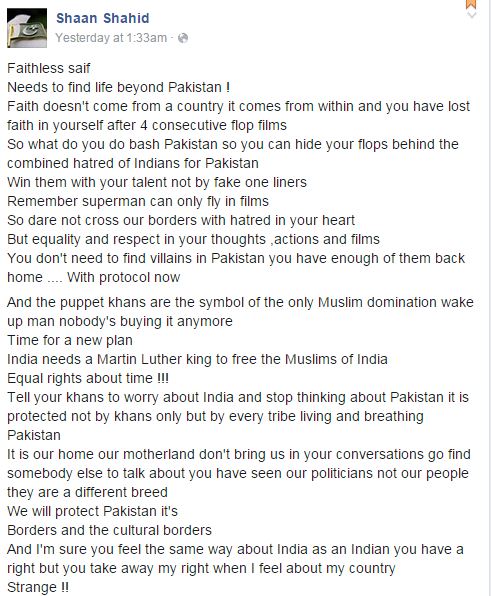 India is releasing a new movie called Phantom. Saif Ali Khan says he has “no faith in Pakistan”. This is what I think about the movie, and Saif’s statements.

Here’s What Others Have To Say About it: 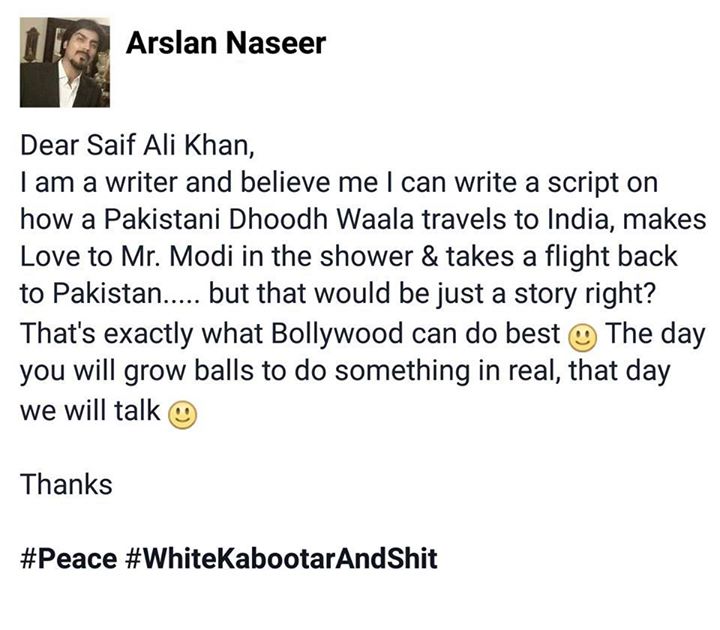 Lol after what has happened to saif Ali khan here I would like to say be careful with your words , better saif than sorry ??????

This, Saif Ali Khan, this!! pic.twitter.com/GgwEbPEkNf

Also See: 7 Next Level Sarris Of The Day by The Sarri-alist Movement

These 7 Young LUMS Grads Are Taking Pakistan To The Next Level
6 Facts About India’s First Mosque – Built By Our Prophet’s (PBUH) Companion: Malik Bin Dinar (RA)
To Top