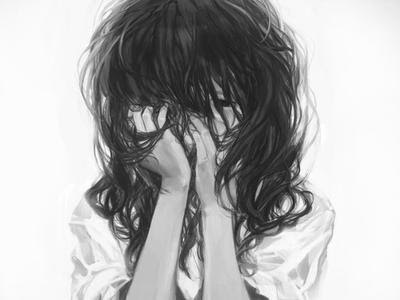 Is it a girl’s fault that she’s not as beautiful as other girls? She doesn’t possess much pretty features and most of all she’s an average looking girl. Why do we all look at an average looking girl like she has done something really sinful? We live in a world where your looks decide your destiny in life. Life of an average looking girl is full of barriers and she needs a lot of confidence to fight against discrimination. No doubt somehow she would manage to fight the world but deep inside her she would first be fighting with her own self. She would be running through thousands of sentiments.

Here are 9 problems which an average looking girl faces:

An average looking girl will undergo a series of complexes. She thinks others are better than her. She might get thoughts that she’s not good at anything. From her dressing to her physical appearance she compares it with others. Moreover, this would crush her confidence too. Due to her complexes, she might become insecure. The world won’t seem good to her and she would curse herself for everything which happens to her.

The fear of rejection is something which is always on a girl’s mind who has average looks. Either it’s her interview for a job, proposal for marriage or any other thing. The fear of rejection never lets her approach the thing in a positive way. Before starting something new she might just jump upon its consequences in a way negative.

The criticism of the world might cause her to undergo depression. She would like to stay all alone, want to just shut herself in a room where only she can stay peaceful because it’s the only way for attaining mental peace.

The girl might not like any social gathering. She becomes an introvert. She would dislike being surrounded by people. Furthermore, she would avoid any gatherings and would like to have her own alone time where she can rethink of all those hurtful comments and occurrences which happen with her on regular basis.

Criticism, rejection and complexity will ultimately result in lack of confidence. She might not be confident and comfortable in doing certain things. The concept of others is far better than her will be a hurdle in moving ahead in life.

As she thinks that she’s not good at anything so her mind would always be intrigued with negative thoughts. If someone would give her a helping hand so she might take it in a wrong way. She might assume it is a sarcastic comment or criticism.

She would consider this world an evil place where nothing worthy happens to girls like her. At times, she might plan to just run away from all things and start to live in isolation.

People may definitely not like good thoughts but they would assuredly like your good looks. Just because she’s not beautiful, people might not agree with her point of view. Therefore, she might have problem in trusting others. She would see this world in a doubtful way and would also hesitate in saying her interpretation.

She would develop a concept in her mind that she is not beautiful so nothing good will happen to her. She would consider beauty as a parameter to judge anyone in every stage of life.

Everyone is beautiful in their own way. It’s difficult to deal with such situations but one should always remember that we all created by God, he must have bestow something to us which others might not have. Just be confident on what you are and don’t let such thing spoil your life.

It’s Time To Take Action Against Marital Rape
[Video] A Sweeper at Ghaziabad Hospital, Lahore Just Performed a Medical Procedure and It Is Scary
To Top