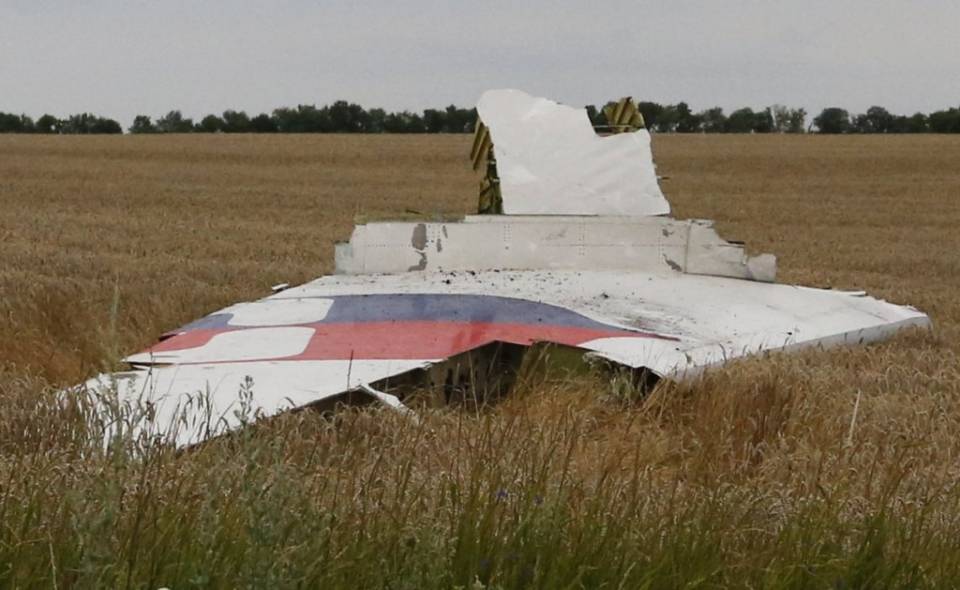 When it was first announced that flight MH-370 disappeared without a trace, there had been voices suggesting that the same plane will be later used in a false flag operation.

Personally, I tried to ignore the speculations thinking that no secret agency could ever conduct such an insanely-obvious operation, expecting that the rest of the world is stupid enough to buy it.

Boy, was I was wrong!

It’s not only that the ‘official MH17 story‘ is filled with gaps, but there are also bizarre accounts and coincidences that are impossible to ignore:

The aircraft allegedly shot down over Shaktarsk is a Boeing 777-200, ID number M9-MRD.

Recent, ‘near conclusive’ evidence reports that MH-370 (M9-MRO) was actually hijacked before it disappeared. This means that the hijackers could have safely landed the plane somewhere else.

The US military base Diego Garcia is conveniently located within flying distance of the spot where MH-370 disappeared from the radar.

One of the passengers on board MH-370, Phillip Wood, allegedly managed to send a photo from his iPhone, tracing back to the previously mentioned military base.

If the US secret services got possession of the MH-370 jet, then it was a child’s play for them to set it up for a false flag operation suiting their needs.

After the story of a passenger jet having been shot down by pro-Russian separatists broke loose, Russia lost a lot of credibility and support due to the US propaganda machine.

2. THE CRASHED PLANE HAD A DIFFERENT CONFIGURATION OF WINDOWS THAN MH17

Unfortunately for those who staged the false flag event, the MH17 plane had an extra window (below) next to the second right-side door, which MH370 did not and neither did the wreckage of the airplane!

According to independent journalist Jim Stone,

“It is important to note that MH370 [bellow] was new, and therefore never repainted. This is the way the flag ALWAYS looked on Flight 370, and it forever pegs the shoot down plane as flight 370.”

“Next is flight MH17. Notice the flag position, and ALSO, that MH17 has an extra window on this side of the aircraft, TOTALLY BUSTING THE OFFICIAL STORY.”

So, what does it all mean?

The plane wreckage shown in the propaganda pictures doesnâ€™t have the window configuration of MH17, whilst it matches the one of MH370.

The conclusion is obvious:Â the wreckage belongs to the â€˜lostâ€™ flight MH370.

“A top pro-Russia rebel commander in eastern Ukraine has given a bizarre version of events surrounding the Malaysian jetliner crash” suggesting many of the victims may have died days before the plane took off.  [People at the crash site]: A significant number of the bodies weren’t fresh, adding that he was told they were drained of blood and reeked of decomposition.”

According to independent journalist Jim Stone:

“It is being said that a Dutch doctor who was at the scene within a day has released testimony that the bodies on the plane were rotten and dead days before the crash, which would corroborate what the military commander said and that evidence is there that they were also tortured before the crash. However, the translation from Dutch is very poor and I am working on secondary confirmation.”

This means that the bodies found at the crash site in Ukraine are probably the passengers of MH370.

4. ALL THE VIDEOS WERE CREATED BEFORE MH17 WAS ALLEGEDLY SHOT DOWN

“A look at the time stamps for the nine versions of the video that allegedly shows a conversation between Ukrainian anti-fascists and the Russian military and uploaded to what is said to be the Ukrainian Security Service (SSU) youtube account, indicating that all the videos were created before MH17 wrecked in the afternoon 2014-07-1.” [3]

Remarkable unit with timestamps confirmed by the date stamp for when the videos were uploaded to a local server contained herein.

According to the Daily Mail, Flight MH-17 was photographed by one of the passengers just before boarding, but the identification number doesn’t match!

The ID of the plane in the propaganda picture is ‘9M-MRC’ (Daily Mail):

6. FLIGHT MH17 WAS CANCELLED, ACCORDING TO FLIGHT RADAR SCREEN

7. INVALID AND PRISTINE PASSPORTS AT THE CRASH SITE

All the passports appearing in the propaganda video are in mint condition. They want us to believe that ALL passports have escaped undamaged after an airplane filled with fuel was shot down by a SAM missile” not to mention the 33,000 feet drop.

And that’s not all! Many of presented passports are clearly invalid: some have been hole-punched in the upper left-hand corner, while others have been clipped (triangular cut-out from right-hand center front cover)  making it impossible that any of these decommissioned passports could be used to travel internationally at the flight’s port of Departure in Amsterdam.

In a testy exchange between AP reporter Matt Lee and U.S. State Department Deputy Spokesperson Marie Harf, Lee virtually corners Harf into admitting that the ‘evidence’ presented by the U.S. to blame Russian-backed rebels for the shoot down of Malaysia Airlines Flight 17 [now exposed as MH370] amounts to nothing more than YouTube videos and social media posts.

9. AWARD-WINNING REPORTER BLOWS WHISTLE: U.S. SATELLITE IMAGES SHOW UKRAINIAN TROOPS SHOOTING DOWN THE PLANE THAT WAS PRESENTED TO US AS MH17

Award winning former Associated Press reporter Robert Parry has been told by an intelligence source that the United States is in possession of satellite imagery which shows that Ukrainian troops were responsible for the shoot down of Malaysian Airlines Flight 17 [now exposed as MH370].

“What I’ve been told by one source, who has provided accurate information on similar matters in the past, is that U.S. intelligence agencies do have detailed satellite images of the likely missile battery that launched the fateful missile, but the battery appears to have been under the control of Ukrainian government troops dressed in what look like Ukrainian uniforms.”