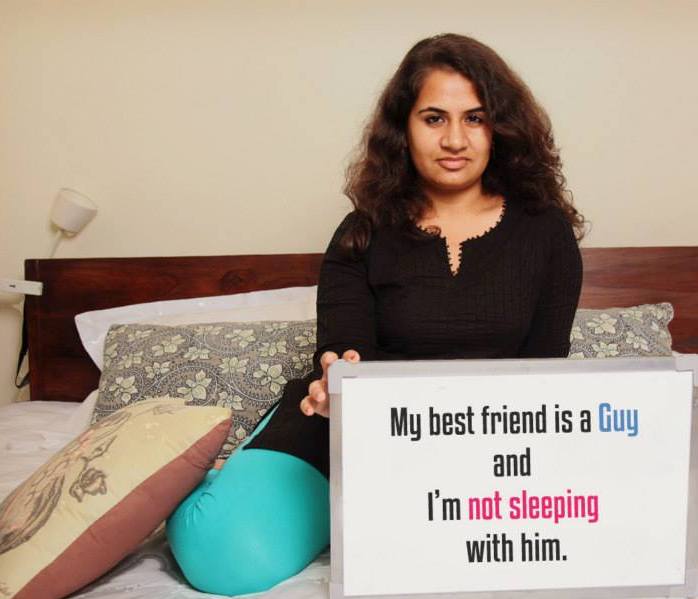 “When a man gives his opinion, he’s a man. When a woman gives her opinion, she’s a bitch.” ― Bette Davis

As soon as girl reaches a certain age, she is expected to get married and have children however it is completely acceptable for a man to stay single till his 40s and start a family when he pleases. God forbid women who actually want to have careers instead of getting married and having babies!

2. A Girl Will Be Judged If You Have Ever Been In A Relationship

If a boy has had several relationships in the past he is considered to be some sort of a hero, however if a girl has had a long line of exes she is labeled as being ‘promiscuous’ or ‘unfaithful’

At a young age, if a girl tops the class she is called dull since her knowledge is just theoretical. But if a boy does well, he somehow has superior intelligence.

4.  If A Girl Misbehaves She Is Ill-mannered

If young boys misbehave, it is considered normal behavior because they’re boys. However if a young girl does something disobedient she is given a much harsher punishment, because it’s not ‘normal’ for a girl to behave this way.

5. If A Woman Voices Her Concerns, She Is Labelled As A ‘Bi**h

Women are encouraged to be strong, just not to give her opinion. If a man believes in something, however stupid it may be, he’s correct. If a women argues about something she knows is right, she’s labelled as a ‘bitch’

6. A Woman Should Not Earn More Than Her Husband

After marriage, a woman can be financially independent but she should not earn more than your spouse. She should always be a step down from where her husband is. She should be emotionally and financially stable, but how dare she try to intimidate her husband by thriving for success?

7. Women Should Always Cover Themselves Up ‘Properly’

A woman should be well dressed but at the same time should not be promiscuous. Remind me again why it’s a women’s job to tailor her outfits in a way that men do not get distracted?

8. A Confident Woman Is Often Tagged As ‘Bragger’

If a man talks about his accomplishments, he is confident. On the other hand if a woman does the same thing she’s immediately called braggy or insufferable.

But at the end of the day…

Also See: 12 Hilarious Childhood Theories On ‘How Babies Are Born’

Also See: Meet The Most Hated Guy On Instagram! His Photos Will Make You Hate Him Too! (18+)