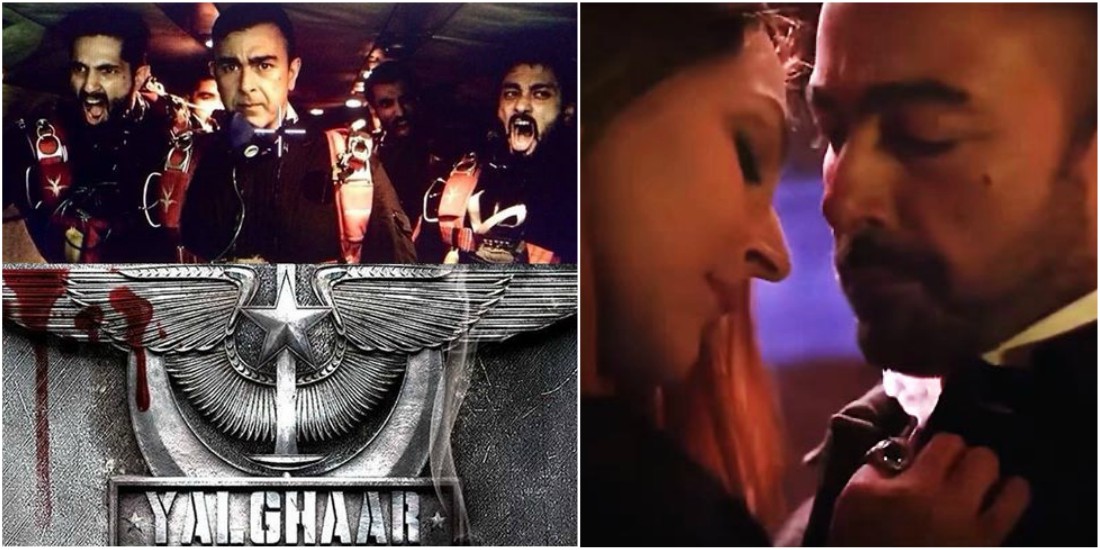 I am not a movie critic nor do I have any liking for war movies. My reason to watch Yalghaar (the overly-hyped and allegedly the most expensive Pakistani movie till date) was plain and simple – patriotism. I went to the theater to support our wibbly wobbly cinema industry (and to feel less guilty about watching Tubelight). Before going to the theater, I asked myself: “Seriously girl, you wanna do this? The online reviews suck!”

The patriotic movie buff inside me answered, “What the heck, you went to watch Actor In Law, Wrong No. and Jaliabee too! Don’t be choosy now.” So, I booked the tickets for an afternoon show and not-so-surprisingly, we had the entire theaters to ourselves – no kidding! Even the cinema staff didn’t bother to stick around. Of all 80 something seats, there were only two occupied and that was the only good part of the next 2.5 hours.

Now, I had watched the trailers earlier, so I kinda knew what I was getting into. And let me tell you one more thing — I am a huge Salman Khan fan so that means I have an extraordinary level of acceptance for lack of storyline, bad acting, abrupt scene changes and cheesy lines.

But neither my patriotism nor my one-sided romance with Salman Khan was enough to prepare me for Yalghaar.  I am not going to complain over the weak plot, sloppy voice-overs or wasted talent, I just want to mention a few absurd and pointless things that took Yalghaar from just a bad movie to a why-the-F-would-you-do-that movie! 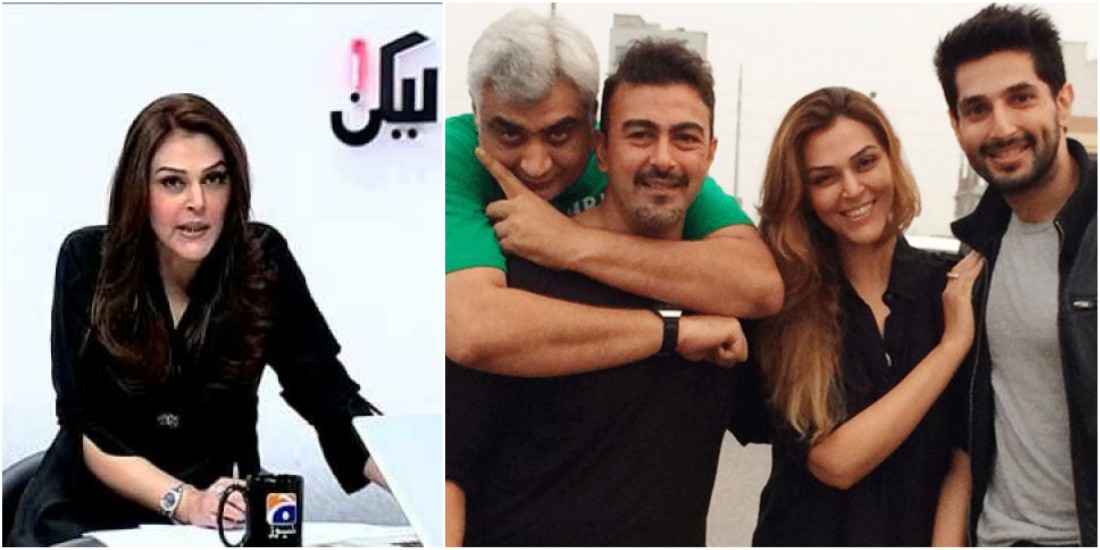 Her perfectly coiffured hair, paired with a 100-watt complexion and bad dialogue delivery was more suitable for a Pantene’s commercial rather than a gritty movie where she plays the role of a celebrated journalist. And let me remind you of the fact that the lady has no journalistic role whatsoever. Her sole job was to look great as Shaan Shahid’s on-and-off girlfriend. 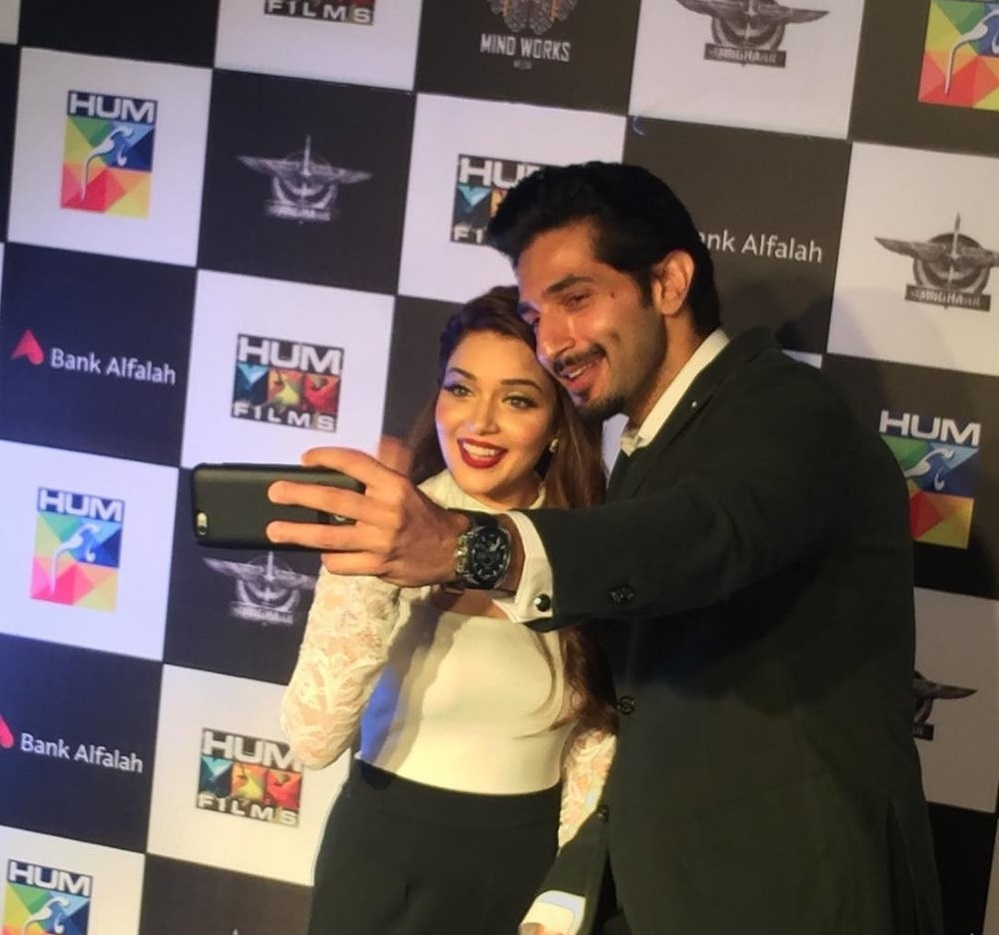 Unlike Sana Bucha, Armeena wasn’t even given a fake profession. She plays the role of a girl with no motive in her life. Her sole purpose in the movie was to flirt with Bilal Ashraf and waste 30 minutes of the running time. But like a true makeup addict. I am not questioning her screen space or fake cheesy lines. I am questioning her cakey base and uneven liner. Why Armeena, why? 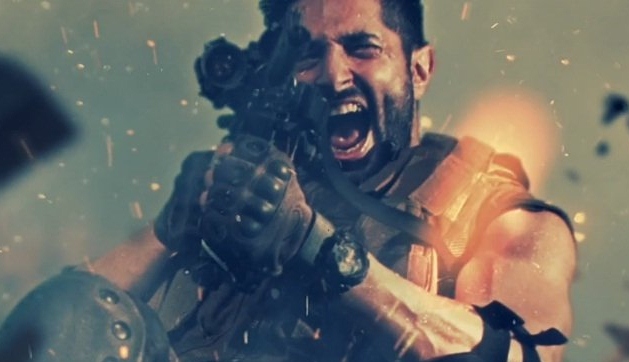 I am not belittling anyone’s sense of humor here but please explain how this dialogue is funny? Explain to me why did you need to laugh and backslap after every 15 minutes? Believe you me, had the jokes been funnier or at least worth a giggle, I would have tolerated them. A repeat run of Bulbulay was better than watching the awkward bromance between Capt. Asif and Capt. Bilal. 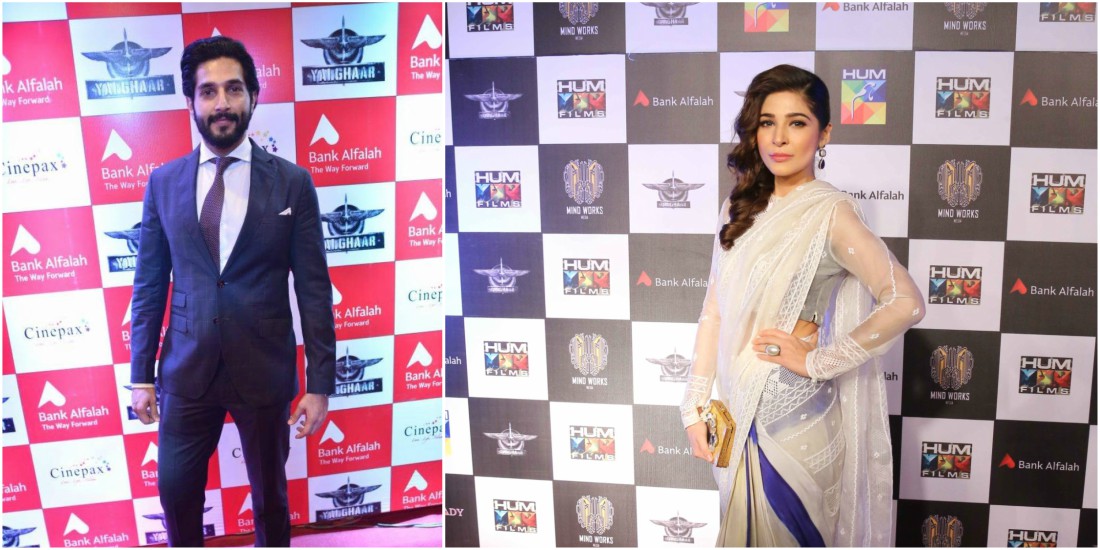 I get it, you’ve got to oblige the sponsor. But the minute you showed the polo scene, we got your message — loud and clear.  After that, all those scenes written exclusively for product placement were just there to test our patience. Al Falah’s plastic card probably had more screen space than all the characters combined. 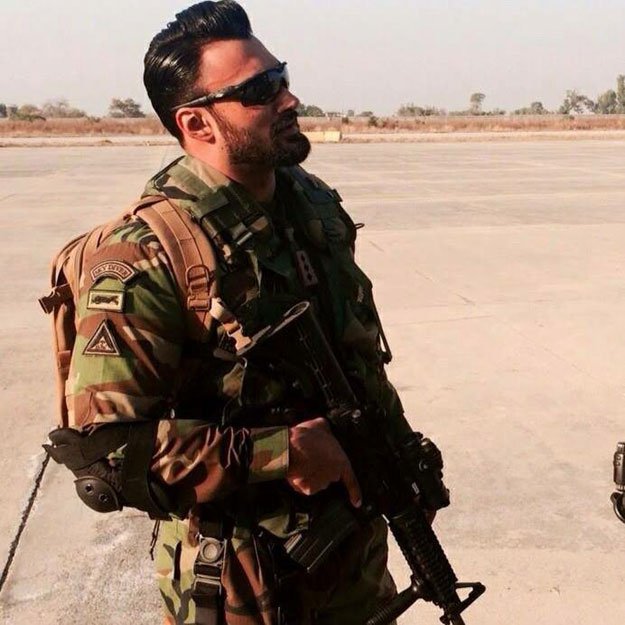 Was he a cameo? You should have at least given him a shirtless gym scene. That would have covered some ticket cost. 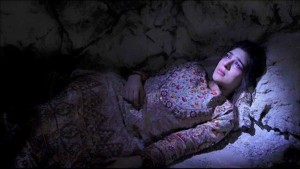 The antagonist, Tor Jan (Humayun Saeed) is whispering mean things in her ears, assaulting and grabbing her and all the only audible dialogue she had was ‘janwar ho tum’ — effing 3 times! And how many tons of waterproof makeup, seriously? I’m assuming this is where all the movie’s budget went. 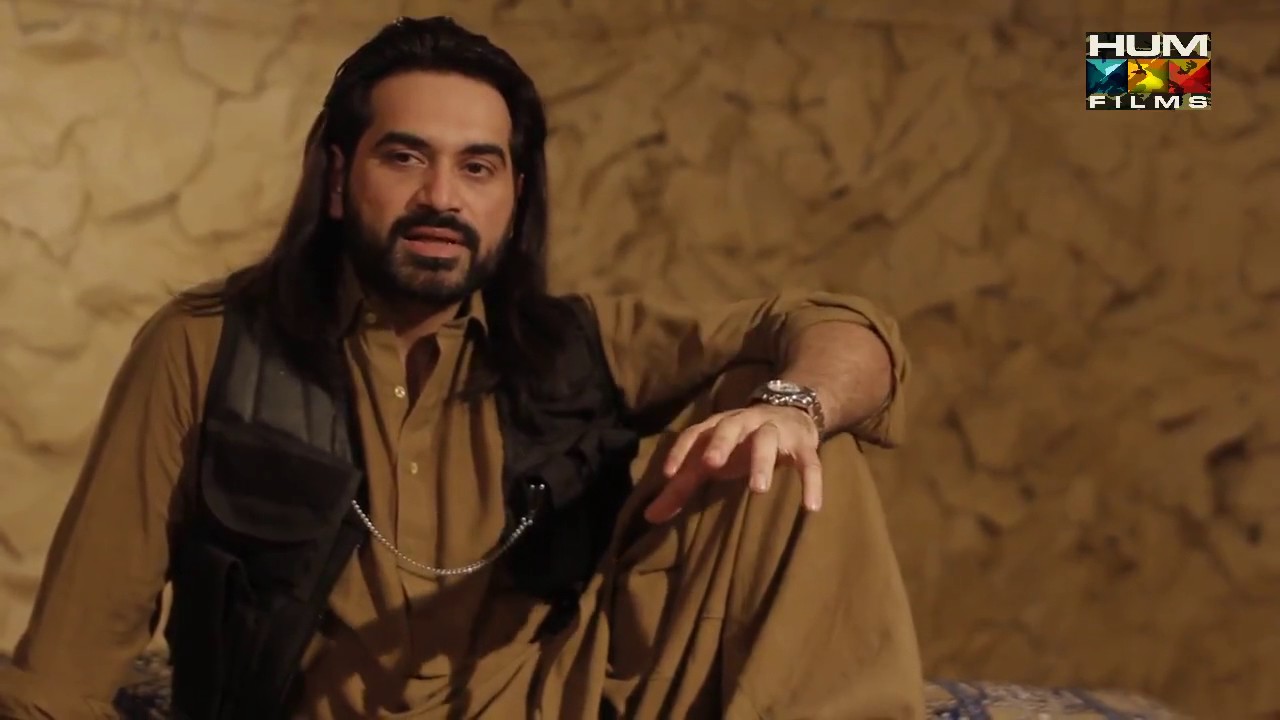 I will conveniently forget that the badass villain Tor Jan(Humayun Saeed) was not given a background or a mission but I have one complaint though: Why was he given a fake wig? Do you realize that we already had to deal with his poor acting and bad dialogue delivery? Saeed is one heck of a talented actor (watch his trailer of Punjab Nahin Jayungi) then why waste him like that?

Thousands of expats like me went to watch Yalghaar expecting to see something at par or at least close to 2013’s epic war drama Waar. We didn’t want romance and we didn’t ask for humor; we wanted to shed some patriotic tears. We wanted to see some gritty dialogues. We wanted some hair-raising and tear jerking war scenes. All we got was black-out war sequence, trivial dialogues, and poor acting.

If only…I would have gladly forgotten everything else bad about Yalghaar.