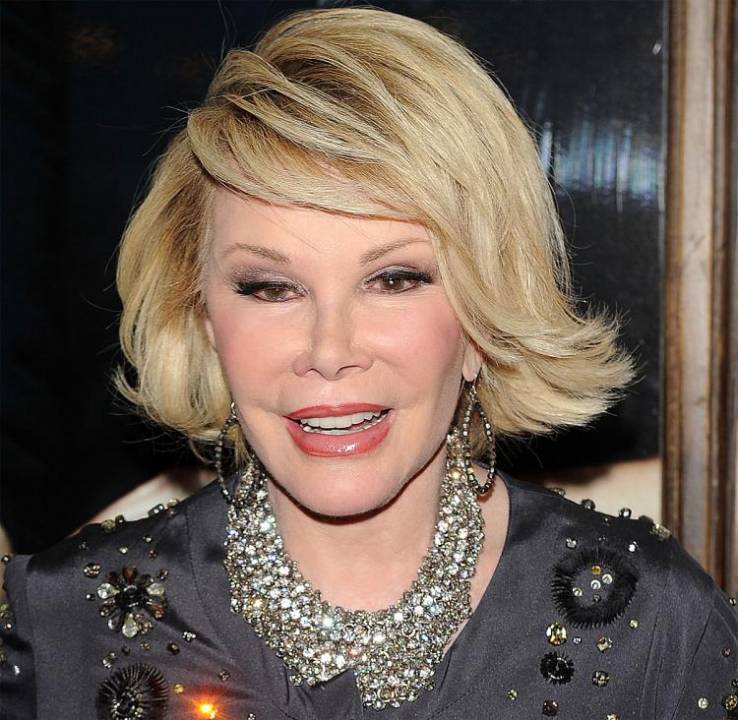 When you talk about the first lady of stand up comedy, Joan Rivers is one of the pioneers who had the throne for the longest time! Joan Rivers was born to Russian immigrants in 1933! Today, the world grieves as Joan Rivers was found dead on Thursday in New York. What caused the death of Joan Rivers? Well, although in history, Joan Rivers 22 year long marriage ended when her husband committed suicide, Joan Rivers is said to have had a cardiac arrest at age 81.

Yes, this had been stated in 2012 by Daily Telegraph, with people still unsure of how many followed! â€œConstantly. In your 80s, youâ€™d be foolish not to think about that. I am definitely going to be cremated. Iâ€™ve left money so the dogs can be taken care of. Iâ€™ve said to Melissa, â€˜Sell anything and everything you donâ€™t want. Donâ€™t feel beholden to my possessions.â€™ I feel almost hysterical on that. I donâ€™t want them to have a sense of guilt.â€

3. Rivers was once billed at a strip club!

4. Found Woody Allen to one of the funniest people.

6. Thought, Tommy Lee Jones was the least friendly on the red carpet.

The lawyers Nawaz sharif Funded are no more with him either.
When I Sleep, My Army Protects Me. When I Wake Up, I Support Them. Happy Defence Day Pakistan.
To Top