The 71st Death Anniversary Of Quaid-e-Azam Is Observed Throughout Pakistan!|Parhlo.com

The 71st death anniversary of, the leader who freed Pakistan and made it its own country, Quaid-e-Azam Muhammad Ali Jinnah is being observed today.

How Quaid-e-Azam Has Contributed For Pakistan:

Jinnah was born on the 25th of December 1876 and he died after an year Pakistan had been developed. Moreover, he is the very first Governor-General of the country. And still retains his position as an unforgettable figure for Pakistan as he was the founder of this nation. 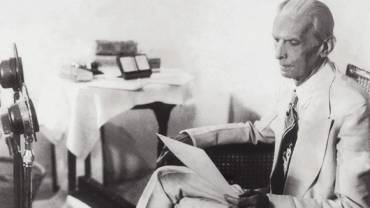 He worked towards the improvement of the Muslims who were suffering from the hands of the British and Hindus. Not to mention, he convinced them of their importance and why they needed to fight for their rights to achieve a separate nation. The process was a difficult and exhausting one but through the impressive leadership skills of Jinnah along with the commitment from his team, the impossible dream of developing Pakistan became true.

Now, to celebrate his 71st death anniversary, a Quran Khawani and Fateha is going to be held at Quaid’s mausoleum. People from all over the city will be visiting the grave to show their respects towards the hefty contributions of Jinnah. He made sure that it didn’t remain as a plan onto paper and ignited enough action to develop Pakistan till he saw his death.

Moreover, it also seems that a lot of T.V channels have prepared programmes to give importance to the legacy of Quaid-e-azam. This is necessary because it serves as a reminder for the younger generation that they need to follow into the footsteps of great leaders like Quaid. Once again, schools and colleges are also in the middle of preparing different projects to highlight the achievements of Quaid as a leader and founder.

We Are Failing As A Nation:

The people of the sub-continent, who wanted to side with Pakistan, had to go through a considerable amount of torture and stress. There had been a lot of bloodshed and a countless number of innocent lives were lost. But they put their faith in Jinnah and kept moving forward

The sad reality is that, none of us have been able to make Pakistan the country that Quaid wanted. We are not putting enough contributions and efforts to improve the conditions of the country. The poverty rates, lack of education, street crime, economic concerns, just keep increasing by the day. It is as if we citizens have forgotten the blood, sweat, and tears, that went onto nurturing the country. This is why, the citizens of Pakistan should take this day as a reminder to better their opinions over Pakistan. Only then can they truly strive for a positive change. It is the responsibility of the people who comprise this country to demonstrate efforts for a great and optimistic future.

What do you think of the situation? How will you be paying respects to the death anniversary of the founder of Pakistan Quaid-e-Azam Muhammad Ali Jinnah? Do you think Pakistan could have been made without Jinnah’s struggles? Share your thoughts using the links below.

Love Is In The Air! Muslim Man Stood 6 Hours In Flight So His Wife Could Sleep Comfortably!
Recent Controversial Picture Of Mohsin Abbas Haider & Nazish Jahangir Is Making Many Uncomfortable!
To Top