This Independence Day Remember The Martyrs Who Laid Down Their Lives For Us! 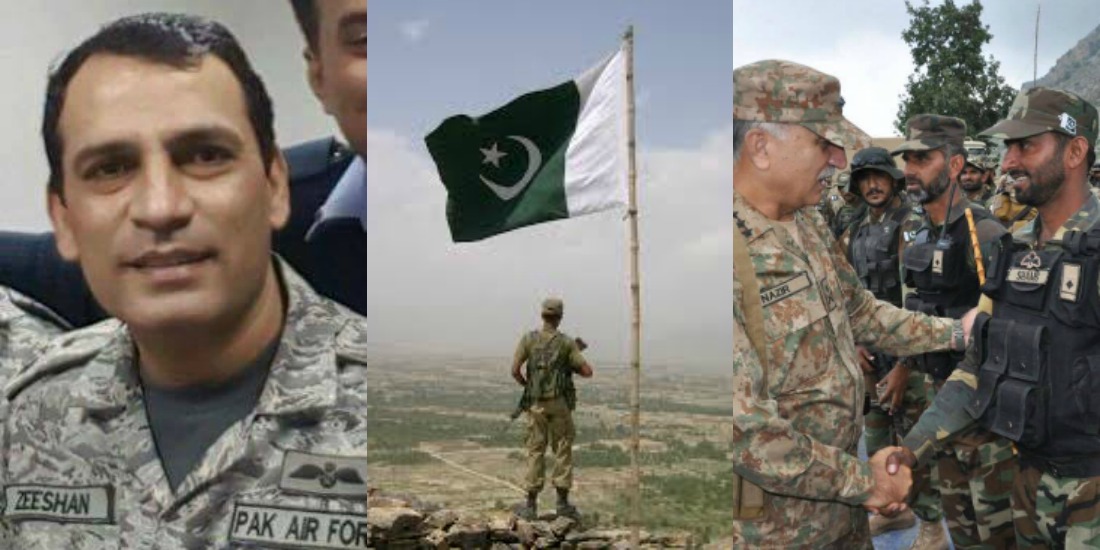 71 years ago, a movement began under the leadership of the great Quaid-e-Azam Muhammad Ali Jinnah. Millions of people took what they could carry, leaving everything behind to join a cause that promised them a secure future. With much bloodshed and unspeakable atrocities, two nations were given birth as the British rule in the great Indian subcontinent diminished. However, security lasted only for a while as Pakistan saw itself in a war almost instantly in 1948. The years 1965 and 1971 were not entirely kind for the country as well; soldiers fought bravely and laid down their lives to defend the soil that their ancestors fought for to achieve.

Though the threat of general war with a state might be something less of a concern, Pakistan faces threat nevertheless. The matter of extremism and religious radicalization of masses on the Western border grew to a tremendous threat, challenging the state of Pakistan. Hence, Pakistan plunged itself yet again in what is to be called the largest clean sweep of terrorism off the face of its country by any armed forces. On Pakistan’s 7 decades of independence, it is time we remember and pray for all the martyrs who laid down their lives to protect Pakistan from a greater threat:

Martyred in Chaman in a terrorist strike.

Martyred due to his injuries sustained on the battlefield.

Embraced Shahaadat in an operation against terrorist militants in Tirah Valley on 5th April 2013.

Martyred during a terrorist strike on PAF airbase Peshawar.

Embraced shahadat in DI Khan, KPK in 2001 while defending against terrorist firing alone.

Thousands of armed personnel have laid down their lives while defending Pakistan from all threats, internal and external. Rangers, FC, SSG, Air force, Navy, Army, Police, and intelligence departments are all equally involved in combatting threats to make Pakistan a better place, the one Jinnah promised we would have. May Allah accept the efforts of our martyred men in uniform and grant victory to us soon. Amen.