Punjab Police's Record Systems Are Now Smarter Than Ever A

Good news, everyone, our government is making the best use of technology! At least, in Punjab now…

Technological integration has done its wonders and it is proven to surpass manpower in terms of efficiency in all aspects. Automation is redefining how systems work; it is bringing a revolutionary change in organizations’ working ways as benefits in terms of time, management, cost, and reliability are pouring in heavily. Easy to say, technology has transformed everything and its use is most fitting to be adopted in certain capacities. 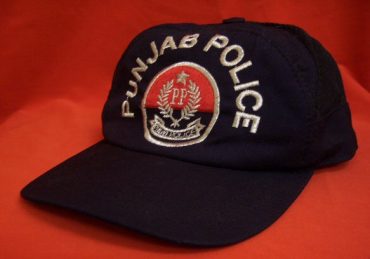 So, gone are the old days of “parchi katana” and “FIR likhwana”, filling registers for hours in the most tedious and hectic manner for Punjab police. Now police stations across 36 Punjab districts are successfully digitized. Punjab Information Technology Board has marked a total of 712 in their digital tally! THAT’S WOW!

The old system was anything you could imagine to happen in the 1950s. Seriously, before digitization, all complaints and FIRs (first investigation reports) were written on paper. It was a lot of paperwork to handle. Analog files were maintained which was extremely time-consuming as there had to be a pattern to be followed.

It was also open to any kind of alterations. The culprits could openly bribe and regulate and alter the details maintained in the records. 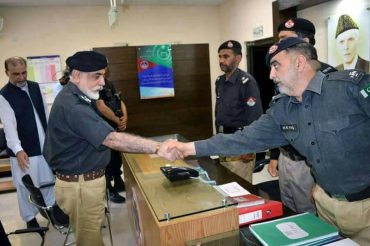 It was also prone to a threat of being lost or destroyed. In a case of fire, you could totally lose the data that was maintained all along the years. In fact, it happened in Multan after a 150-year old record was blown to ashes after a fire erupted the local police station. Digitizing the system means back-ups would be made, records will not be open to human errors or any kind of alterations because they will not be easily accessed for anyone.

Here’s how the new system changes the game, totally!

The automated system is very smart. Criminal records would be protected and maintained digitally. 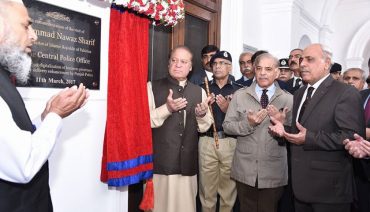 The reforms of the digital system programmed in the 712 police stations include the following:

Punjab Information Technology Board and Punjab Police were largely appreciated over this step by the CM and Prime Minister. Their efforts are in the process of negating the “thana” culture.

Well, it is great for the people of Punjab as now the system gets smarter and their complaints might just be resolved efficiently. Kudos to the people behind it for laying their successful efforts.

So, now, Sindh government, take note and do ya thing!

Iran Acts ‘Hypocritical’ Once Again And Fires Mortar Shells Into Pakistan On India’s Orders
You’ll Be Amazed To See How This Talented Pakistani Uses Snapchat To Flaunt Her Artistic Skills!
To Top