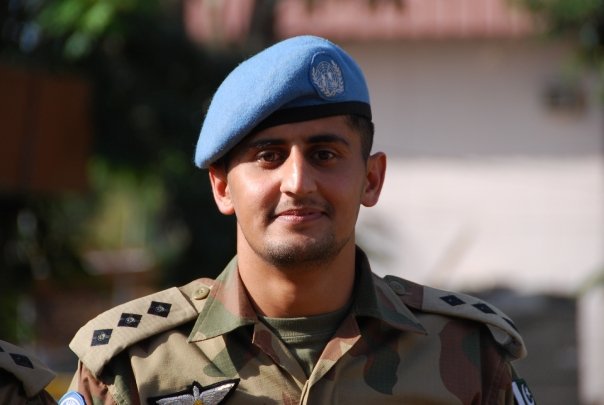 Words aren’t enough to describe and serenade what these courageous men have done for our nation. Their acts of bravery leave us speechless and heartbroken. Although, no sculptured marble rose to their memory, nor engraved stone bear record of their deeds, their remembrance will be as lasting as the land they honored. 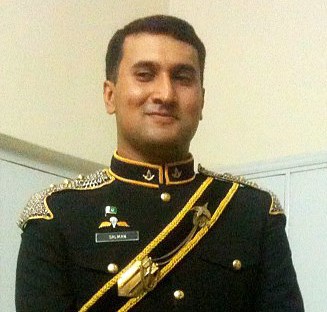 Known as one of the most competent and brave officers, he was appointed as an ADC to Chairman Heavy Industries Taxila as a result of his remarkable vigilance. During his two-year tenure with the General, he received two OUTSTANDING rankings and commendable ACR. 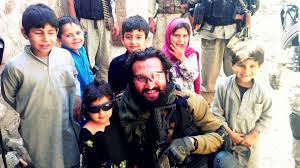 On 14th May 2013, while in the line of fire with his soldiers, he took three bullets to the chest. Although severely wounded, he helped pick up injured and shaheed soldiers, preferring medical help for them instead of himself. He survived for 90 minutes even after the bullet had pierced his heart point blank.

Through all this, he kept saying he’s perfectly fine. While going in the Operation Theater, the last thing he did was smile and a give a thumbs up. Capt. Salman embraced Shahadat at the age of 27. 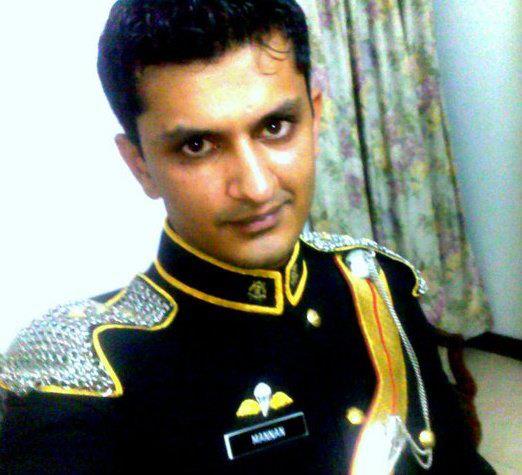 Pakistan Army Number 44508 Captain Mannan Ul Hassan embraced shahdaat in Bara Attk at the age of 26. He was posted in Mahsud Scouts on 27 December 2011 as “Ghazi Officer”. His daring and bold actions left no stone unturned to overcome miscreants in order to maintain National pride, he never hesitated to face bullets for complete day and night in the persuasion of his aim/task.

During his short operational tenure, he participated in operation Mairasar and Bia Darghalam -IV, capturing Height 4 after a number of attempts and remained under a shower of bullets and rockets by miscreants throughout the night till the capture of objective and physically killing 5/6 miscreants. 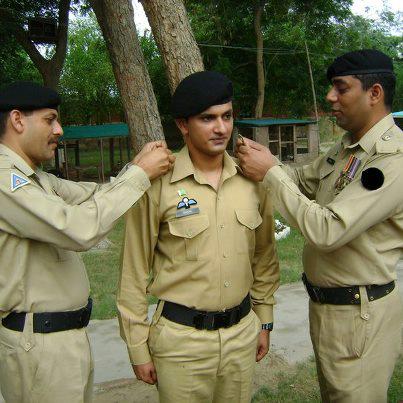 In March 2012, he was assigned a special task of carrying out “sting operations and raids/ambushes” in the hardcore militant areas of Shalobar, Ilam Gudar, and Spin Qabar Chowk/Sepah. On 28 June when his squad left for a special target (to be lifted from Jamrud area), an Improvised Explosive Device which was presumably planted for him blew up because of which, Captain Mannan Ul Hassan along with 7 other individuals of his special squad embraced martyrdom. 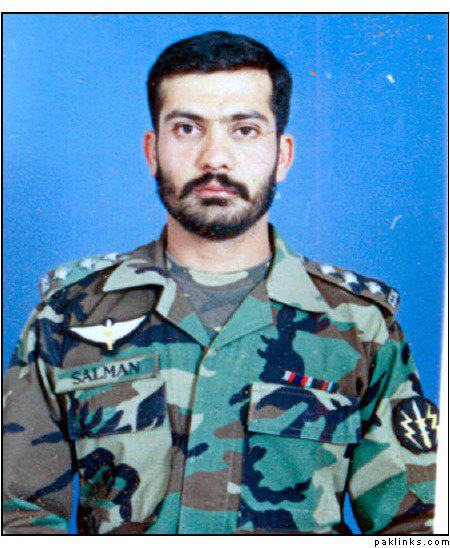 After graduating, Capt. Salman was posted to Army Air Defense but due to his adventurous nature, he joined SSG in 2003. He joined one of the best SSG units which are 3 Commando ”Powindahs” battalion. In addition to CDO, he was further posted to 3CDO.

He earned his first Gallantry Award while serving in Hamza coy in South Waziristan agency. Later on, during the new rise of Anti Terrorist coy, he was posted to Karrar coy also know as Karrar Haidri. In recognition of his bravery and utmost devotion to duty during a military operation code-named Al-Mizan in 2004, he was awarded “Tamgha-e-Basalat” on August 14, 2004, which is the 2nd Highest Award for Excellence & Courage. 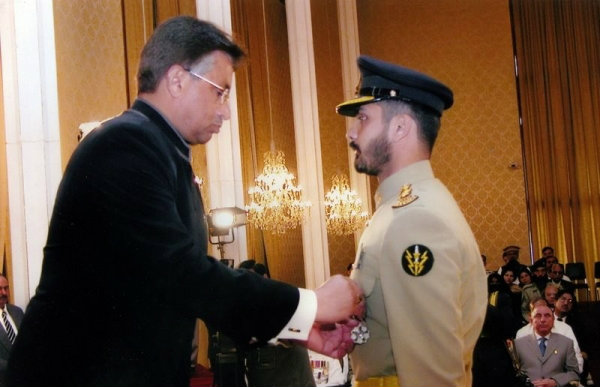 The officer, at the age of 30 left behind a widow, he never even got to meet his son who was born after 4 months of his shahadaat. He was martyred on 10th of July 2007 in the Operation Sunrise (Islamabad 2007 also coined Silence) where him, along with his companions, was ordered to rescue hostages before a full-fledged operation against militants in a Mosque of Islamabad (Lal Masjid).

He proved to be a loving son of the motherland, not caring for his life or family, but only for the duty, devotion, and love of his country. 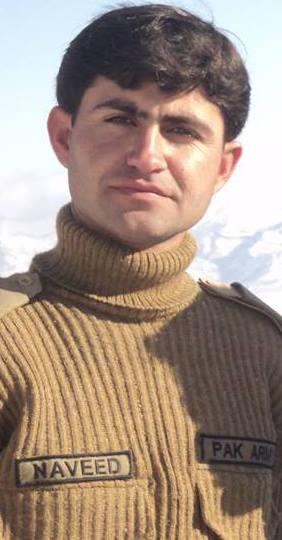 Capt Naveed Shaheed embraced Shahadat on 8 Apr 2013, at the young age of 25. The brave soldier was shot by a sniper while fighting terrorists in Orakzai Agency. He is from 117 L/C, Unit 67 Punjab Regiment.

When he embraced martyrdom, he had been in the Pakistan Army for five years. He was a captain, and had appeared in an exam for the post of a major. When he returned to his unit, he was called for the operation in Tirah valley. 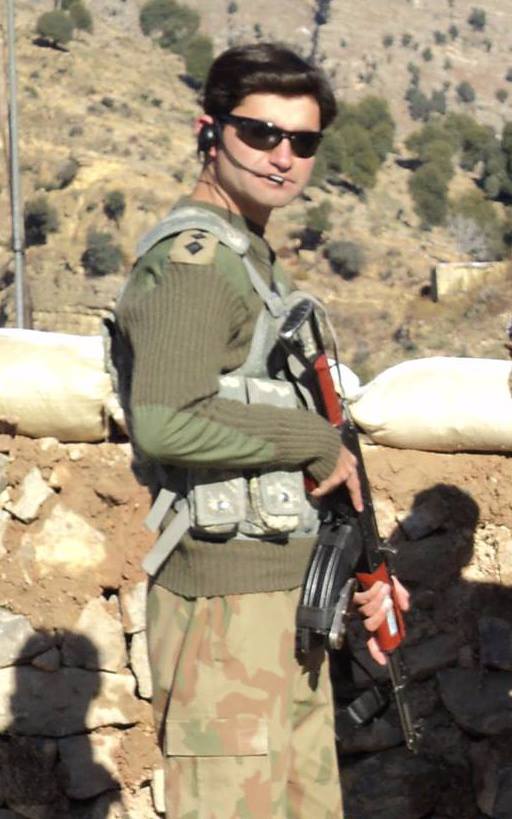 He was shot on March 13, and he was admitted to CMH Peshawar on March 14. He survived the first operation, but after the second one, he did not regain his consciousness and embraced martyrdom on April 8. His strongest desire was fulfilled.

The last time that he visited home, he seemed to be having the feeling that it was his last visit perhaps. The news was a great shock for his parents and family who were unable to accept the reality, that they had seen their brave son for the last time. 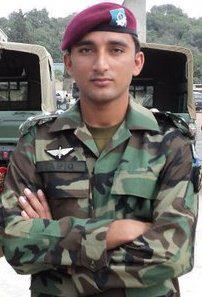 Capt Tariq Jamal Shaheed, 6 Commando, 118 L/C, was seriously injured in an operation against militants in Orakzai agency on 14 August 2012.

He was brought to CMH Peshawar where he was in a critical condition for 2 weeks, and ultimately embraced Shahadat at the age of 25, on 29 Aug, 2012. He fulfilled his promised to the mother land in a befitting manner. He was laid to rest at Multan. May his soul rest in peace. 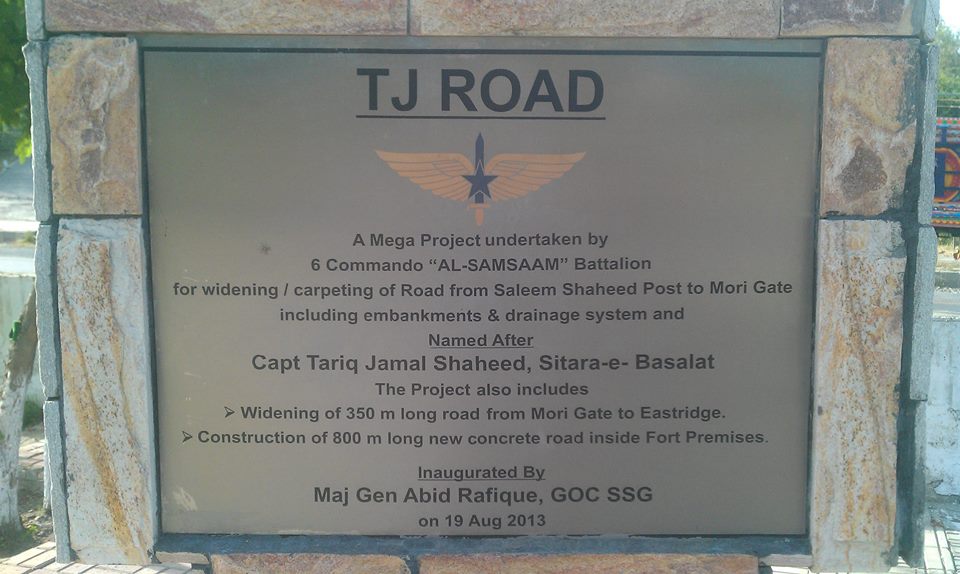 A Valiant Son of 42 Baloch Regiment Al Havi,  was born on 2nd February 1982 in Rawalpindi. Highly motivated by his forefathers and inspired by Patriotism, he joined Pakistan Army in 2001. Capt Bilal joined 42 Baloch Regiment on 12 Oct 2003.

He embraced shahadaat at the age of 27 on 17th May 2009 in Peochar Valley, Swat. He also participated in Operation Al – Mizan, United Nation Operation In Cote De Ivoire and Op Rah-e-Rast and has been awarded with Imtiazi Sanad for his valor and various operations. It was important for Special Services Group (SSG) to open Swat – Peochar road which was essential for their further operational sustenance.

It was crucial to capture Ghuzano Sar Top (now Bilal Top) for the success of entire operation. Previous efforts to recapture it ended unsuccesfully. Captain Bilal Shaheed very happily received this warning order and got busy in preparations along with his company commander  and fellow officer. 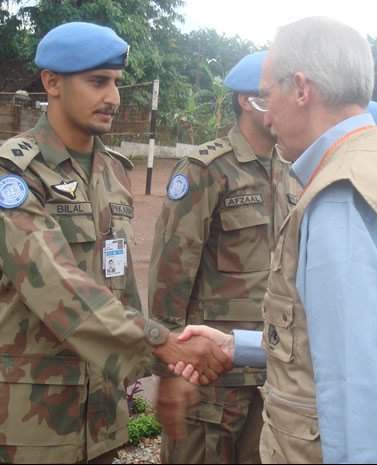 While preparing very thoroughly for his mission, he also kept talking to Captain Raheel. He told Raheel to personally go to his house and inform his mother in case he meets Shahadaat. He also told him to lead his Janaza prayer. Captain Bilal, while tying up his backpack, also told Raheel that his dead body should be shrouded in Pakistani flag. He should be buried with full military honor and ceremony. 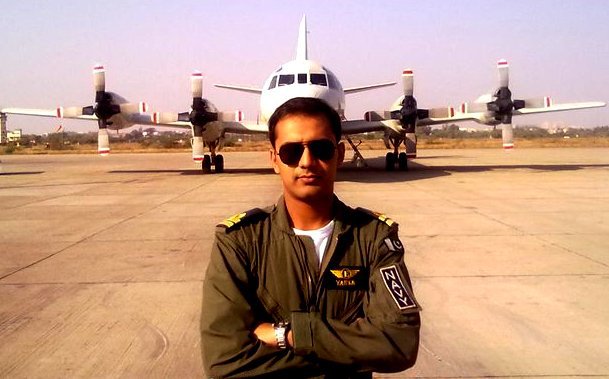 Lieutenant Syed Yaser Abbas was born in 1986. An aeronautical engineer in the Pakistan Navy, and an Officer on Duty at PNS Mehran on the day of Mehran Attack, he attained shahadat at the age of 24. He was the first martyr of the PNS Mehran attack on May 22, 2011. He was the first to lead the Rapid Response Squad consisting of Marines, in the fight against militants. 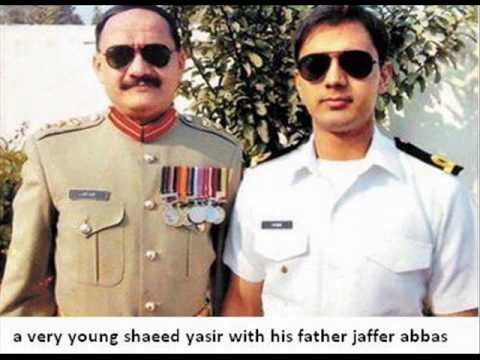 When trying to save one of the planes, the terrorists fired right at him and he received his first bullet in his chest but that didn’t lower his spirits and he kept firing at the enemy.

He killed another terrorist after which he got shot for the second time in his chest. He fought like a lion even when everyone else was lying down. Unfortunately, after the third bullet in his chest, Yasir fell in the arms of a fellow team member still conscious but too hurt to stand.