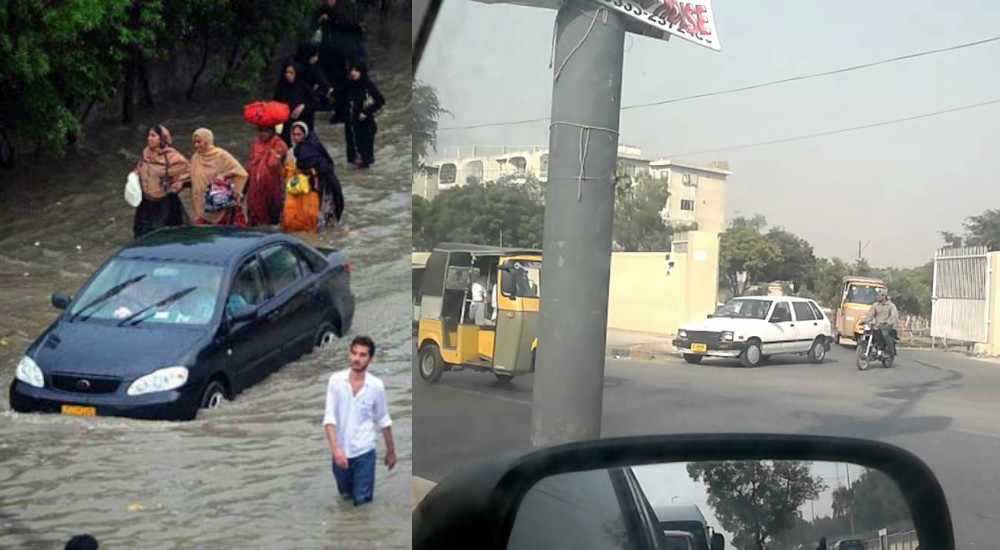 The other day I was driving in a posh locality of Gulshan-e-Iqbal in Karachi when I saw cars intercepting each other on the signal. After a brief verbal spat, one of the drivers came out of the car angrily and so did the other, and so begins a fight.

Clearly, one of the vehicles had hit the other because it had run the red light. But, unsurprisingly, there didn’t seem to be any admittance on the mistaking driver’s part. Rather, the argument continued with other vehicles piling up, making the whole episode troublesome in the busy hours, as usual.

This is something all of us can relate to. With the ever-increasing number of vehicles, rampant noise and air pollution and broken roads, unsmooth driving is anybody’s guess, but there’s this primarily erroneous and, allow me to say, the callous behavior of the people making a ride utmost miserable for Karachiites.

Let’s look at the 7 most annoying things that we come across on a daily basis while commuting in the metropolis.

One of the most troubling things while driving are slow drivers in front of your car. No matter what you do, you will not be able to move them out of your way. After your efforts to get their attention fail and you finally switch lanes to drive parallel to them, you find out that the driver had been talking on his cell-phone all along and may not even have noticed you. Most of these drivers appear to have no sense, whatsoever, of lanes and the fact that they are in the way of other cars. 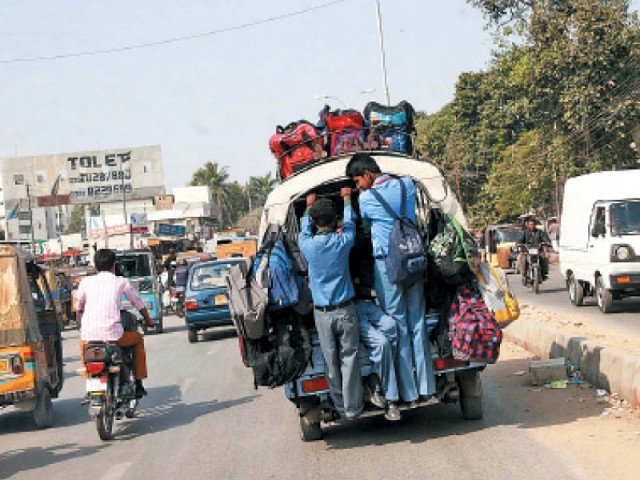 Many times, you find yourself almost surrounded by bikers; youths going zigzag around your car, buzzing horns and driving past you sans a silencer. They intercept your car by a very narrow margin and leave you wondering how they escaped being hit by you. More so, in the case of such an event, they are stubborn enough to start an argument as if it was your fault. Believe me, I’ve been in such situations and I’ve seen the same happening to others too. 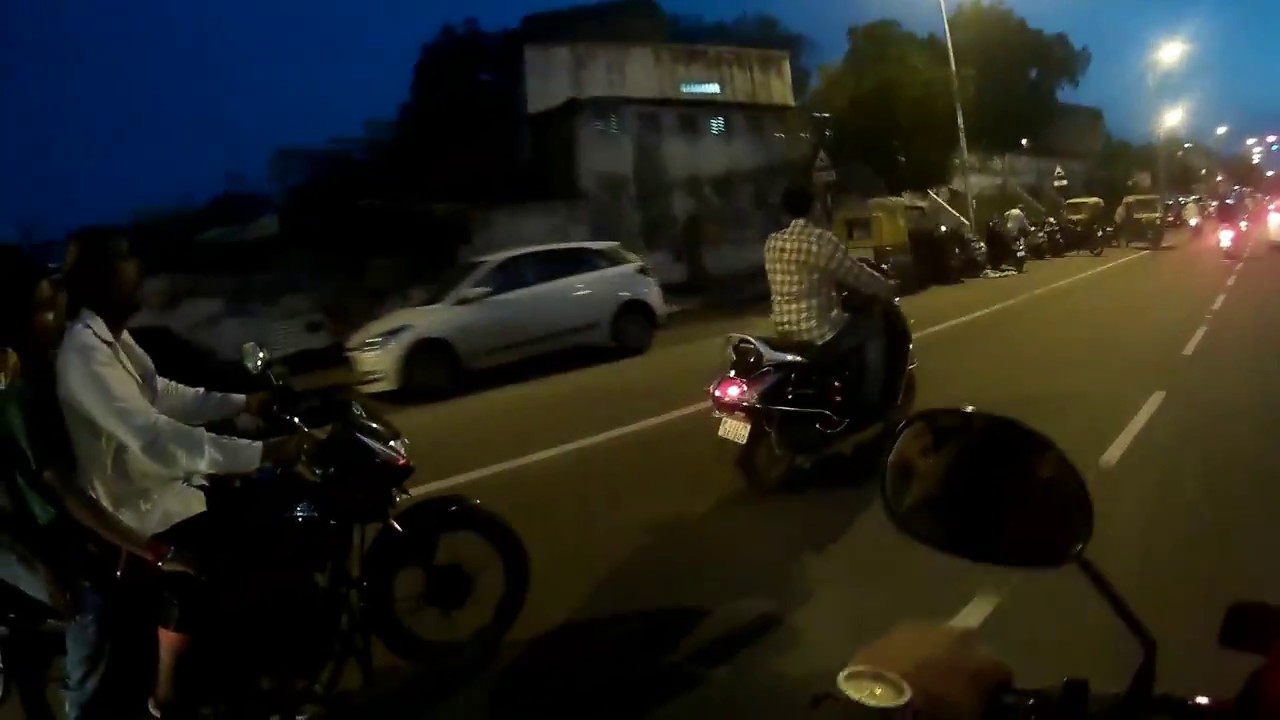 You are maneuvering through a packed street when those driving from the wrong side will make your efforts fail. This act of plain insanity is not limited to bikers, but other vehicles are involved too; cars, pickups, buses, trucks; you name it. 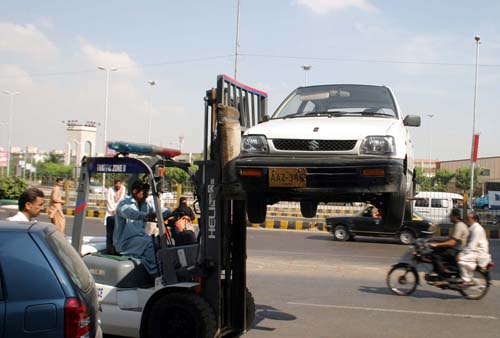 Mostly, in the commercial area, you’ll find cars parked illegally, in two to three rows, almost always narrowing down an otherwise wide road. Once, when out for shopping, I had my car suitably parked by a man wearing a parking jacket at Tariq road, only to find it nowhere when I came back and the agent had disappeared. The car had been picked by a traffic lifter and was handed back after a hefty payment. 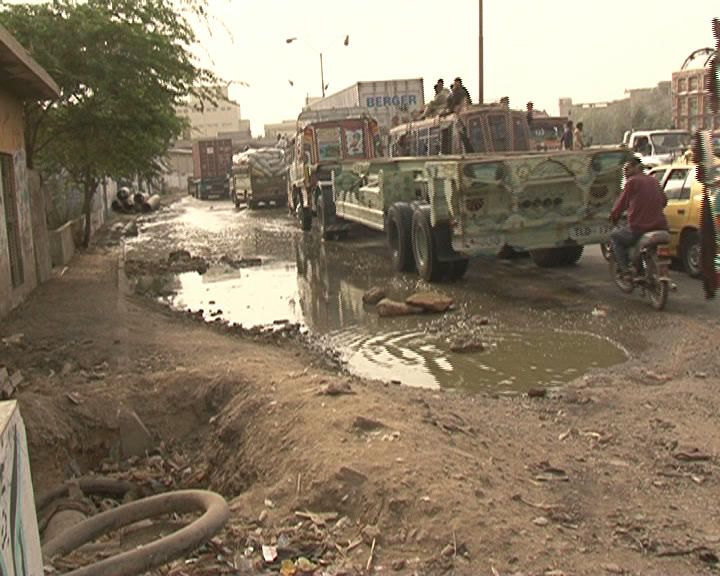 As if the above elements aren’t enough to make your driving experience miserable; broken infrastructure, treacherous potholes, bumps and uneven roads keep on reminding you that you need to be on alert at all times to take your car to your designated destination in one piece.

While the issues one has to face on a daily basis while commuting, are not limited to the ones stated above, but these, hopefully, will help you become more aware the next time you get behind the wheel. Happy driving!

Tag a friend who breaks the rules while driving!