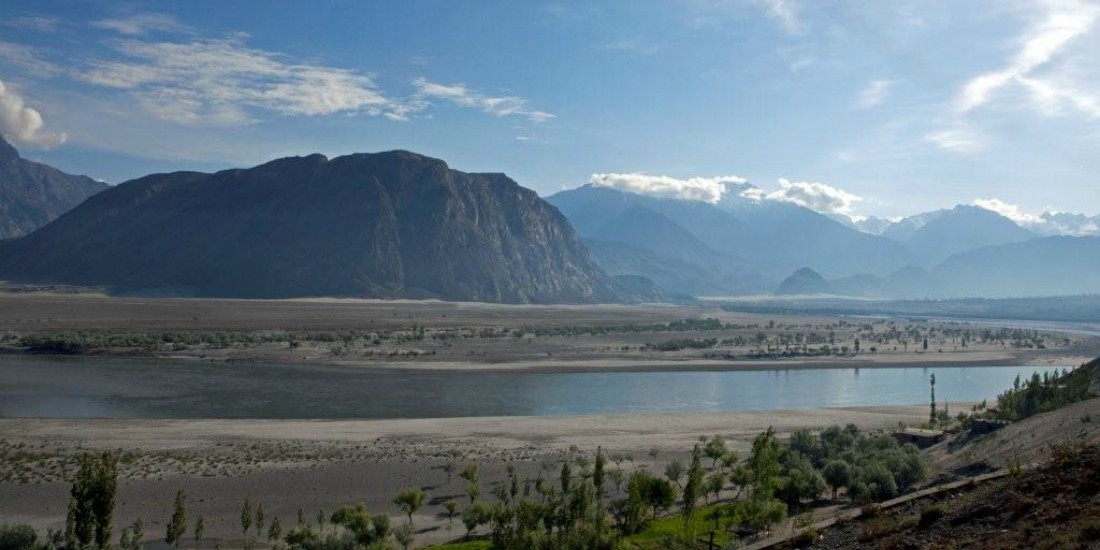 Shigar Valley is a good 3 hours from Skardu City. Skardu city is 24 hours’ drive from Islamabad — when going over the Babusar top.

The turn toward Shigar from the Skardu-Khaplu road opens up into a high altitude desert of white sands. People bring their 4x4s there to ride the dunes. It’s a wonderful combination of warm sand, high mountains, clear river and the cool breeze blowing over it. Shigar road also takes you to the Askoli village which is the starting point of the grueling trek towards K-2 base camp.

Shigar town was once a kingdom of Amacha. It still has a Summer Palace, a fort on top of a mountain that seems to have been sliced with a knife, several heritage sites and a pond fed through a natural subsoil aqua duct. The top five things I loved in Shigar are:- 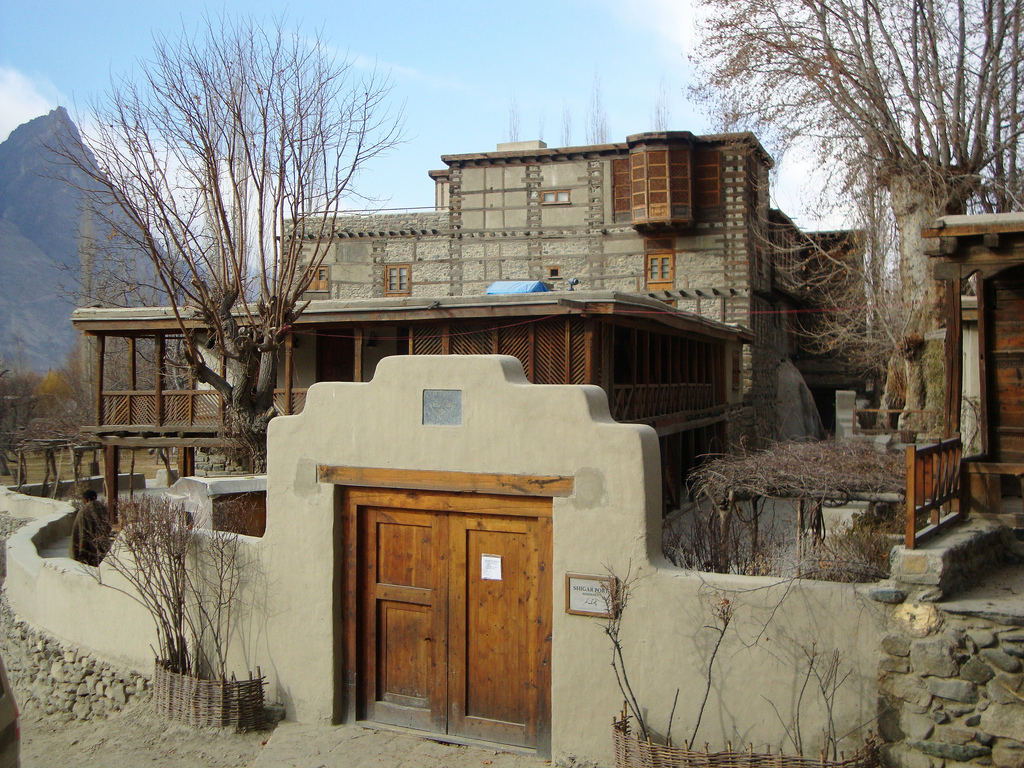 Shigar palace called the Fong Khar, ‘palace of rock’ is 25000 Rs per night hotel with 1000 Rs per sandwich bar — but it’s worth it. If you are tired sick of the city life and the dissonance it has brought about in you, Shigar will heal you. The palace has lovely cherry gardens, a pagoda garden with fresh water channels, 100 years old tree along with visitor galleries for lessons on history and heritage.

It’s amazing how the locals survived never-ending winters and isolation with rudimentary tools, yaks, and fruit seed oils. Because of global warming, the place gets pretty hot in the summer months. From the terrace of the royal palace, you can get a picture of Khusar Gang peak. The palace has religious symbols carved on the top beams that symbolize Buddhism, Sufi Islam, and Tibetan heritage. One symbol, the ‘swastika’, represents good fortune in Hinduism/Buddhism/Sufi Islam combined. 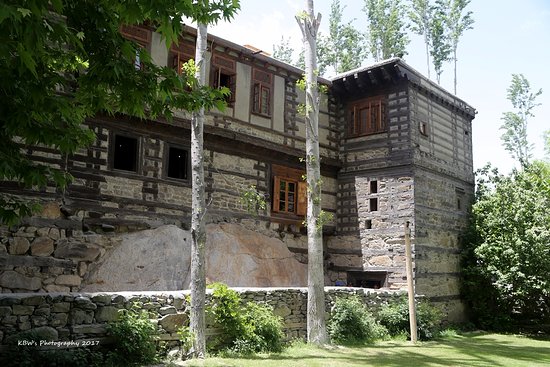 Right behind the Shigar royal palace is a fort built on top of a high cliff face — for obvious security reasons. The Royals would dump their subjects and cower inside this fort when raiders from adjoining principalities came to seize power — till the time the Raiders ran out of food or just got tired. Only outer walls of the fort remain now and it a good hours hike to get there. 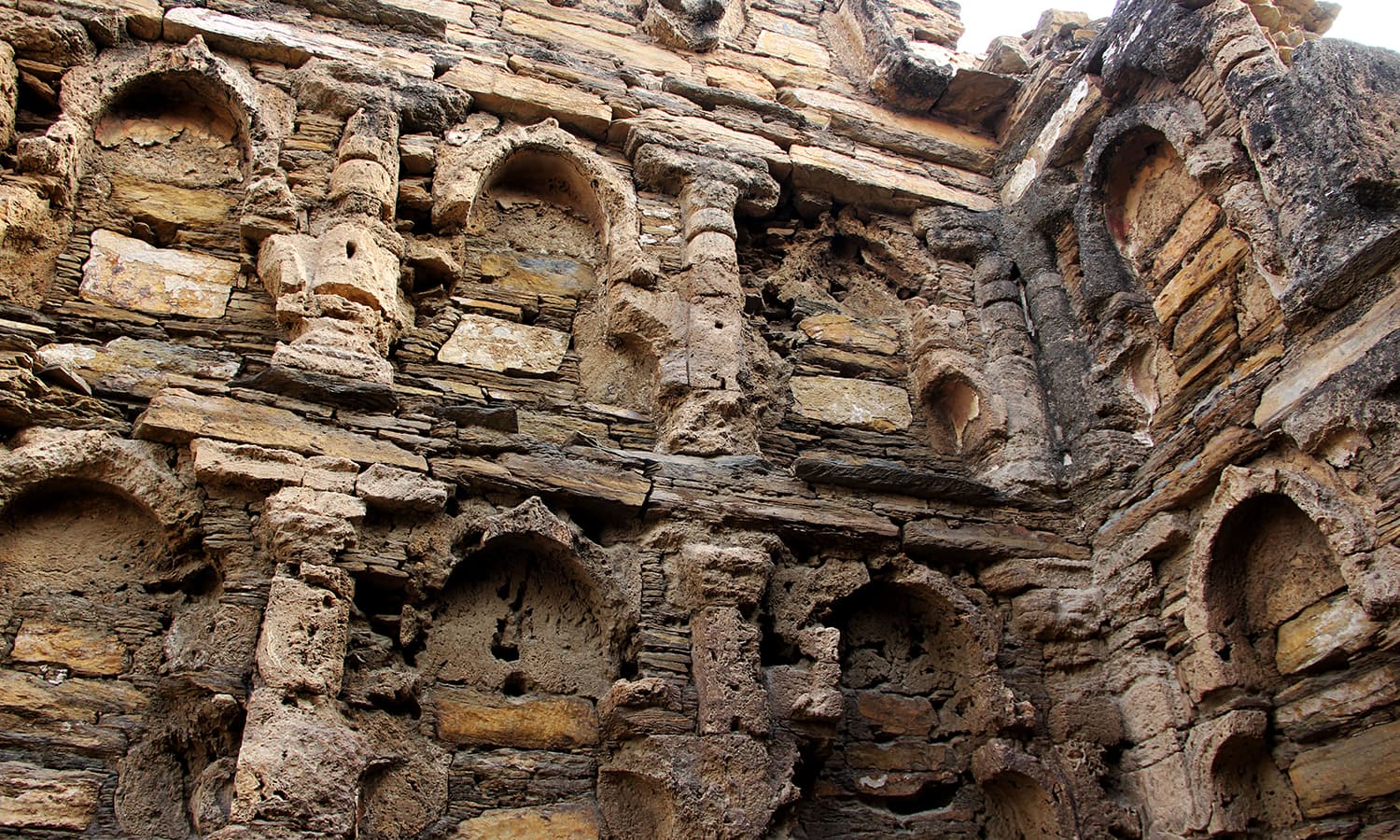 On the other side of this fort, just beyond a higher pasture are the ruins of an old Buddhist monastery. The place seems very old because of the rock art of animals, instead of any script. This place is nearly 2 hours climb from the palace. Take water with you, there are no streams at the site. 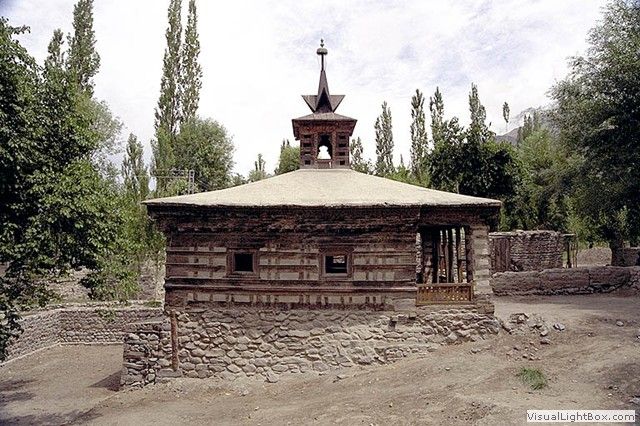 To seek understanding of the advent of Sufi Islam by Amir Kabir Syed Hamdan in the 13th century, the Tibetan-Buddhist heritage and the local Nur Bakhshi Islamic sect, Shigar is the ideal time portal into an ancient world. Syed Hamadan’s Amburik Mosque, the oldest in the region, with its Kashmiri woodwork, Persian symbols, and Tibetan influence is mesmerizing. Khilingrong Mosque is another marvel of the same kind. Women in this mosque had the top floor to themselves — evidence of a tolerant Islam. Khanqah e Mullah and the historical plaque in front tell a story of the dedication of the original preachers. 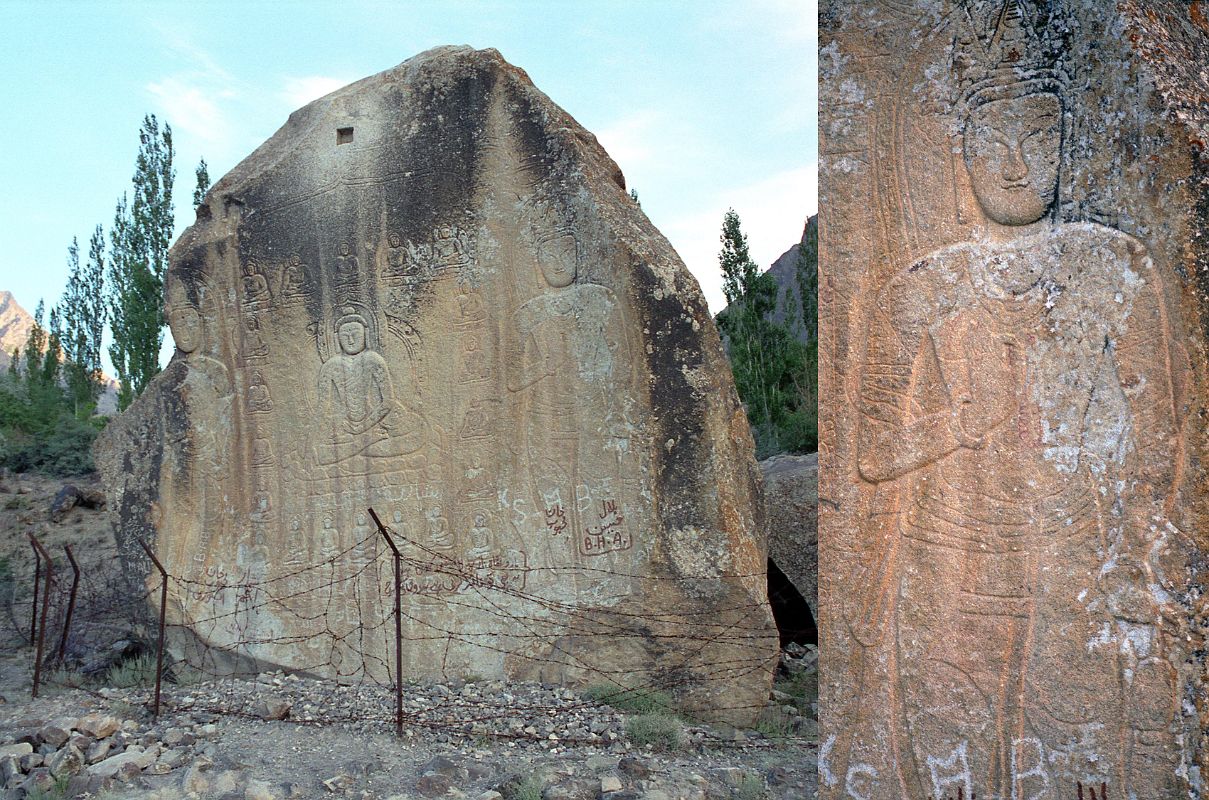 Another Buddhist rock carvings etched on a rock face, a 10 minutes’ drive from Shigar. From what I have seen, Buddhists built temporary shrines and stone structures at fixed intervals along the ancient trade routes, for weary travelers looking for spiritual healing on their journeys away from home. Shigar was the transit point of the trade route towards Yarkhand-China and Naltar-Hispar- Gigit. 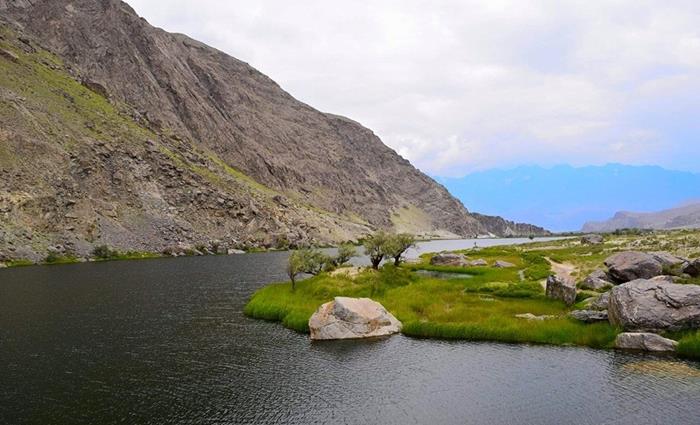 Lastly, the blind lake is natural spring water fed reservoir that is about an hour’s drive from the main road.  The track is stony and dirt filled, so a 4×4 may be necessary. Shigar is one of the three valleys around Skardu — but the prettiest. Every adventure junkie passes through this town to reach the ultimate prize of Boltoro, Biafo glaciers; K-2, Gasherbrum, Broad peak all lay beyond this town, so do stop on the way.

Lastly, don’t forget to get Aqua Marine and Albite stone from the locals. A clear blue Aquamarine is very rare and magical.

These points from Imran Khan’s speech made me a PTI supporter
Reham Khan is Being “Badly” Trolled on Sharing Her Selfie With A “Billi” And Seriously, What The?
To Top