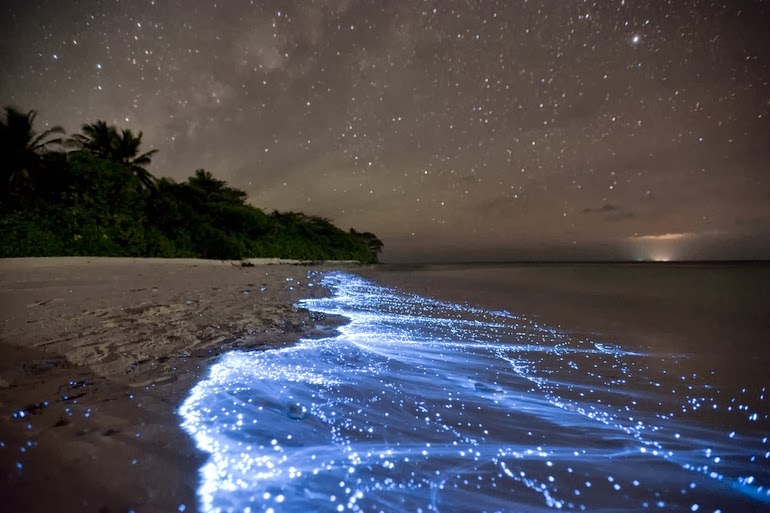 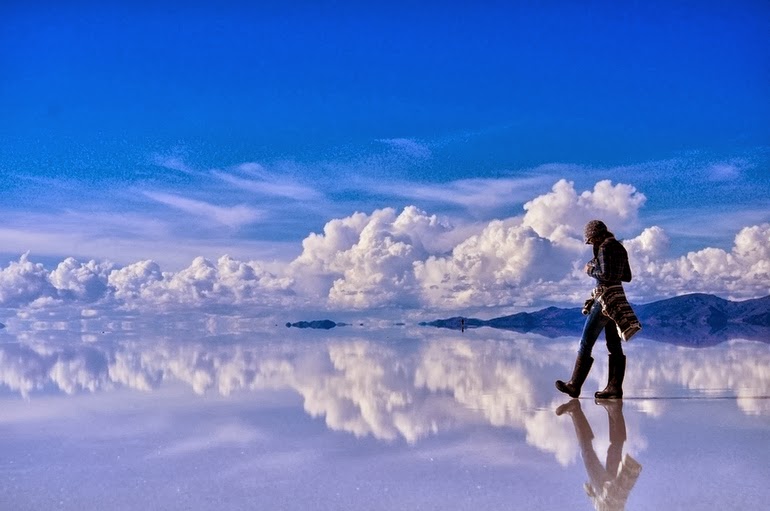 Located in southwest Bolivia, These breathtaking salt flats are definitely on the list of things you need to see before you die. Resulting from the transformation of several prehistoric lakes, which over eons have left a water salted crust over this vast flat, Salar de Uyuni is a mesmerizing sight to witness as you watch it reflect the sky ever so beautifully. Walking through this mirrored wonderland, one might forget which way is up and which way is down. 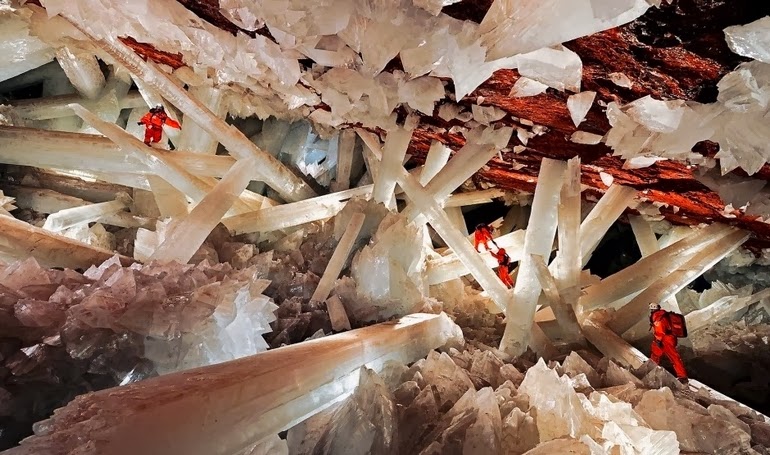 Mexicoâ€™s Cueva de los Cristales (Cave of Crystals) is home to the largest natural crystal formations found anywhere in the world. Thriving under unbelievably rare conditions, this cave in mexico provided the perfect environment for these crystals to grow to incredible sizes.

Geologist Juan Manuel Garcia-Ruiz explains in an issue of Geology, that for millennia these crystals grew in a consistent 136 degrees Fahrenheit (58 degrees Celsius), filled with mineral-rich water that hyper boosted the growth of these amazing beauties. Garica-Ruiz upon thinking about these amazing wonders said â€œThere is no other place on the planet where the mineral world reveals itself in such beauty.â€ 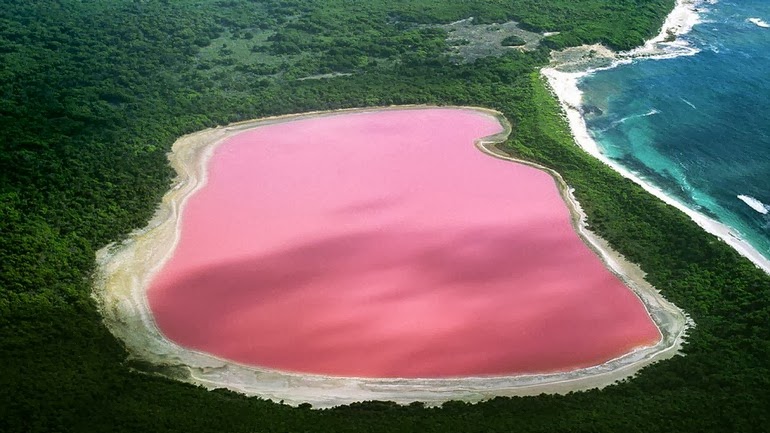 When you think of what color a lake might be; blue, brown, maybe even green may come to mind. But I doubt you would ever associate the color pink with of body of water. Well for anyone traveling over the western islands of Australia this unbelievable phenomenon can be witnessed with their own eyes.

The captivating pink lake is not a trick of the light, and it retains itâ€™s hue when removed, but the origin of itâ€™s bubble gum aesthetics remains a mystery the science community is still trying to solve. best guess right now is that it has to do with the high salt levels in the water. Being that Lake Hillier is 10 times saltier than the ocean, it is the perfect breeding ground for the salt loving micro-algae Dunaliella Salina. These tiny little guys produce pigment compounds that absorb light like Beta Carotene which is the same kind of stuff that makes carrots orange and some cabbages purple. 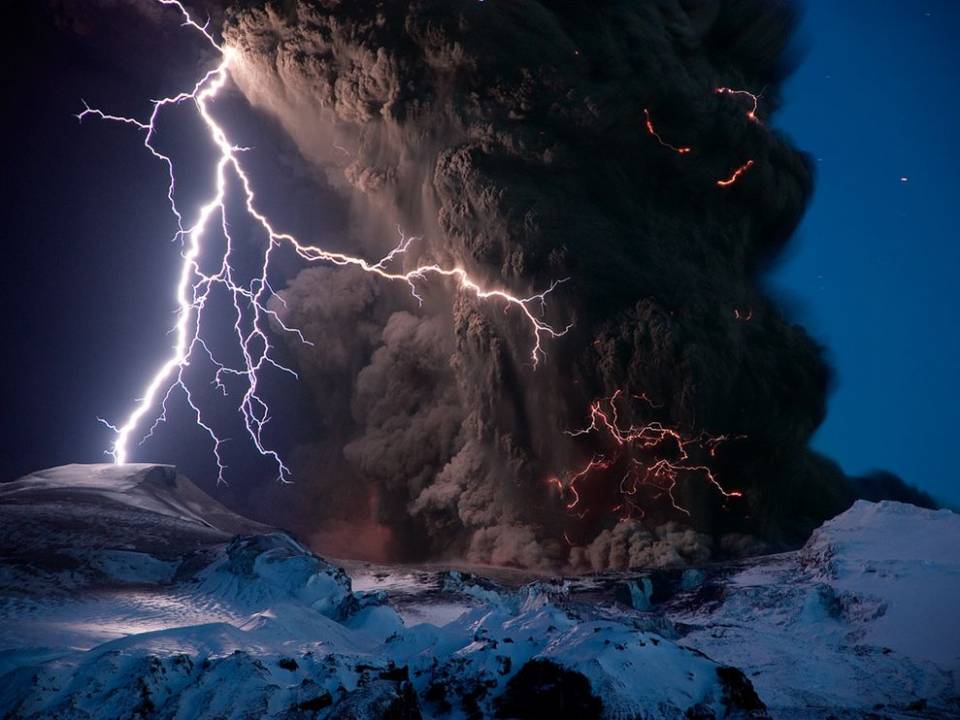 This epic display of lightning in Iceland is what scientist call a â€œdirty thunderstorm.â€

The electrifying phenomena happens when rock fragments, such as ash collide with ice particles in a volcanic cloud. as it is carried up into higher than normal parts of the atmosphere, it starts creating static with the surface of the planet thus providing the electrical charge needed for lightning. 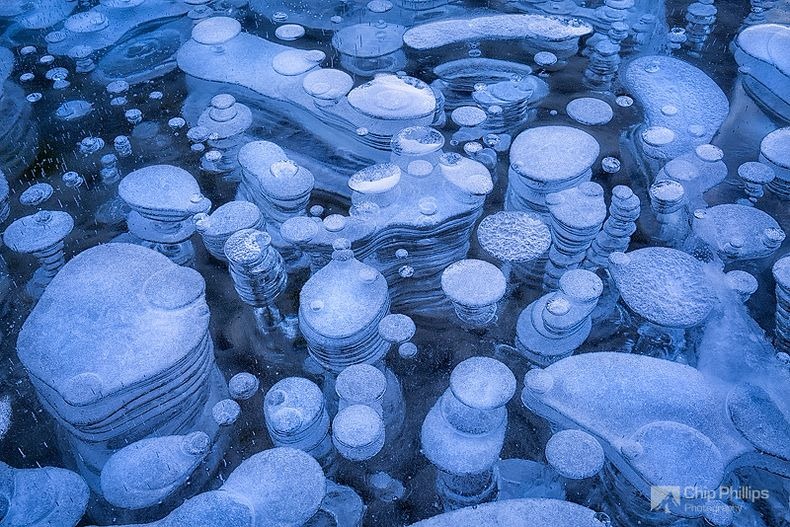 Abraham Lake in Alberta Canada is home to a rare phenomenon that needs to be seen to believe. Trapped under itâ€™s frozen surface, methane gas creeps its way up creating beautiful air bubbles as it freezes and melts and freezes and melts as the flammable element searches for its way out.

The methane is created when plants, and animals in the lake sink to the bottom and react with the bacteria in the water. the bacteria begins to break down the organic matter, decomposing them, slowly releasing the gas. Usually the gas floats its way to the top of the lake where it is released in the air, but when the lake freezes over, methane struggles a little more to find itâ€™s freedom. Itâ€™s hardship shapes moving images, leaving admirers breathless. 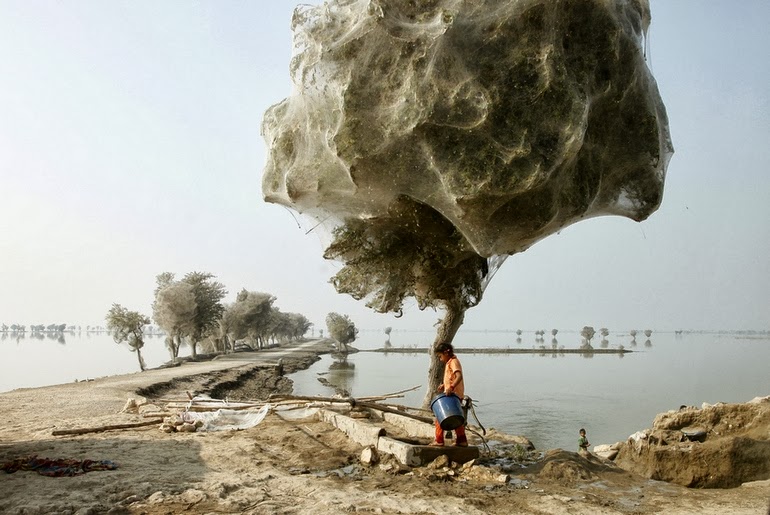 This eerie vision of ghost trees is actually an act of survival from millions of spiders in the village of Sindh, Pakistan.

In 2010 massive flooding forced millions of spiders to seek shelter in the higher grounds of the tree tops, and over time the have created intricately beautiful webbed homes for themselves in the most peculiar of places.

This midnight light show on the shores of Vaadhoo, Maldives however unbelievable is not the result of an elaborate Photoshop. It is however the result of tiny marine microbes called phytoplankton washing up on the sand.

There are many types of phytoplankton that are known to have an ability called bio-luminescence which allows them to glow as a defensive mechanism to scare predators and lure bigger predators to eat the ones looking to eat them (Oh, the circle of life). When these plankton are agitated they let off their glow creating stars in the ocean as the waves ripple them to shore.

Here’s How To Protect Yourself From The Massive Security Flaw That’s Taken Over The Internet
Stand! – by Samra Tariq
To Top