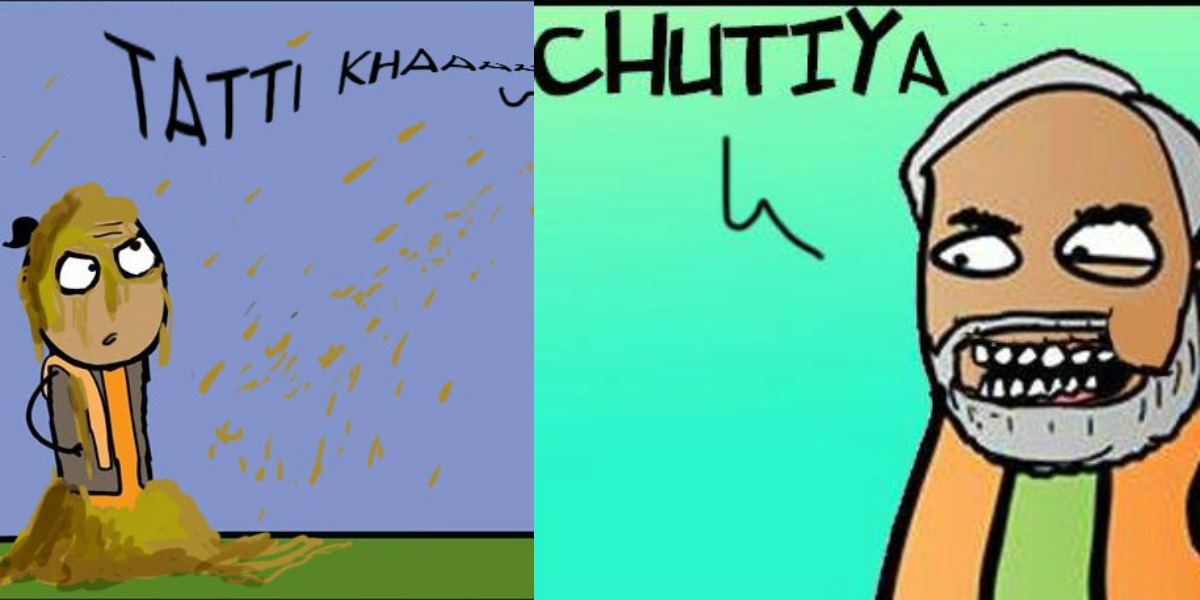 When we think of a comic page from Pakistan, Zehreeli Chummi is the one that comes to everyone’s minds. It has single-handedly shaken up the entire webcomic situation in the country and is leading the way unopposed.

Crisp images with bright colors and facial expressions that force a chuckle or two out of you, the comics on Zehreeli Chummi work in multiple ways.

They not only help us identify the major hypocrisy in our society but also helps bring Indians and Pakistanis come close together by giving them equal opportunities to laugh at each other’s follies and realize that we’re both very equally messed up in many ways.

Aeolus; the pseudonym of the artist that holds all the credit for the massive offense and annoyance does a great job trying to keep it balanced. But here are the times he decided to offend his Indian fans to make them understand of their hypocrisy.

1. The time he explained what Indians truly mean by a “Surgical Strike” 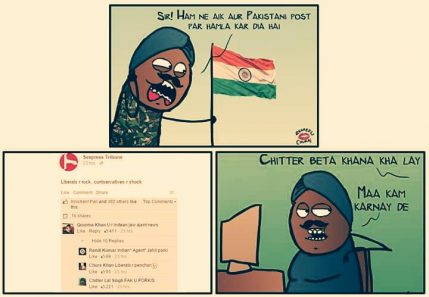 We all have been through the situation where a hoard of Indian keyboard warriors infest a Pakistani page and spam each post with anti-Pakistani sentiments. ZC labeled the act as the true “surgical strike” for India since we all know what happens on the borders..

2. The time he explained how surgical strikes actually don’t help anyone on either side of the border. 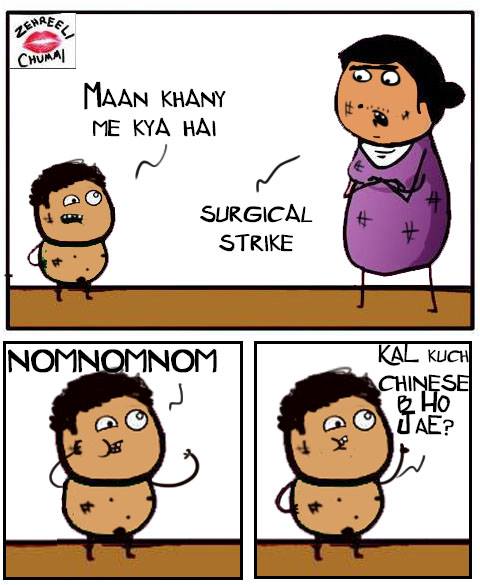 How projects like metro don’t truly benefit the poor, similarly, the Indian news propagation of a  surgical strike was technically of no value to the people. They celebrated it for no reason meanwhile poor children all over the country slept without eating every day.

3. The time he gave a truthful message to all Indians about their Prime Minister 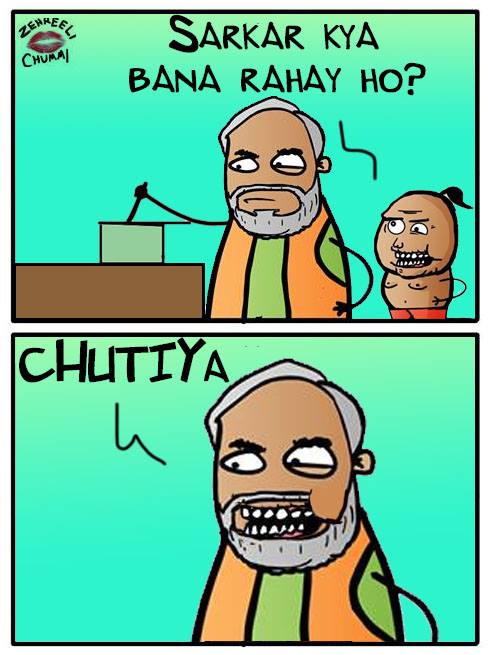 Something that can fit on every country in the world. The people are always the ones who are fooled.

4. The time he pointed out the lack of research and credibility by the Indian print media 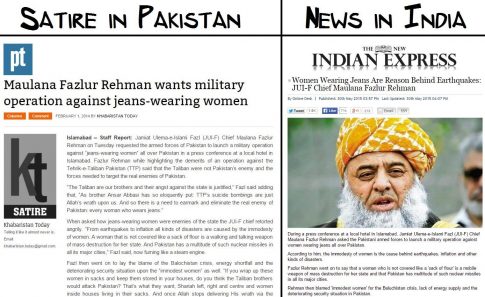 This not only exposes the credibility of their media but also urinates all over it!

5. When he pointed out the reality of misdemeanor of Indian Muslims and Shudras at the hands of Hindus 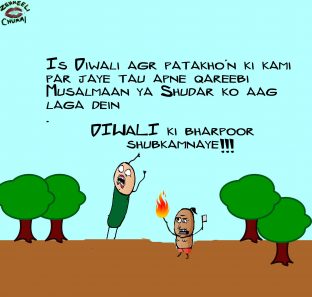 A response to those Indians who talk about Pakistan being mean to its minorities but overlook the situation in their own country.

6. And when he just ridiculed the news about the Indian aircraft leaking its lavatorial waste 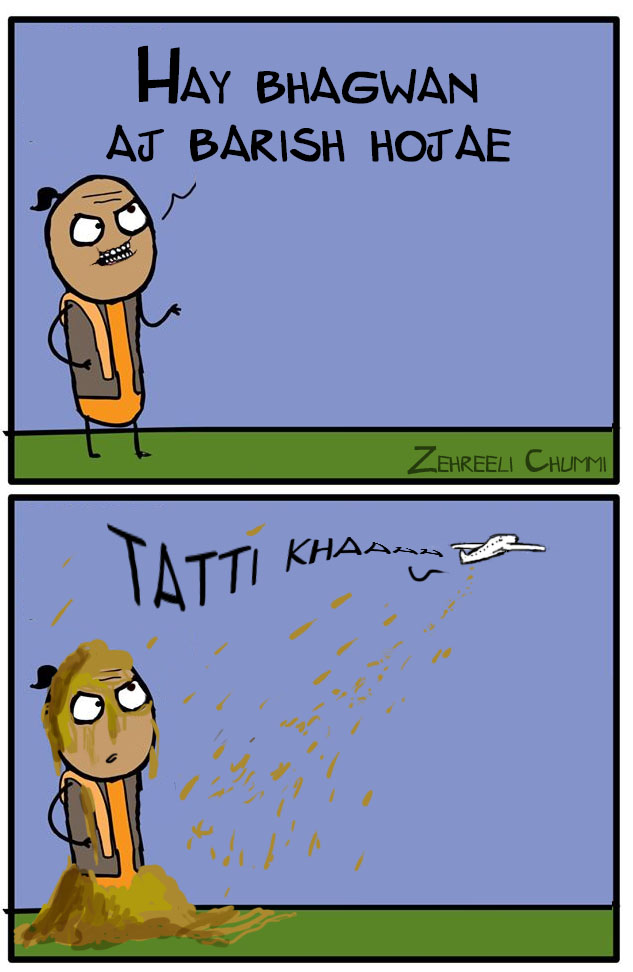 And this comic where he makes us feel that PIA isn’t the only airline that keeps screwing up basic services.