Major General Asif Ghafoor is the Director-General of Inter-Services Public Relations (ISPR) and chief spokesperson of Pakistan Armed Forces. Among all the prominent figures that play an important role in Pakistan, Asif Ghafoor has gained the largest fan-base of youngsters after Prime Minister Imran Khan. 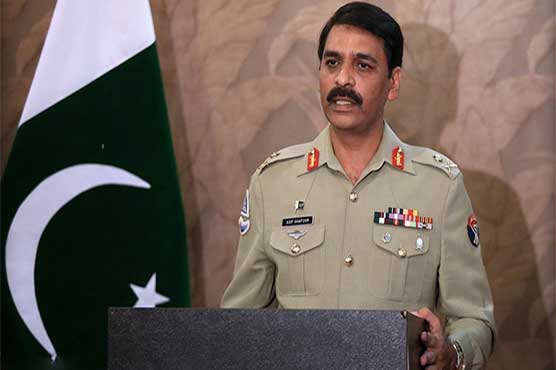 His witty remarks and downright hard-hitting responses to Indian trolls on one of the biggest social platforms – Twitter, have made him every Pakistani’s favorite. Although belonging from an older generation that isn’t well versed with online jabs, subtweets, and whatnot, Asif has single-handedly won the new-age-online-war.

Here’s the list of the times Asif Ghafoor owned Indians.

India has been spewing lies ever since the Pulwama incident and has been trying to glorify their failures as victories; which DG ISPR didn’t slip by that easily without sending friendly-reminders their way. Here are the epic responses of Ghafoor.

India’s moon lander mission was declared as a failure after communication with Vikram was lost, deeming that it has crashed on the landing sight. Asif Ghafoor took this chance to remind India about the cost they will have to pay further for committing mass human-rights violations in IoK.

Loss of 900 Billions to indian govt for losing communication with #Chandrayan2.
How much for blocking communication in IOJ&K?
Much much more…. and not financially alone.
In Shaa Allah.#کشمیر_بنے_گا_پاکستان

2. Asif Ghafoor to SRK on Bard of Blood series.

Shah Rukh Khan got a head-on response from the Major General for promoting a series that conveniently places Pakistanis as the bad guy, instead of using his star power to instill peace and harmony between the two nations. Khan was reminded about the ground realities that show a weak India that either fails to infiltrate Pakistan’s airspace or snatches basic rights from the Muslim minority.

Stay in bollywood syndrome @iamsrk . For reality see RAW Spy Kulbhushan Jadev, Wing Comd Abhinandan & state of 27 Feb 2019.
You could rather promote peace & humanity by speaking against atrocities in IOJ&K and against Hindituva of Nazism obsessed RSS. https://t.co/0FWqoRQsO6

3. Cricket is not a joke and Ghafoor made sure Indians know their place.

India jumped to the opportunity to troll Pakistan when it was out of the ICC World Cup 2019 and had the audacity to bring Abhinandan into it. This didn’t sit well with the Maj Gen and he made sure to give the delusional Indians a good reality-check!

Good luck for WC19. We don’t equate sports with other things esp issues & conflicts. We Pakistanis are truly large at heart, ask Abhinandan. But you can’t understand this as it req moral values,a lacking displayed vs Eng.
Yes, tea cup is with us, also Mig21 wreckage & much more. https://t.co/olyJ9aofgY

4. Amit Shah gets schooled for mixing ‘strikes with cricket-matches’.

President of BJP made a rooky mistake of forgetting India’s shameful past and mixing those ‘strikes’ with the cricket match. Once again, Pakistan’s army spokesperson made sure to remind him.

5. Indian Chinar Corps Commander is taken to the cleaners for placing baseless accusations on Pakistan.

It doesn’t get better than this. DG ISPR called the Commander out on Twitter for blaming Pakistan to be behind IOK’s unrest and portraying India as the ‘saviors’.

He soon tweeted again and it definitely took a very serious turn where Asif Ghafoor warned India to not think of any misadventure or the response from the other side of the border will be stronger than that given on Feb 27th; hinting at a possible war.

Should there be an attempt by Indian Army to undertake any misadventure, Pakistan’s response shall be even stronger than that of 27 Feb 2019.
Thousands of Indian troops have failed to suppress just struggle of brave Kashmiris for decades. Current surge won’t succeed either.

Clearly, India is under the spell of their Bollywood movies that help them bloat their ego when the reality is far from what they portray in these shows. Asif Ghafoor advised them to watch the footage released by PAF of real strikes which might help break their hypnotic cycle.

Traditional blatant lies of indian media exposed by viewers. That’s what we say…. there is always a difference between bollywood cosmos and real life. Filmi pomos can’t undo reality. Must watch original footage of strikes released by PAF. pic.twitter.com/GwNKJvvjh6

All in all, Major General Asif Ghafoor is one account to look out for on Twitter. He has the guts and the facts to hush every Indian troll and prominent Indian personalities that try to get away with creating a false image and claims. Pakistan Amry is not to be taken lightly and so is DG ISPR. not just by the countries but also by those keyboard warriors that think they can get away from the watchful eye of Maj Gen Asif.

Automotive Industry Sales Decline Even Further!
Pakistanis Are Respecting Asif Ghafoor After His Reaction To India’s ‘Rafale Pooja’!
To Top