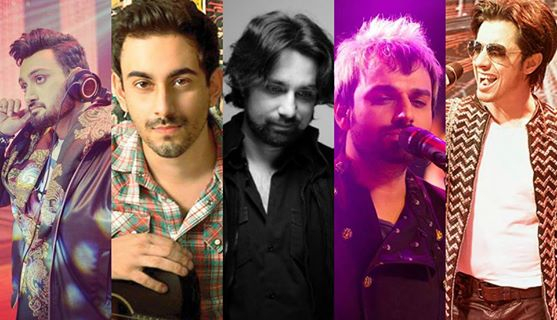 Just think for a second how awesome it is when superstars take time out of their busy schedules and reply to your activities! Well, talk about Pakistan most of the times celebrities can’t tolerate the criticism. They ignore, refrain or simple pay no attention but everybody is different. Some of them are way too cool to deal with it. Let’s take a look on these super cool stars: 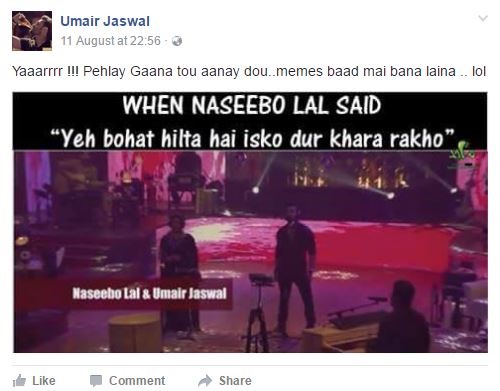 The greatest “Sammi” of all times UJ is the friendliest internet celebrity who actually enjoys criticism. I mean c’mon who share his own memes and add funniest captions to it? He is loved my millions and his cool happy-go-lucky attitude is favored by all. 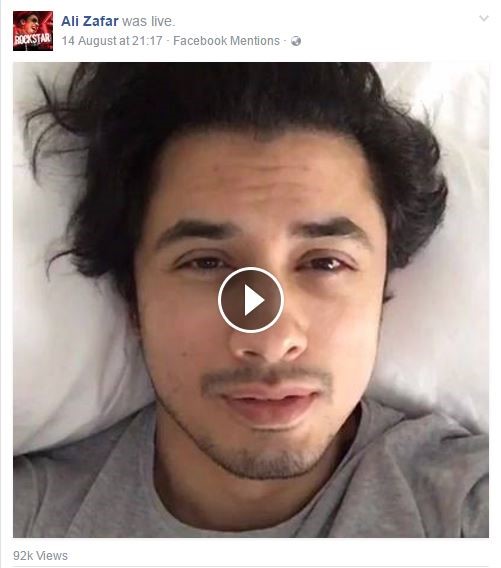 BK ups the online interaction game with his fans by re-tweeting and liking the fan posts. Best thing about Bilal Khan is that He actually takes time out of his super busy schedule and read what his fans write about him.

The pioneers of Pakistan rock music industry Noori is all set to interact with you through re-tweets and replies. The duo is back with the bang with their blockbuster performances at Coke Studio. Either it’s having nalli nihari at Javed nihari or their trip to northern areas of Pakistan, they keep their fans updated 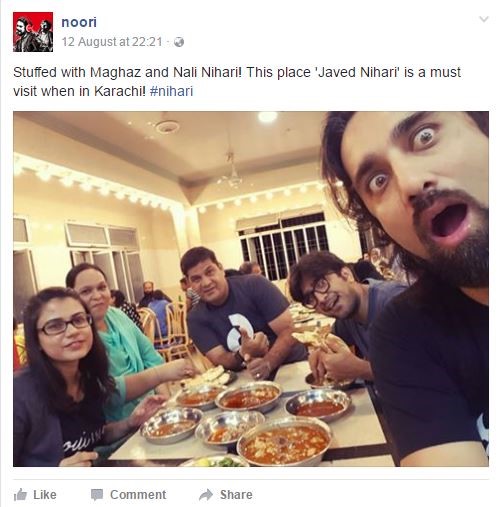 It was an absolute treat to see Ali Khan after a decade. Many artists’ tweets and give re-tweets but its Ali Khan who will actually have a conversation with his fans. The way he express his love for his fans is something out of the world. He’s becoming the new internet favorite celebrity. 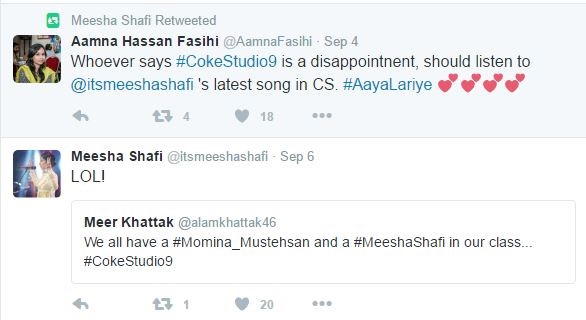 It won’t be wrong to say that Meesha Shafi has impressed millions of people with her beautiful voice. Not just a beautiful voice, she has mastered the art of having a super cool loving personality. It just amazes me how out of her way too busy schedule she responds to the love and care her followers show towards her. She will respond to your love via re-tweets on Twitter. Isn’t she lovely?

5 Unique Things That You Can Only See In Dubai!
Humaima Malick Is In A Very Serious Relationship And She Wants Everyone To Know!
To Top