6 Key Findings In The JIT Report Which Might Make The Sharifs Have A Run For Their Money! 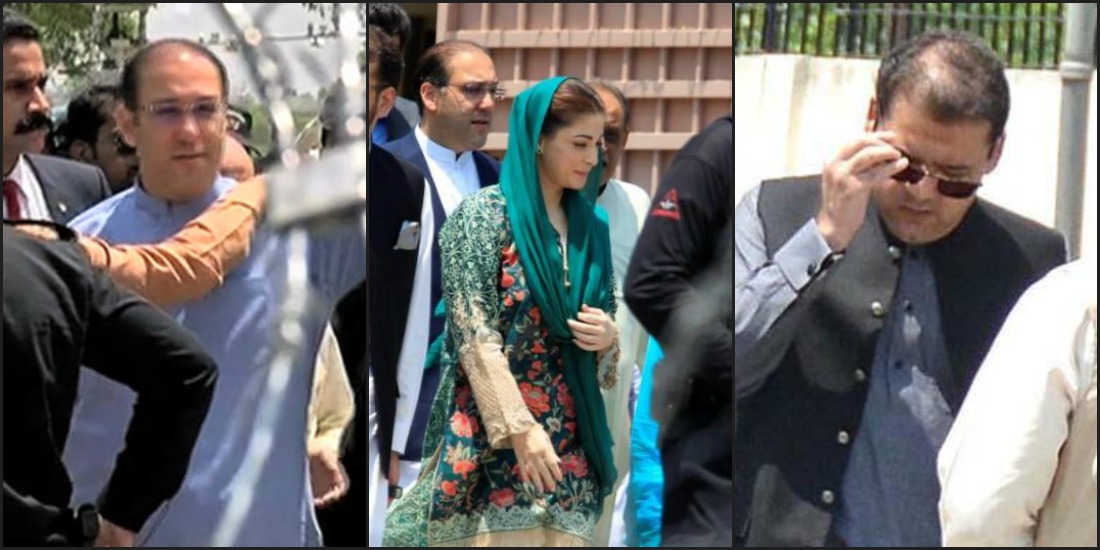 The Joint Investigation Team appointed towards the Sharifs have finally concluded their 60-day long investigation, prepared and submitted a massive report of more than 250 pages. The whole document comprises of everything that went on inside the closed and confidential doors of the JIT hearing venue, what questions were asked and what answers were given by the Sharifs and related members. The findings of the JIT have been rejected by the whole PMLN even before it was presented to the Supreme Court. Perhaps it became obvious of what is to arrive next and further steps are now being explored to pull the Prime Minister and his family out of this quicksand. Valuable discoveries that the public saw in the revealed report are as follows:

1 Nawaz Shareef was asked 14 questions, the majority of which he could not answer due to lack of knowledge.

Nawaz Shareef failed to answer most of the questions as he did not have any knowledge of what he was being asked. It is quite peculiar to believe that the head of a family would not business deals being done by his family. Also, JIT reports that the PM was quite non-cooperative on many of the events during his hearing. Interesting matter if a person claims to be clean of all alleged charges.

The questions asked were answered by Hassan Nawaz by either an “I was not the one to do this” or “I have no clue of this event”, or yet still “This is not to my knowledge”. This leads to an endless spiral without any conclusion for the JIT except that something is fishy.

3 Hussain Nawaz Is Twice Married, and certainly not a child as Ishaq Dar proposes

He is a father to around seven children from his two wives, and Maryam herself has now become a grandmother, whereas Hassan Nawaz has a similar situation as well. Then, how can Ishaq Dar say “bachon ko court mein ghaseeta ja raha hai!” (children are being dragged to courtrooms) Surely, none of them is a kid anymore.

4 JIT report says Rehman Malik should not be trusted, a cunning person.

A very strong statement passed by the JIT members which can hold Rehman Malik accountable for a quite some time during his career.

With such an aggressive and threatening report presented against the present Prime Minister of Pakistan and his family, it is well obvious that the PM would challenge this report and may ask for evidence that leads to such horrendous conclusions towards the Sharifs family.

6 Islamabad Slammed With Section 144 Of The Constitution Across Region For 2 months!

This means that any political or public gathering, may it be peaceful can be legally stopped by the government or the law and order forces. The article can be extended for a period of 2 months till then the situation of the region should calm down. This article is in direct opposition to the Section 16 of the Constitution which gives the public their right to a peaceful protest.

The Sharifs have started to get really uneasy towards the current situation and nobody is sure among the PMLN members of what is about to happen next. Rumours have already started to surface saying the Shahbaz Sharif and senior PMLN members advice Nawaz to resign. However, with the final decision of the Supreme Court yet to be announced, the public must wait to find out what is to become of the future.