5 Facts that You Need to Explain to Your Parents about Halal Dating! 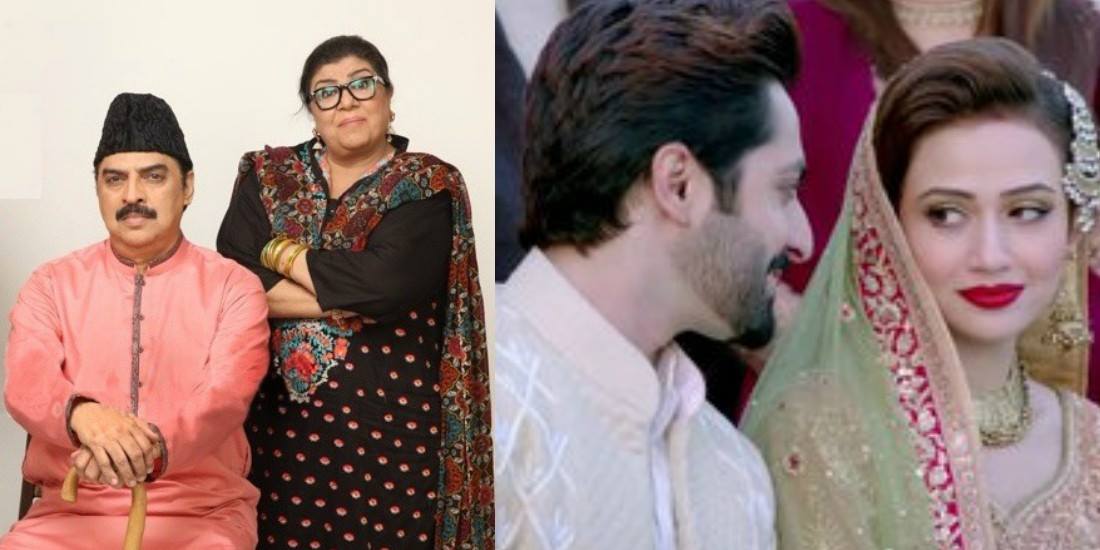 The biggest challenge for any Pakistani Muslim is to get their chosen partner approved by their parents. I believe this is mainly because of the societal and cultural pressure on parents. Just the thought of their sons or daughters ‘going out’ and ‘roaming around’ in the city with their significant other, give them panic attacks. If by mistake, your parents share their concern with any of your relatives, they leave no chance to add their ‘Haww Hayes’ and ‘Astagfirullahs’ to make the situation worse for you. They also give their valuable advice to your parents to get you married with someone from the extended family before things go ‘out of control’.

The Only Solution To Counter Love – Arranged Marriage!

My question is, when, at a certain age, parents believe that their child is mature enough to tie the knot, why do they consider them immature enough to take a decision on their own? Why don’t they trust their choice? Let alone, love marriage cases, even in arrange marriages, parents mostly don’t allow the girl and guy spend a certain amount of time together to know each other. What’s wrong in getting to know someone before deciding to marry them?

Just The Thought of ‘Going Out’ With A ‘Stranger’ Can Give Parents Panic Attacks! 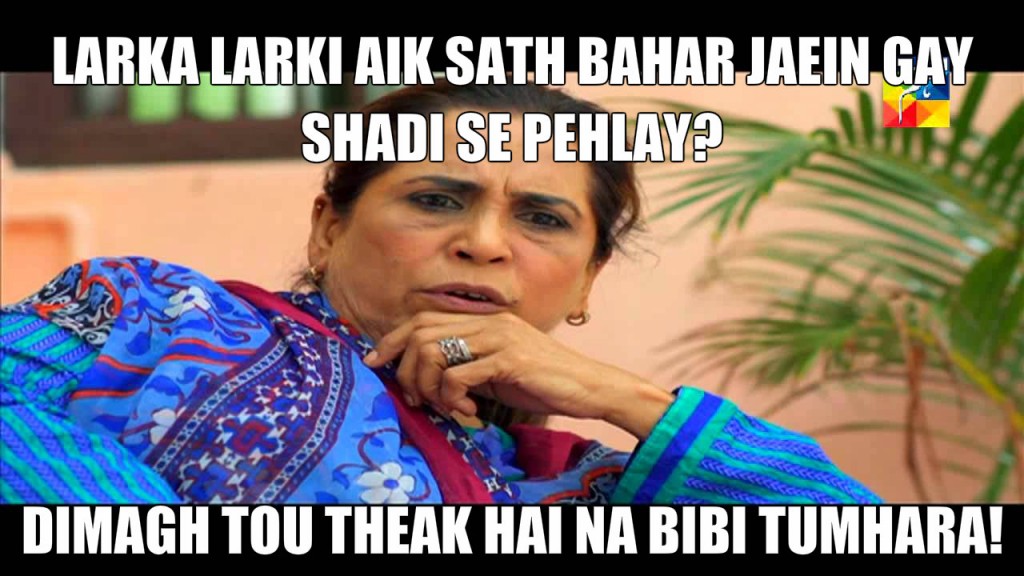 There is a reason why the divorce rate is hiking up! It’s simply unjustified to get hooked to someone just for the heck of it. Gone are the days when women used to compromise. They are more empowered and less flexible now. They too have a say now. Even the guys have also altered their checklist for ‘perfect wife’. 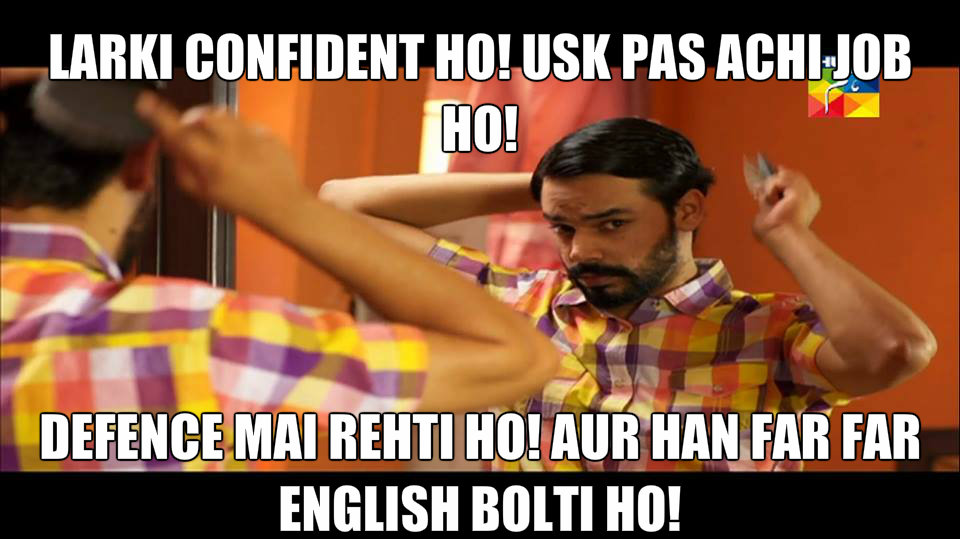 Anyway! So, how do we find the right partner for us when we are not even allowed to meet someone?

Dating Someone (Openly) Is Just Not An Option In A Pakistani Society! 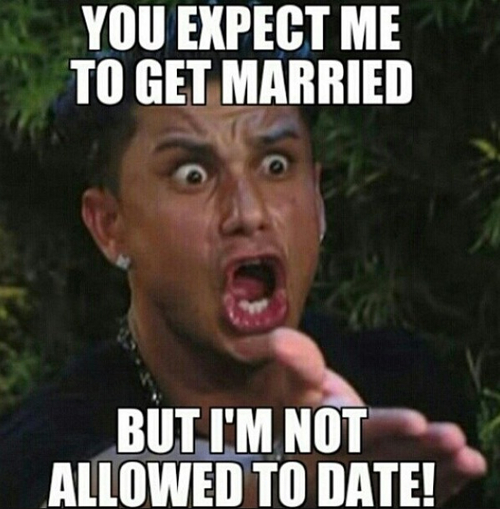 Lately, I came across the concept of ‘Halal Dating’ which is an Islamic way out of this situation. This should satisfy our parents and shut all the ‘good for nothing’ relatives, once and for all.

The beauty of Islamic lifestyle lies in its diversity. Not everyone will agree on your version of Halal Dating. Despite the difference of opinion, there is a standard process for it. 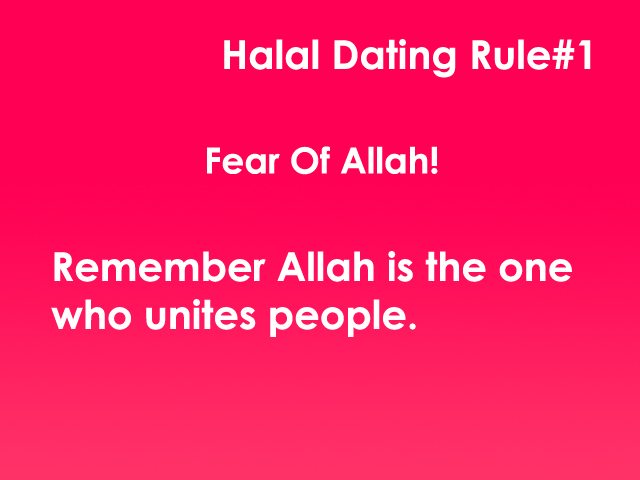 One thing remains constant, that is the fear of Allah. Allah is the one who unites people. Therefore, his rulings on interaction and pride are practiced as a part of the process. 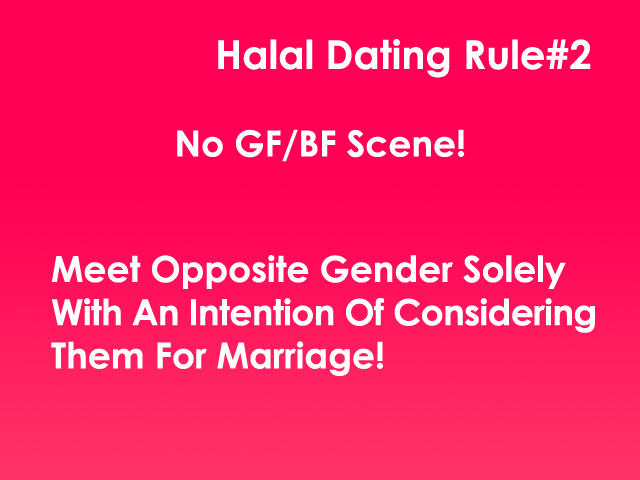 Social events are the very basic platform to get introduced to opposite gender. People meet others through common friends, family members at various gatherings such as weddings, religious gatherings, etc. This is an interesting way to get introduced to other single Muslims. After a couple of meetings, if you find someone interesting, you might want to have a one on one meeting. 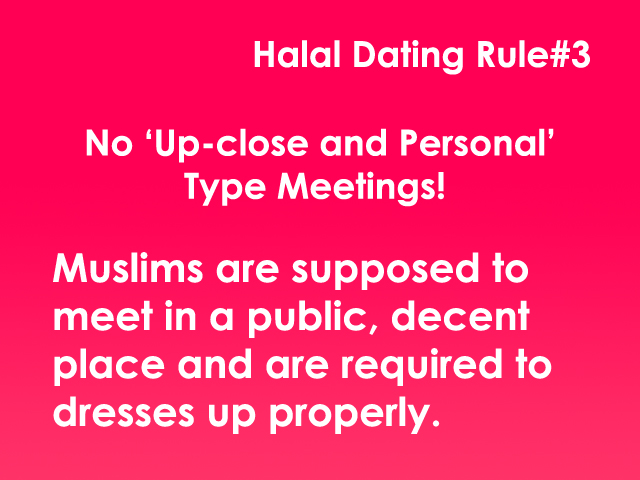 No! No! No! Halal Dates are not like the regular ‘Up-close and ‘Personal’ type meetings. You won’t be allowed to meet the person in an ultra-romantic setting or to have a conversation over the internet with a stranger, per se. The boundaries are set as per Islamic laws. The Muslims are supposed to meet in a public/ crowded, decent place and are required to dresses up properly. 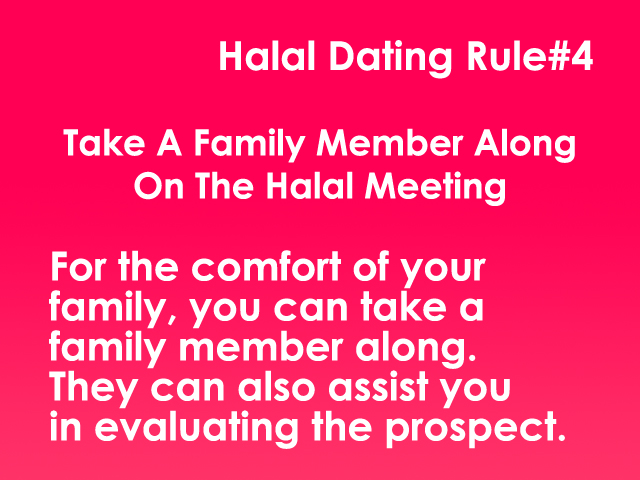 If you belong to a really conservative and religiously strict background, take one/ two of your family members along but don’t make them sit on the same table. Let them sit at a distance from where they can see you but not hear you. Otherwise, you won’t be able to talk about all your concerns freely.  A café or a restaurant can serve the purpose. 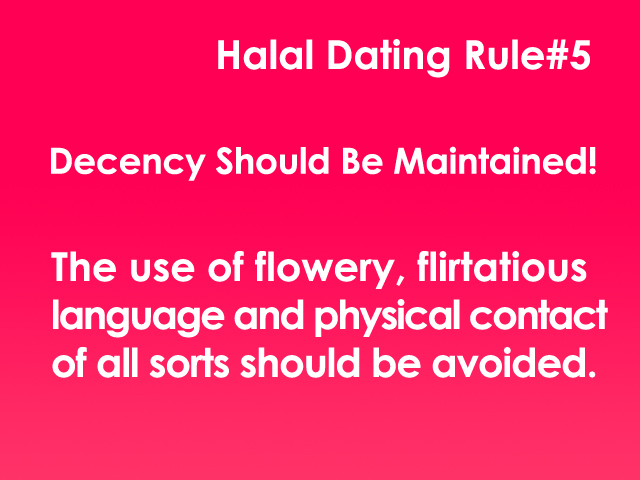 Judge and rate the other person on his/her personality. Notice their dressing sense, the way they talk, their manners, values, character in general, and sense of humor. Remember, that you are finding the right match for yourself, not for your family or parents. It’s you who have to ultimately bear the consequences of the decision. In Islam, the opinion of parents is highly valued but even they can’t make you marry anyone without your consent. The individuals are encouraged to make this decision on their own. Here is what Prophet Muhammad (PBUH) said when Khansa Bint Khidam told him that she did not like the person her father chose for her to marry:

Forced Marriages Are Invalid In Islam! 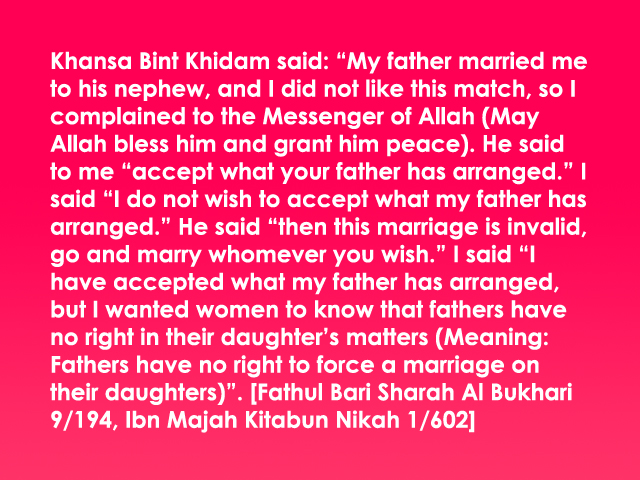 Most of the times, people leave their decisions pertaining to marriage on their parents simply because they think that they are going to make the right decision for them. They suppose that their parents know them well enough. They decide to say ‘Yes’ to whatever option is presented to them without even knowing the person they are going to marry. Well, whom are we kidding? Do our parents really know the real us? Think again! We all know the answer! Don’t we?

Even if you manage to please your parents by blindly following them, you might not be able to live a happy married life unless you are sure that she/he is ‘Your Type’. Otherwise, you will end up blaming them for every negative thing happening in your life…

Muslim adults can also get married without having the consent of their families, (at all), but not in rebellion. The decision should not be impulsive also. If two people are mature enough to feel that they are the fit to marry each other, no one is permitted to object.

So, while remaining within the parameters of Islam, a couple can meet one another and decide if getting married to a particular someone is a wise move or not. If they decide to do it, they might also consider the opinions of their parents, once they have their consent, it kind of becomes sort of an arrange marriage. Doesn’t it?

Read Also: Dear Society- There Is Nothing Wrong With Dating Someone While In University

PSL: New Song for Karachi Kings is Out and Everyone is Like ‘WOOOOOAHH’
A Father Shares How his Sons Were Harassed at This Famous Restaurant in Islamabad
To Top