Pakistani culture requests us to bond with our parents for life. We would be eighty years old and still be a spoiled brat. Well, that’s because Pakistani parents shower us with enough love that we always remain a little child for them.

Our culture also tells us that there is nothing above family. It is the ultimate thing that we need to stick by us to death! If you’re going to be SO close to someone then obviously there will be a plenty share of fights as well.

It is no joke that Pakistani parents can be strict. They can be so strict that even thinking of doing something against their advice…gives us goosebumps! Not every Pakistani family might be like that but the majority of us live with pretty strict parents. Now, this is also why sometimes our parents cannot properly express themselves.

So, after a fight apologizing and making up with them can be hell.

Pakistani Parents Controlling Nature Isn’t the Only Thing to Focus On:

Let’s admit it most Pakistani parents suck at apologizing, especially the dads. They can take days to admit their mistakes and most of the time they don’t even apologize. Our parents just suddenly move on. I’m sure not everyone has the same set of parents as the majority but still, you can relate to some degree. 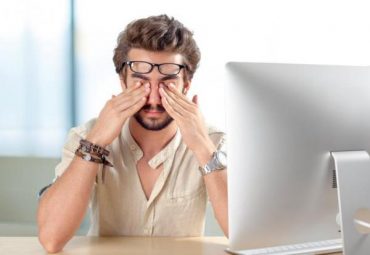 It is definitely in the culture (and in most families mindset) to emotionally bond, but still, be stubborn after a fight. However, Pakistani parents controlling nature after a fight is often accompanied with sweet gestures.

These are simple ways that Pakistani parents usually adopt in order to apologize to their children (of course they cannot be accurate for everyone but these are actually the most common ways):

You’re sitting in your room, sulking after an argument when suddenly your mother barges into the room with a plate full of fruit. She is still angry but wants to make up for it by cutting up some fruit herself and bringing it to you.

Mothers cannot leave their children alone even after a huge fight.

This is because most of the time they are always emotionally close to their kids than the father. She is caring and is the first parent to apologize first. You can easily notice in her way of conduct that she feels sorry.

Sometimes, she can be stubborn but her motherly instincts will still kick in. So, to show that there is no bad feeling left she will bring food into the room for her children to enjoy.

She won’t even look you in the eye and just place the plate on the table and leave.

But because she suddenly came into the room to give you food you can get yourself, that shows that she is feeling sorry.

She wants to talk again.

It’s the children that should be apologizing and feeling bad first but still, nothing beats the remorse of a mother. Haye, what can we ever do without the love and support of a mother!

Trying to Initiate A Conversation With You:

Do you remember the time when you’re watching TV after a major fight and after an hour or so your dad comes into the room to ask you ‘kiya dehk rahe ho?’ Well, I’m guessing I probably dug deep into some past memories. This actually goes for both parents.

They would sit by the edge of the bed just waiting for your response. Even though they try to show that they don’t care but their subtle comments just scream that they want your attention.

They can start a conversation on literally anything just to divert away from the fight. That’s how they show that they truly do care enough so they are making the effort to come and talk to you. It’s a way of saying ‘well, let’s just leave it at that’.

Buying You Something They Usually Don’t:

I think this is something that all of us can notice. When they suddenly buy you something you know they NEVER would if you didn’t have an argument with them. This is also just one of their ways of offering a simple apology.

This pretty much just means ‘chor do beta’.

They could get you anything simple but it would still be fishy. Why are they suddenly buying me something? They wouldn’t do that on normal days. Parents, your tricky ways are in our palms now! We can finally understand when you feel bad for us and we will try to comply with you so you don’t feel awkward.

Their Body Language Is Different:

This is understandable both before and after the argument/fight.

You can see that once they calm down, somehow they are just trying to find ways they can talk to you again. So, they would frequently walk around you or reply to your questions. Even when sitting down together, they’ll try to be as close as possible. This is just an affectionate way of once again being sorry and trying to make up.

They will also try to talk to you eye-to-eye. They keep making an effort to dilute the situation through their subtle ways. It is the most heart-warming thing if you ever notice properly.

Well, what did we learn? You can finally get an apology from your parents! Not really. These are kind of the general ways that most people that are close to you but bad at apologizing, tend to do. This isn’t a fixed way of acting for Pakistani parents but simply some stereotypical ways that show they feel sorry.

We shouldn’t really wait for our parents to apologize because as Pakistani children in order to keep the traditions of brown culture alive…..we will keep ourselves as the scapegoats. Is this a wrong thing? Probably, but we are used to it by now.

Comment below if you have ever noticed your parents trying to do any of the above gestures to you after a fight!