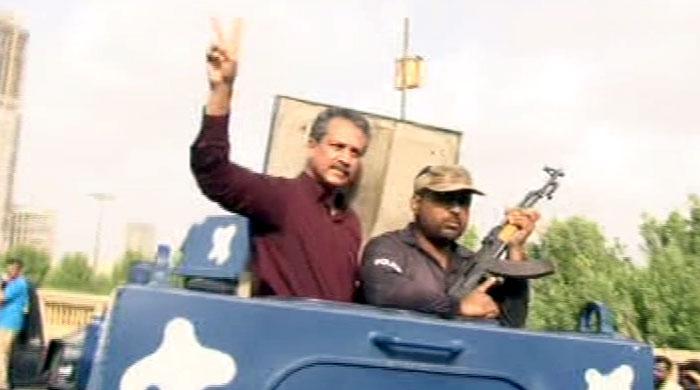 Waseem Akhtar, a prominent MQM leader has been sent to jail on a 14-day judicial remand. The major candidate for the seat of mayor of Karachi allegedly confessed to his crimes that lead to events that occurred on May 12, 2007.

According to the police, Waseem Akhtar confessed sending out orders of firing at people who had gathered to present a welcome to the chief justice at that time. It has also come to notice that another suspect has been taken into custody who was working alongside Waseem.

Waseem Akhtar was accused of facilitating provocative speeches of Altaf Hussain, providing medication and shelter to criminals at hospitals of Dr. Asim Hussain, while all the remaining seven cases are related to May 12 bloodshed.

After the confession, there are a few points to ponder, given the current state of our nation:

Point 1: Who to Blame? Politicians or Terrorists?

It is a great disappointment to realize that those ruling our country are just another face of terrorism that the Pakistan Army is fighting in the Western border. How will the nation move towards a bright future, if all that the public is getting are people who plan politics of murder and carnage?

Sure the police have Waseem in custody now and sure they do target criminals by getting intel. However, we all know how corrupt the police system is. Bribery, greed, and lack of morals is what makes a standard police man nowadays. Why is it that the criminals of May 12 were not put in handcuffs back then? Why is it that Karachi still bleeds and Rangers have to be called now and then to take over the largest city of Pakistan when providing security is a job for the police?

Point 3: Why do we support such ‘leaders’?

Have not we had enough with watching the 9 p.m. news and listening to an alleged corruption of some politician or a ruling party? When are we going to learn from our mistakes and decide to choose a better leader from amongst ourselves?

Point 4: Reaction of the Government

Since Prime Minister is a chosen representative of a political party in majority, it is often seen how corrupted leaders of other parties eventually begin to support the ruling party for upcoming elections.

Apparently, in Pakistan, the interest of a party is far more important than the national interest and the benefits to the population. Why can not a government abandon such politics of murder and corruption, purge themselves by abandoning such party policies, and serve the population in a true manner for a long term support that is well-earned?

It is about time the nation realizes who their true heroes are. People who are ready to take command and lead us to the light at the end of this tunnel which corruption, murder, and terrorism have gotten our country into.

7 Things Girls Say To Guys They Don’t Want To Be In A Relationship With!
Verizon bought YAHOO! Search Engine for less than $5 billion
To Top