4 Khaled Hosseini Novels That Can Make You Emotional In Minutes!|Parhlo.com

Khaled Hosseini is an Afghani writer who initially started his career as a doctor but then became interested in writing and published novels. Most of his novels have been an absolute hit in multiple countries, including Pakistan.The plot of his stories usually revolves around his hometown Afghanistan. Also, the center of Khaled Hosseini novels is always a hopeless character whose journey makes the reader feel connected to the story.

Moreover, considering the set-up is usually Afghanistan, which is a country we share a lot of culture with, reading his stories can be relatable for a lot of Pakistani’s as well.

He is a record-breaking and best-selling author especially for his first novel, The Kite Runner. Even though many of us have heard his name but we haven’t jumped into his literature. Here are his best four books that tug at your emotions and remind you of life’s insignificance: 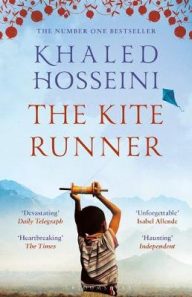 This book is a classic that literally everyone has once heard of in their entire lifetime. It was included as a bestseller in the New York Times for more than two years and gained fame all over the world.

There is even a The Kite Runner Movie. But we know that the movies don’t usually do the books justice! So it is better to dive into the book first. Not to mention, people have also made other various adaptations as well.

Now, what is the story?

It begins with Amir who belongs to a rich family; specifically mentioning, his father is a wealthy merchant. He has a friend, Hassan, who lives in a poor lower-class household and is of the Hazara ethnicity. Despite their backgrounds and racial differences, they become good friends.

The story shows that at that time there are a lot of pressures regarding faith, ethnicity, and politics. So for them to survive in a society with all the difference is difficult. Yet, their bond seems to be strong.

Moreover, this novel continues to show the importance of the two boy’s friendship and how they keep overcoming the torn country to enjoy their childhood. It is a gut-wrenching truth-based story that even gained controversy in Afghanistan. But the novel is a classic and a powerful example of what war and hatred cause.

No one can master Khaled Hosseini’s writing style.

Read Also: This Is What Life In Afghanistan Looked Like Before War 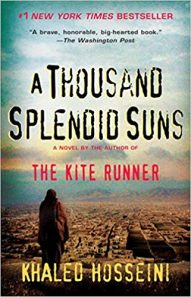 Published in 2007, A thousand splendid suns is his second novel after The Kite Runner. It shows the relationship between a mother and daughter while the main character is a young girl Marium. She is an illegitimate child that goes through horrible experiences because of her birth. Moreover, she also is a victim of a toxic marriage. Throughout the story, there is then the introduction of another character, Laila.

Laila lives in a less horrid environment but a twist occurs when they both meet.

This story entirely focuses on the conditions of women in Afghan societies. It also sticks to the same saddening theme.

Is A Thousand Splendid Suns a true story?

No, This novel is not actually a true story but it feels real, There is no person on whom the story is based but there are many Afghan women whose life is reflected in the story.

Also, once after reading, we all can agree that it is an important message regarding the position and roles of women in third-world countries.

And The Mountains Echoed: 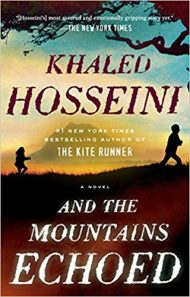 Similar to A Thousand Splendid Suns, And the Mountains Echoed shows a relationship but between a father and a son. The main character, Abdullah, who is a child, lives with his sister Pari, father, and stepmother in a remote village in Afghanistan. The family is suffering from a financial crisis as the father is on the on-going search for a job. Abdullah is barely close to anyone in the family except for his little sister Pari. His relationship with her is a strong bond that can never be easily broken. Moreover, his entire life just revolves around Pari.

They eat together, sleep together, and stay by each other’s side on the daily. But a twist occurs. The father plans on going to Kabul to meet their relatives. A harmless journey ends up as the worst nightmare for the siblings. We can’t spoil too much because the novel is good as gold and should be read without any spoilers. There needs to be a focus on Khalid Hosseini’s writing style here to fully comprehend the intensity of the scene.

The theme of the novel is regarding relationships, bonds, and the choices that we make. It shows the pathway of experiences we go through with our loved ones and how that makes and breaks us. 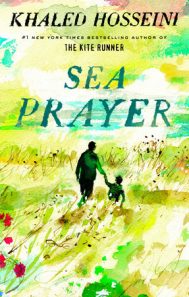 Sea Prayer is recently released by Khalid, in September 2018. It isn’t a lengthy novel but a short illustrated book. This book has made history just like the rest for its painful story and dialogues. Sea Prayer is about a letter that a father is writing to his son before their journey to the sea as refugees. It seems that he is worried about the dangerous journey and is wishing his son well. This book is based in Afghanistan, however. It shows Syria and its war-ridden streets.

Read Also: The Surprising Role of Saudi Arabia For The Syrian Refugees

Khaled wrote this story inspired by the well-known image of a young Syrian boy Alan Kurdi, washed up by the beach in Turkey in 2015. It was an image that left people with constant thoughts. Protests occurred worldwide regarding the refugee crisis because refugees weren’t even treated as regular humans that deserve a home or shelter. The novelist has also donated the proceeds from the book to the UNHCR and his own foundation, The Khaled Hosseini Foundation that helps refugees worldwide. This shows his priorities and demonstrates that Khaled Hosseini novels are just an accumulation of classic quotes and warming gestures.

His stories resonate with a lot of people especially the ones belonging to third world countries because this gives us a sense of representation and pride. We see novels written on places like Afghanistan by an Afghani writer make it big in Western countries, and that makes us feel we can do the same as well.

Have you gotten the opportunity to read some of Khaled Hosseini’s novels? If so, which one was your favorite and why?

Dressing Sense For Men: Things You Should Do To Attract The Ladies!
10 Men Skincare Tips That Will Come Very Handy This Summer!
To Top