4 Days to Deadpool: 6 Most Awaited Marvel/DC Movies This Year! 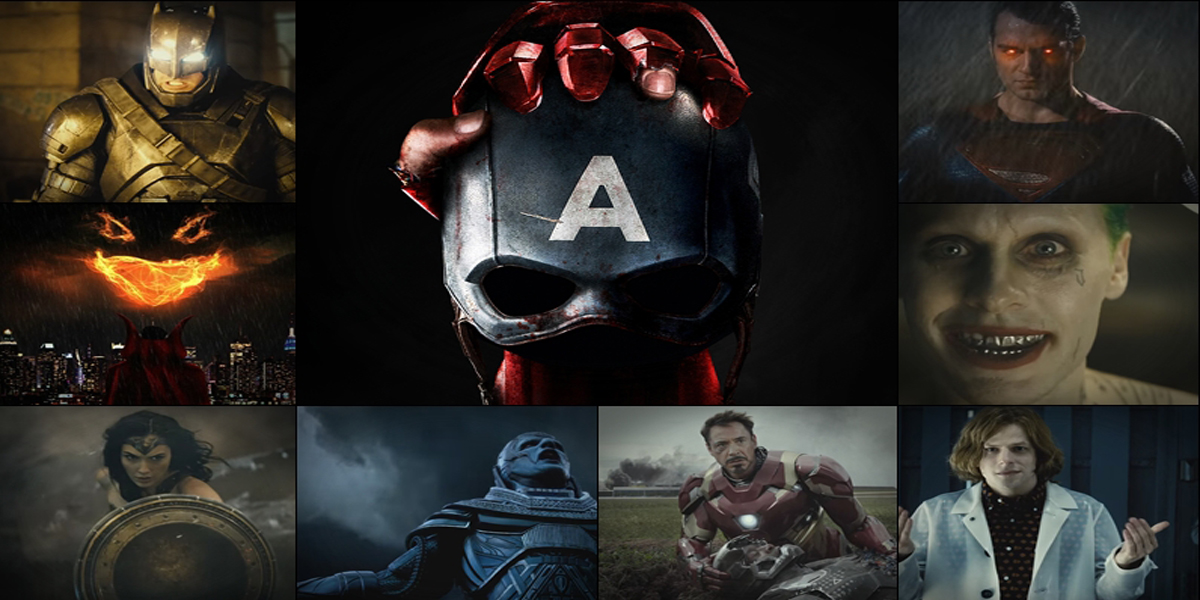 Since Deadpool is all set to premier in 4 days (12th Feb), we are yet again, entering the next phase of the Marvel’s Cinematic Universe, and a new phase in the DC’s as well.

After 2 unsuccessful boots of the character in the cinematic universe, Deadpool is all set to reboot on the 12th of February. Ryan Reynolds in a kick-ass & serious-comedy role, that’s something to look forward to.

So who is deadpool? A former Special Forces operative, trying to cure his cancer. Now armed with a unique set of skills, weapons, and the mind of a mad-man, he seeks revenge on the guy who turned him immortal.

Deadpool is included in the X-Men film series, as an installment for future character collaborative films. He, being a one-of-a-kind character in the marvel comics, will surely BLOW AWAY the audience.

50 Days to Batman Vs Superman

Gal Gadot premiering as Wonder Women? Hell no! I’m not missing this film for the world. And if you are a real DC fan, you definitely wont miss this movie.

The film is the 2nd installment in the DC Extended universe (1st installment: Man of Steel) and it will follow an original premise. Although Batman’s character is a little influenced by the Batman’s Limited series, we will get to see Ben Affleck in action.

The film is set to premier on 26th March. Haven’t watched the trailer yet? Have a look.

After watching two phases of The Avengers working together to save “Amrica”, it’s time for The Avengers to split. The whole timeline of the Marvel’s cinematic universe was getting a little dry, until Civil war. With building tension in the previous installments between Captain and Tony, it’s time they part ways for good. A whole new lot of superheroes are ready to jump in and take over The Avengers.

Civil War is set to release on 6th May.

Awakening of the first mutant on earth, X-Men Apocalypse has hoarded for us, a number of heroes and villains sharing the same screen, in quest to seize the world for them. A mutant who can control all other mutants? I would love to see how the X-Men are planning to defeat the Apocalypse and his 4 horsemen.

The film is set to premier on 27th May

3rd installment to the DC extended universe, Suicide Squad introduces the 2 major antagonists of DC in a whole new look. The joker, Harley Quinn and the rest of the squad! I don’t think anyone can outplay the character of Heath Ledger, but Jared Leto seems to have given a good twist to the role. With Will Smith on the team, they are sure have a lot more stored in the film then they have revealed.

The film will be released on 5th of August.

Booting for the first time, Doctor Strange has kept himself a stranger to all of us. His debut in Marvel’s Cinematic universe will bring about a different and a unique view of comic book heroes.

10 Young, Passionate And Non-Corrupt SSPs Of Sindh Police Who Are Pakistan’s Pride!
If These Players From The Gladiators Were Actually From Quetta
To Top