Pakistan Army Helped Shift A 330 KG Man From Sadiqabad To Lahore In An Air Ambulance On COAS Bajwa’s Orders!

Obesity has been a growing concern in Pakistan. According to the sources, real-time scientific research survey says that a staggering 50% of Pakistan’s population is obese. That’s half the population under the threat of developing diabetes and several other severe diseases. 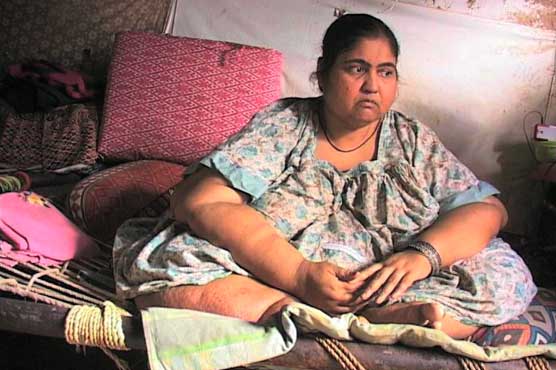 People that are overweight and obese are likely to suffer from serious health conditions like high blood pressure, cancer, type 2 diabetes, heart diseases including bone and joint disease.

Prof Dr. AH Amir from Hayatabad Medical Complex, Peshawar mentioned that the World Health Organization (WHO) has set a different set of standards of Body Mass Index (BMI) for the South Asian and global population.

Causes of obesity are not as simple as overeating and taking more calories than the body requirement. It’s much more complex than this. However, two generic causes are:

Food like fast food, fatty food, processed meat, dairy products, foods with added and hidden sugars like baked goods should be consumed in moderation. In beverages, sweetened juices and sodas that have an alarmingly large quantity of sugar added in it should be avoided.

When the above-mentioned diet is consumed heavily without or too little exercise can slowly and gradually lead to being overweight and obesity.

Anything that is rich in fiber like fresh food and whole grains is a better much healthier option as it helps in fast digestion and keeps a person full for longer times.

A person’s lifestyle plays a major role in either facilitating obesity or keeping it at bay. Unless someone has a certain medical condition that makes them over-weight, then that’s a different case.

People who choose to stay idle which includes kids largely as they prefer video games to outdoor sports. Or an adult that doesn’t incorporate any physical activity is prone to gain weight.

330kg Obese Man Hailing From Saqiqabad Punjab Is Given A Special Treatment, Courtesy Of Chief of Army Staff.

Noor Hassan who is severely overweight made an appeal on social media which was readily acknowledged by General Qamar Javed Bajwa, COAS. He ordered a special medical treatment to be given to Noor. He will be receiving treatment at a private hospital in Lahore. Since he is unable to travel by road in an ambulance, he was airlifted in a military helicopter this past Tuesday.

This issue needs to be addressed at large and awareness programs and drives need to be carried out for the better good of this nation. Have anything to add to this story? Comment below.