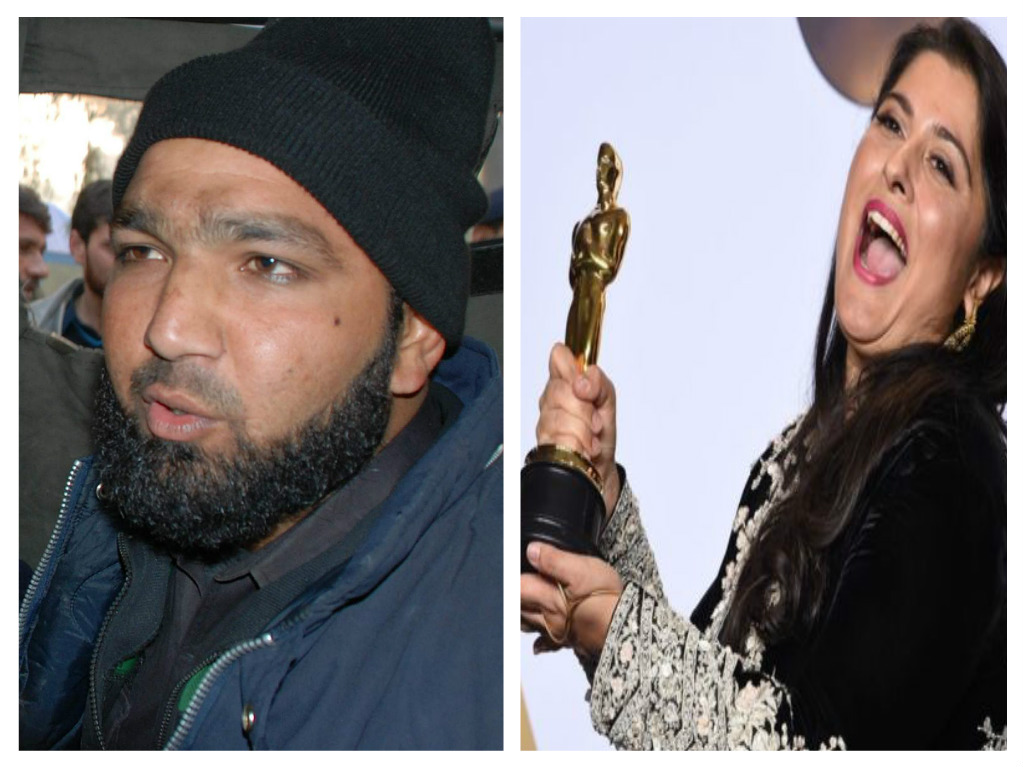 Leap years are unique. Once every four years a day is added to the calendar and nothing different happens or did we speak to soon?

In 2016, the leap day, February 29 marked history, with so much good for the world, especially Pakistan.

Leonardo Dicapro won his first ever Oscar and the world rejoiced, he had it coming for the longest time.

Sharmeen Obaid- Chinoy bagged her second Oscar. This one, she won for her documentary on the honour killings happening in Pakistan, “A Girl in the River: The Price of Forgiveness”.

I wouldn’t say she brought it back ‘home’ because we do not deserve it, why so? Read on.

A little look back at the events of February 29, within the country as the clock struck midnight, the President of Pakistan signed the death sentence of Mumtaz Qadri, who shot Salman Taseer.

Qadri was hung in the shadows of the night, soon the news spread and of course the extremists of our society went on a protest spree.

Judicially this decision was right, he shot a man in broad day light, confessed to his crime and never asked for forgiveness. He even welcomed the support he got from banned outfits.

Human rights organizations are against death penalties at large but on this occasion even they were confused whether to stand with or against the death of someone who had become a source of nationwide protests and discomfort.

Shahbaz Taseer, the son of Salman Taseer, was abducted and the ransom was the release of Qadri. Though Shahbaz could not be retrieved to this day, the death of Qadri shows that our government and judiciary aren’t hopeless yet.

Though I wouldn’t ever want to celebrate anyone’s death, what Pakistan should celebrate is the implementation of law and that nothing or no one is above the law.

So yes, we had two causes of celebration on this leap day.

But how can Pakistan ever be happy?

We all are well aware of the backlash received by the government and for that matter even Sharmeen for doing the right thing.

Sharmeen’s documentary could be one of the reasons the Punjab Protection of Women against Violence Bill has been passed. This is another milestone for women and Pakistan. Even the bill was shunned upon, by various outfits.

Remember in Saving Face, she talked about how the women survived their acid attacks. It was more about the struggles and strength of these women, rather than a depiction of what is wrong with Pakistan.

Even though if it was, we never recognise what is wrong with our country until it gets international attention. Had any of us thought of the victims as humans before this? All we did was pity them.

Sharmeen, hence, is a traitor for showing the world and Pakistan itself by bring to front the atrocities of the society against women and Mumtaz Qadri is the “Gazi” for killing someone in cold blood.

A blasphemy law exists; if the accused is found guilty of blasphemy the law should be the one holding verdicts not anyone else. (I am in no way for the blasphemy law but for the sake of argument this is mine)

So the protests being held country wide, against the implementation of law in no way makes sense to any logical human being.

Another thing we want, like all the things we wish for, is for Sharmeen to show the positive side of Pakistan.

(I refer to the whole nation as we, because fortunately or unfortunately I play a role in this society too)

Firstly, to begin with when something good happens in the country, we DO appreciate it, maybe not on an international scale, but we do.

Remember when Human’s of New York (HONY) came to Pakistan? Or who Eidi is renowned the world over?

But the unsung heroes, the victims, never or hardly get a voice or a platform to express themselves. These people are of more importance; these are the people we should care about. Unless a documentary is made, or the problem gets extra coverage the government doesn’t see it fit to even talk about it.

We also do not have a lot of platforms to show case our true problems. The world needs to know, so does Pakistan itself about the problems that exist in within the country. We, the educated and the privileged class have turned a blind eye towards the things that actually matter. In the comforts of our home, having Facebook arguments is pretty easy.

Being a journalist myself, I am super jealous of Sharmeen for achieving what she did. Getting people to talk to a newspaper is hard enough, getting them on camera to talk about the mayhem in the society is a tedious task, if not impossible. You can’t just go to anyone and ask them to start talking about their lives, that to on an international level. This alone is an achievement.

Leave aside the amount of support, money involved as that too is part of the practice.

Being a woman myself in this male dominated society, I face a lot of discomfort on daily basis. I am educated, I am independent and I have quite the life but it isn’t trouble free; I am scared of rape, groping, eves teasing among other things. I do not welcome these things into my life none of us would, they are a hurdle in our paths to success on various levels. Sharmeen therefore is working for the betterment of Pakistan. She is also a woman and feels what I feel every day. What she is trying to depict is what I am sure every other independent woman would want to show the world.

But she is a woman who wants to speak out; I realize that is where the entire problem lays.

How can women be so smart to think of and do something that would ever bring any hope for this country?

Take another traitor Malala. This is another heartfelt topic I shall talk on some other day.

What intrigued me where the comments on social media. People who have access to the internet are about 20% of the Pakistanis if I am not wrong.

This is the “privileged” class as we call them and their comments have revolted me. The amount of hate speech, for Sharmeen and the love for Qadri was shocking

Well, this isn’t Pakistan’s negativity. It is part of Pakistan reality! Live with that.

Why don’t we stand up and show the world the positives in us rather than sitting at home and criticizing someone who did achieve something?

People know who we are that is something to be proud of in itself. How is she defaming us when we are in every media house all over the world when she won the Oscar?

Don’t they say, every publicity is good publicity?

That is true and Thank you! But Pakistan on a whole needs to give freedom to ALL its women not just some. We for one are looking for no class and justice barriers. #FutureGoals

I don’t even know what to say…….on the Day of Judgement wouldn’t ALLAH ask us what we did for the betterment of the society?

“That’s what happens when you adopt the West and defame your country. What joy?”

There are so many more well written pieces on Sharmeen that I feel I must quote them to further prove my point.

Kunwar Khuldune Shahid beautifully puts it in his piece, “The Pakistani society, being quintessentially patriarchal, blends the most misogynistic ideals of its culture and religion. Hence, just like any of its counterparts spanning over millennia, the Pakistani society’s idea of honour is embodied by the female anatomy, especially of those women who are related to a specific man, and is equally applicable to the esteem of Islam.”

Mohammad Jibran Nasir in his blog post writes, now let us try and examine the so called “western agenda” in protecting Pakistani women. The law passed by the Punjab Assembly criminalizes any act, amongst others, by a husband which involves taking away food, clothes and shelter from a wife or cause such physical and psychological abuse that it results in a wife facing severe conditions like anorexia, clinical depression and even attempted suicide. These conditions are not a result of a “slight use of force” as mentioned in Surah Nisa and interpreted by many religious scholars, but outcomes of abuse, violence and torture for which I cannot find any justification, even in the most orthodox interpretation of the Holy Quran. But it does not appear worthwhile defending this law through the principles of Islam, as majority of the provisions which are being branded as “anti-Sharia” by the likes of Mr. Naeem of Jamia Binoria or Mr. Fazl-ur-Rehman of JUI-F, do not even exist in this new law. My interaction with certain so-called scholars from JUI-F last night on a TV show further proved to me that most of the critics have not even read the law and these mighty men are only losing their minds after reading the words “Protection of Women.”

To sum it all up I conclude with Hamna Zubair’s commentary, “Can she help change the global conversation about Pakistan and move western media towards treating our stories with greater empathy and nuance? Probably, yes. But she won’t be able to do it alone. We need to do our part, and that includes strengthening local media, giving local productions, screenings and awards more credit, and generally being less touchy about the fact that western media houses operate keeping only their own audience in mind, not ours.”

Note: The comments are taken from various websites and the names of the writers are duly mentioned.