This Alarming Video Raises Suspicion Over The 2017 Census In Pakistan!

This year, our government is conducting an official census to round up where our population has amassed to and the demography of each and every person residing in Pakistan.

The Government of Pakistan launched the first census after almost 2 decades. Security measures are strictly observed as the counting for the enormous population and their characteristics have begun. Every household in the country is being provided with forms to fill out the mandatory information. The form also entails a count and names of all people part of a household. An outlook reveals that more strict details are acquired, such that the relations of family members with the patriarch or head of family are required. What’s further needed is the drinking water source, facilities of kitchen and toilet, nature of residence as well as the occupation of all people. 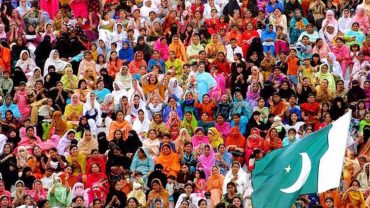 It is a good step and we ask why it had not been taken ever before. Better late than never and we realize the importance of it. But the Census is now surrounding with controversies, one such is the authenticity of the information that will be registered in official accounts.

Census team is reportedly using “pencils” instead of “pens” to enter credentials of people, which is raising questions about its authenticity!

Watch the video below as one witness caught up with the census team and addressed this issue with them.

Pakistan Bureau of Statistics submitted to the Government of Pakistan an order that states that the “computerized” census forms should only be filled out using a ball point, and not pencil. 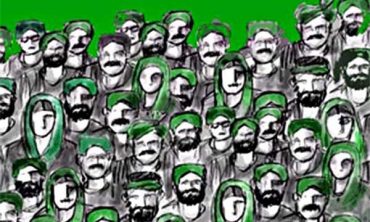 Considering this very statement, here we can witness the census team using a “pencil” instead which is raising a heap of controversies over the authenticity of it. It has built up a tide of doubt around it and now people need to be very cautious handing out their information.

Even if the officials insist on writing information using “pencil”, we need to be aware of the fact because it is also our responsibility as citizens of Pakistan.

Be careful, be responsible and watch out for anything shady happening around you!

These 227 Students Have Written An Open Letter To The Chief Justice Which All Of Us Need To Read!
Ali Hamza And Other Pakistani Celebrities Dedicate This Song To Pakistanis With Down Syndrome
To Top