The Kargil war that had entire nations shook has marked its 20th anniversary. The war began after the Pakistani soldiers infiltrated into the Indian side of the Line of Control (LoC) to take control over the military or army posts set up by India.

It started from May to July 1999. The conflict lasted for about three months with continuous bloodshed that resulted in the loss of both of the nations. Moreover, it killed more than 500 soldiers from India and about 400 Pakistani soldiers. In the end, it was a horrific defeat for India because the country lost multiple resources along with military power. The U.S had to come in between to halt the on-going conflict. If there had been zero interference by international countries then Pakistan could have concluded a major defeat for India. 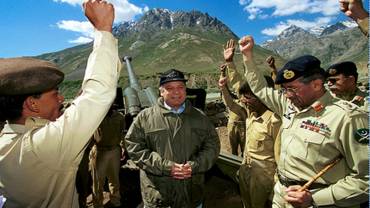 The Indian army had occupied the ranges like Tiger Hills and Siachin. From those areas, they could get a clear view of Pakistan’s side along with information surrounding the Pakistan army. It would be a foolish act to not counter the Indian troops for exposing and utilizing the vulnerabilities of the Pakistan army. Then, it all started when General Pervez Musharraf addressed the army to climb onto the passes. The soldiers had to reach the area that the Indian army had settled onto. Not to mention, Pakistan already knew about the certain behind-the-scenes of India regarding its strategies for the war. In the spring of 1999, the Pakistan army finally met the Indian soldiers and the conflict officially started.

India does mention that Pakistan had been wrong to infiltrate into their areas. However, there was a prominent reason to do so. It reached the point that the Pakistan army believed there had been no choice but to start another official war. 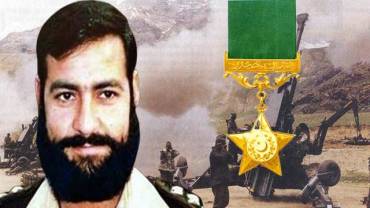 Many of the Pakistani commanders and soldiers displayed a brave attitude to calmly combat the sudden crisis. This includes the infamous Pakistan Army Officer Karnal Sher Khan, who received the Nishan-e-Haider for his commitment and performance during the Kargil war. There had been countless such soldiers who left their households to fight the war and protect Pakistan. Moreover, Pakistan still honors its loss and appreciates the utmost efforts.

The Pakistani army had to leave the area due to international pressures that were created by India itself. It appeared as if they couldn’t handle the situation and required assistance from outside. President Bill Clinton, at that time, called onto Pakistan’s Prime Minister Nawaz Sharif to withdraw the Pakistani troops from that area. India tends to take that as a win and celebrates the incident’s anniversary as a victory. But there are always two sides to the coin.

The Citizens Affected By The Chaos:

This conflict is still debatable with different stories arising from the point of view of both the countries. However, there is no doubt that it had a negative effect on the people of Kashmir. This is because they have always been the scapegoat in the middle when it comes to the two nations concerns. Moreover, it would be better that such a crisis does not occur anymore because Kashmir itself has witnessed a lot of bloodsheds.

It is a positive feat that Pakistan had the dominating hand within the war. However, it created a huge amount of chaos for the civilians living within the regions where the incident took place. The people there ended up losing their homes and resources, to only live in slums. Pakistan had already been suffering from the impact of poverty and this war further proved to be a nuisance on the people. Even if the Pakistan army won the war, the stories of the normal citizens affected by the crisis, are simply unknown.

India’s Opinion On The Matter:

On another note, it is similar for India as well. They mention the date of the incident as a “Vijay Diwas” day, also called Victory Day. This is in remembrance of the Vijay operation that was supposedly planned to rule the Pakistani infiltrators out.  Even though, history did not play out well for them as Pakistan still held an upper hand despite lacking in numbers. Nevertheless, the loss for the countries remains the same.

India thinks that the case had displayed Pakistan in a negative light, which is frankly true. This is because barely any international source understood Pakistan’s side of the story. It is always a jumbled up version of India and its belief that they won against Pakistan. 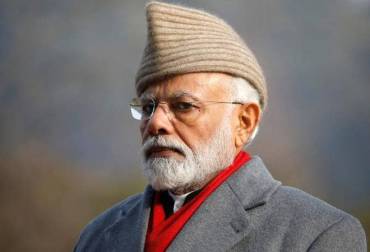 Regarding the 20th anniversary, the Indian Prime Minister Modi took to Twitter to express his grief for the Indian soldiers and their bravery for fighting against Pakistan. He said, “During the Kargil war in 1999, I had the opportunity to go to Kargil and show solidarity with our brave soldiers,” to further add, “The visit to Kargil and interactions with soldiers are unforgettable,”

Modi has openly mentioned that he is Islamophobic and is even responsible for the death of countless Muslims within India. Therefore, many Pakistani’s do not wish to offer their sympathies for India as one can see from the response towards the tweet on social media.

Moreover, the Indian Army Chief Bipin Rawat also mentioned, “This (Kargil) was a misadventure. Misadventures should not be repeated. You will get a bloodier nose next time,” according to Rawat, Pakistan would not be able to handle the same situation with India anymore.

Another similar statement includes Defense Minister Rajnath Singh’s who said, “Our neighboring country (Pakistan) cannot fight a full-fledged war or a limited war with India. It is fighting a proxy war.”

Whether this is true or not is something that remains quite clear between the citizens of the two countries. The people who already live in Pakistan would be able to clarify that Pakistan has always been strong in the military perspective. Hence, another such war would result in the country’s favor probably.

What do you think of the situation? Is it difficult to imagine that twenty years have already passed since the fourth war surrounding India and Pakistan? Share your thoughts.

Captain Karnal Sher Khan Among Other Soldiers Fought Fearlessly In The Kargil War And Brought Glory To Pakistan!
These Rare Innocent Animals Were Brutally Killed In Pakistan And People Are Filled With Anger!
To Top