1. Sheikh Taimur Academic Block at the University of Peshawar 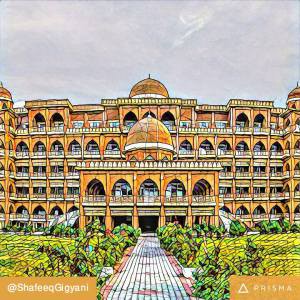 The university was founded in 1950 and offers programs for undergraduate, post-graduate, and doctoral studies. With approximately 14,000 enrolled students attending the university. 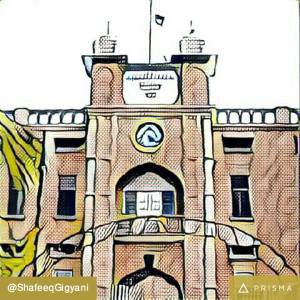 It was established by British Government in 1928. 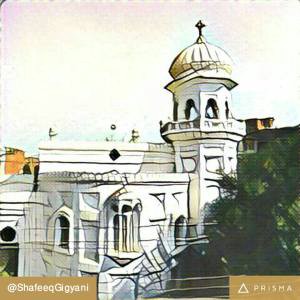 It is located inside the Kohati Gate of the old walled city of Peshawar in Pakistan, is a parish of the Church of Pakistan. It is an architecturally unique place of Christian worship that bears a striking resemblance to an Islamic Saracenic mosque with minarets and a dome. 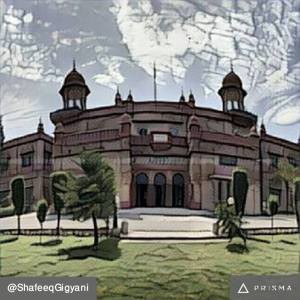 The Peshawar Museum was founded in 1907 in memory of Queen Victoria. The two-story building features an amalgamation of British, South Asian, Hindu, Buddhist and Mughal Islamic architectural styles. Originally, there was only one main hall. Two halls were added in 1969–70. In 2004–05, an additional block was completed with two galleries, two halls for the reserve collection, offices for the provincial directorate of archaeology, a conservation laboratory and a cafeteria. The original building was renovated during that time. 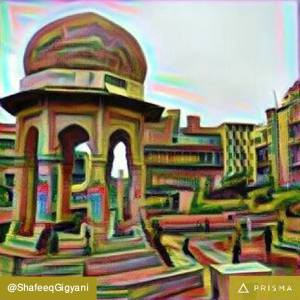 Chowk Yadgar or “The Square of Remembrance” is a famous landmark of Peshawar. Its location at the heart of the old walled city of Peshawar makes it a must-see for every traveler. It is located at the convergence point of different major roads and bazaars of the old city. 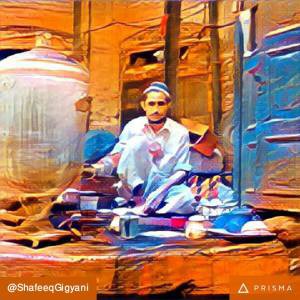 The Qissa Khwani Bazaar is a market of Peshawar, in Khyber-Pakhtunkhwa province of Pakistan. The Khyber-Pakhtunkhwa (then N.-W.F.) province Gazetteer, traveler Lowell Thomas[2] and Peshawar’s British commissioner Herbert Edwards called it “the Piccadilly of Central Asia”. 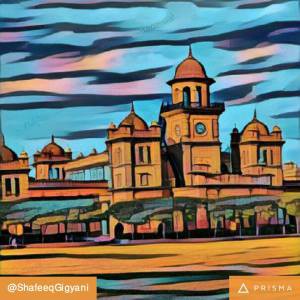 Islamia College Peshawar Founded by the personal initiatives led by Sir S.A. Qayyum and Sir George Roos-Keppel in 1913, it is one the oldest institution of higher education in Pakistan. 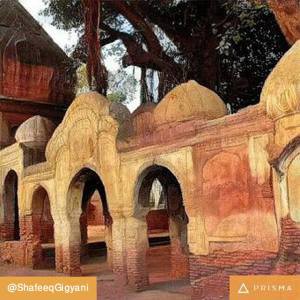 Gorkhatri in the ancient city of Peshawar was identified by Alexander Cunningham with the Kanishka stupa, the giant stupa of King Kanishka the Great. 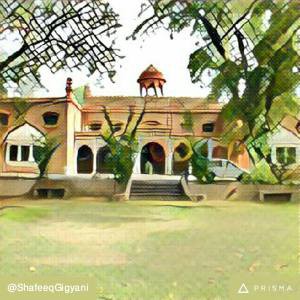 Edwardes College is the oldest higher education institution in Peshawar, the capital of Khyber Pakhtunkhwa Province in Pakistan. The College, affiliated with the University of Peshawar, has about 3,000 students in sciences, arts and humanities, business administration, higher national diploma and computer sciences. 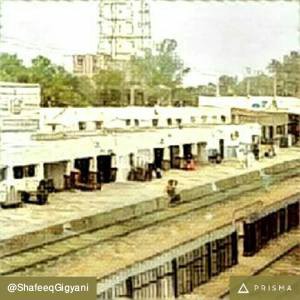 Peshawar Cantonment railway station is the principal railway station in the Peshawar city, Khyber Pakhtunkhwa province of Pakistan. It is located on Saddar Road. The Station is staffed and has a booking office. 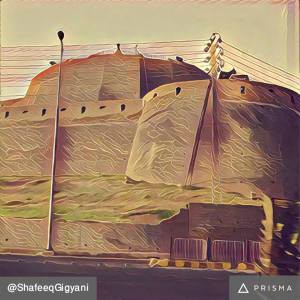 Bala Hissar is one of the most historic places of Peshawar, Khyber Pakhtunkhwa, Pakistan. The word Bala Hissar is from Dari Persian, meaning, “elevated or high fort”. The name was given by the Afghan Pashtun King Timur Shah Durrani (1773–1793), who used the fort as the winter capital of the Afghan Durrani Empire, with the summer capital being in Kabul. The Sikh empire who conquered Peshawar in the early 19th century named it Samir Garh in 1834 but the name did not become popular. 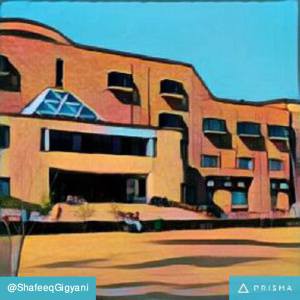 The Institute of Management Sciences (also known as IMSciences) is a degree-granting institution located in Peshawar, Pakistan. A public, self-governing institution funded by the Government of Pakistan, the institute was founded in 1995 from elements of the University of Peshawar. 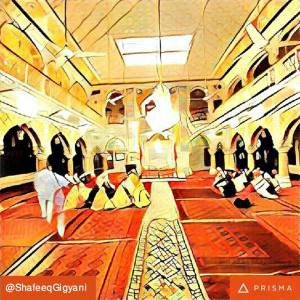 Gurdwara Bhai Joga Singh is situated in Jogan Shah area of Namakmandi of Peshawar City. The Gurdwara, which was founded by Hari Singh Nalwa (Maharaja Ranjit Singh’s fabled General) when Peshawar was part of the Sikh Kingdom. It is named in honor of Bhai Joga Singh, a young Gursikh who had lived in the presence of Guru Gobind Singh at Anandpur for many years. 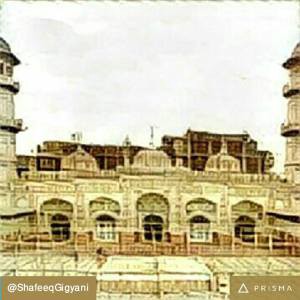 The Mahabat Khan Mosque is a 17th-century mosque in Peshawar, Khyber Pakhtunkhwa, Pakistan. It is named after the Mughal governor of Peshawar Nawab Mahabat Khan who served under Emperors Shah Jehan and Aurangzeb and who was the grandson of Nawab Dadan Khan (a former governor of Lahore). The name of the Masjid and the governor who built is often mispronounced as ‘Muhabbat Khan’ (‘Love Khan’) by the public majority instead of the correct pronunciation ‘Mahabat Khan’ (‘Awe-inspiring Khan’). 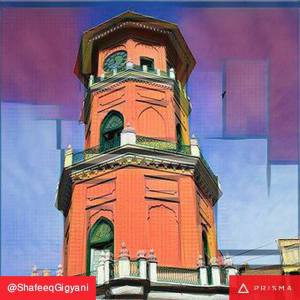 The Cunningham Clock Tower in Peshawar, Khyber-Pakhtunkhwa, Pakistan, was built in 1900 “in Commemoration of the Diamond jubilee of Her Majesty the Queen Empress”. The tower was named after Sir George Cunningham, former British governor and political agent in the province. 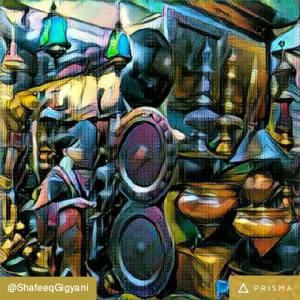 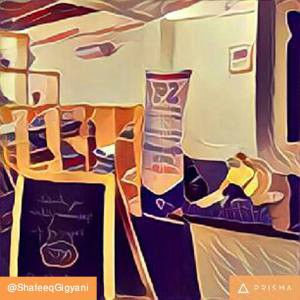 Basecamp Peshawar is a unique co-working and community space designed for Pakistani startups. We provide a vibrant, collaborative workspace to startups in the North West. 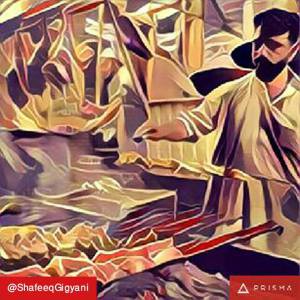 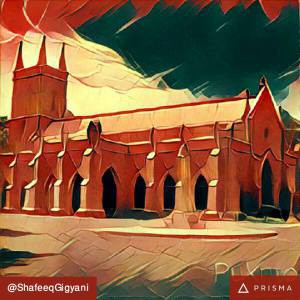 It is the oldest in that city, constructed between 1851 and 1860. It is now called the Cathedral Church of St John, which is located in the cantonment next to the Peshawar Club. It is part of the Anglican Diocese of Peshawar, now part of the Church of Pakistan. 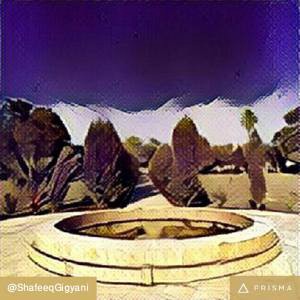 Shahi Bagh is one of the oldest and largest gardens in Peshawar, Pakistan. It is a Mughal-era park located in the Peshawar city near the Arbab Niaz International Cricket Stadium. The area which the stadium is built on once used to be a part of the Shahi Bagh itself.

Read Also: This Girl From Peshawar Shared Questions People Ask Related To The City And They Are Hilarious!