Marriages are made in heaven. For some people, it remains the core goal of their entire adulthood and even then they are not lucky enough to find a perfect life partner. Meanwhile, some try to avoid getting hooked to someone unless they reach a certain status in their life, and yet they end up marrying at a young age.

Truth is, one cannot plan at least his or her wedding, come what may. When there will Allah’s will, only then they will be married.

Now we have a story of a young couple from Punjab today. Their relationship was professional at the beginning which soon turned into a romantic tale before the two tied the knot.

Meet 18-year-old Haider Ali and his 20-year-old boss (her name couldn’t be confirmed). Haider is a student of Punjab College and is now a loving husband of a BBA student who also happens to be his boss. 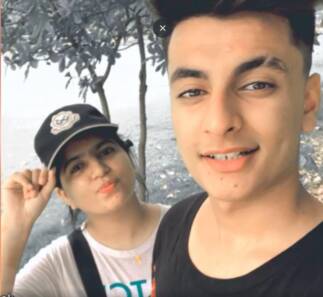 Speaking to Daily Pakistan, Haider said his wife still a friend to him even after their marriage. “She hasn’t changed. She is two-year older than me but he had no issues with that.”

Haider’s wife loved how dressed up and carry himself and was one of the reasons she also agreed to be in an official relationship with him. 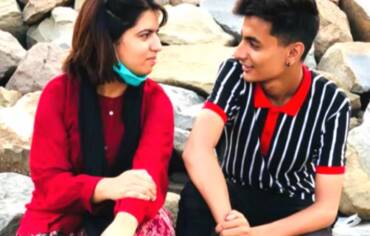 According to Haider, it becomes easy to understand each other when you and your wife are almost of the same age and friends.

Just at the start of the year 2020, an 18-year-old Pakistani couple made headlines when they became a target of online criticism after their wedding pictures went viral. Asad and Nimra fell in love with each other and got married at the tender age of 18 years.

Watch their fun-filled interview of Haider and his wife:

Marrying is a rising trend these days. People are also finding soulmates on Twitter and Facebook. The young couple must be lauded for the fact that they showed more maturity than many grown individuals these days and opted for a Halal way. There are both merits and demits of marrying at a young but, we wish Haider and his wife all the very best for their future.