What A Shame! 15-Year-Old Boys Brutally Rape A Kitten In Lahore

WARNING Some viewers may find the following video disturbing. Viewer discretion is advised.

The Pakistani society is built upon the aspects of different cultures, behaviors and ideologies. However, patriarchal trends have confined the mindsets and societal ways of life. This has become a concerning issue as the mentality is starting to hamper the mindsets of the growing youth.

A tragic and horrific incident took place in Lahore as a small kitten got brutally raped by a group of 15-year-old boys. The poor little kitten was then thrown in the nearby dumpster; after reportedly raping her so brusquely that the poor feline’s organs have been crushed. The vet has found semen in the body of the kitten and the preliminary reports suggest that it was subjected to sexual abuse, for continuous days.

Note: Reference image used only because the actual clicks of kitten are way too disturbing. 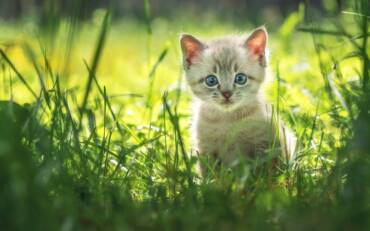 Not only is the entire incident repulsive and extremely disturbing, it makes us wonder what kind of people have we become? Where has our humanity gone? Above all, is patriarchy depriving the people in this society of humanity completely. Just a while back, we saw how poorly a man beating his own mother. And to be honest we were repulsed to the core!

Every day we witness the absolute depths of human depravity.
/ TW
The news of a kitten being tortured and sexually abused repeatedly by teenagers in Lahore has left me numb.
Sex education toh door ki baat hai, we are not even teaching our children basic humanity. 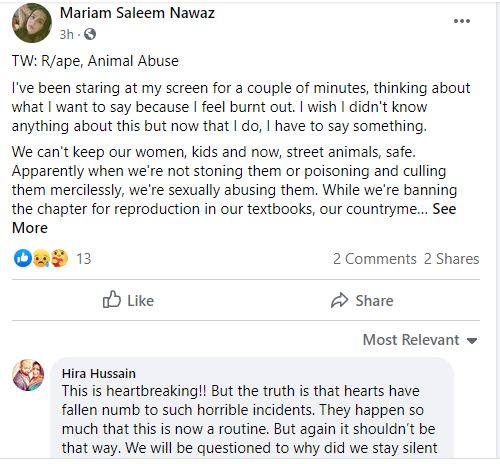 Simultaneously, as soon as the news of this awful incident spread; many agencies and even celebrities are speaking up on the matter. In fact, many rescue and animal care representatives are calling out this brutality.

What have we become?

The entire case is horrifying. We are truly ashamed and this is so repulsive that the thought of it is making us feel sick to the core. It is the lowest and most horrifying level we can stoop to. In addition it makes us wonder, is this the direction the youth is going towards now? Is the future of Pakistan that we are headed towards? And then we question,  that why we are going through issues like the pandemic?

Or why is Allah punishing us? It is just fearful enough to imagine the sins we commit and how we are yet blessed with so many good fortunes. With retrospect, we are standing at a point where people are using religion as a mode to exert authority and power.

So the question lingers. Are we monsters covered in human skin that deprive others or are we actual human beings? Up till now women were a victim of this obscene insanity of rape culture; now it seems even feline and animals aren’t safe from puberty-hitting teens.

As of now, we hope that people open their eyes and change their way of thinking. We stop idolizing money, we start understanding the importance of sex education, and how teens are in need of guidance and the youth is in need of a direction; before its too late.