15 Instances Of Amir Liaquat That Make Him The Most Hilarious Anchor|Parhlo.com 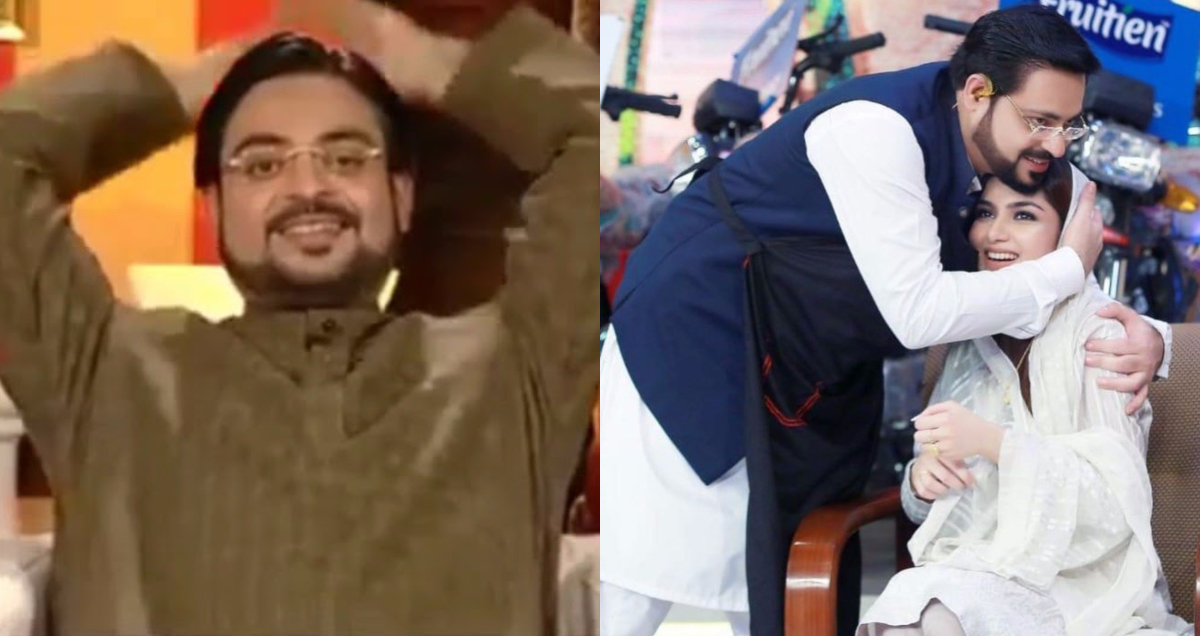 Pakistani media has reached the limit of stars ever since, the era of General Parvez Musharaf. President Musharaf was the one who liberated media from the shackles of state. Since the freedom of media, journalists and anchor person have reached the zenith of fame, for instance, Dr Amir Liaquat.

The journalist, Amir Liaquat Hussain, is famous for Ramazan transmissions and several shows with ulema (Islamic scholars). Moreover, the legendary anchor person has a huge fan following across Pakistan owing to his funny, witty and playful anchoring.

Recently, Amir Liaquat has got married to Syeda Tuba Anwar. The fans of Amir Liaquat Hussain know, that Amir Bhai is the admirer of romance. He has showcased his love for his wife on multiple occasions.

Look at the biryani made by Amir Liaquat and romance for his wife, Syeda Tuba Anwar, in alive T.V show

In a recent Ramzan transmission show, Amir Liaquat proposed and showcased his love for his wife. Aamir Liaquat put a ring on  Syeda Tuba Anwar finger in front of the world. 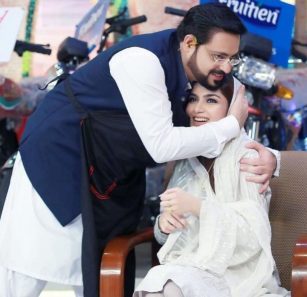 Furthermore, Amir Liaquat did cooking for his wife, Syeda Tuba Anwar in a live tv show. He also said, somehow taunting his first wife, that he cooked many times for his first wife and now its Tuba’s time to eat.

Let us have a look at Amir Liaquat jaunty and whimsical exhibitions.

1: How Can We Forget The Popular (AAM KHAYEGA)

In a show, Amir Hussain forced a guy for eating mangoes and things got hilarious.

Once a poor chap wished if Amir Liaquat were his father. See how Amir Hussain responded.

Once a couple proclaimed that they are siblings in front of Amir Hussain and see what happened next!

4: Is Amir Liaquat A Flirt?

The popular Amir Liaquat is flirty as well, don’t you believe? Have a look

5: Flirt Promoter And A Nagger

Not only flirty but Amir Bhai is also a flirt promoter. Look at the amusing video in which Amir Bhai is asking a guy about his love relations.

Surely, you guys know about sugar daddy but have you ever heard of “Sugar Bahuu?” See how Amir Bhai is giving tips to Merra for becoming a ” Sugar Bahuu”

Once upon a time, Amir Bhai asked Ulemas that ”ghalib ilm dekhi ha ap ne?” (Have you watched the movie “Ghalib”). Look how he trolled Ulemas and in retrospect a caller trolled him

8: Horoscope Cancer Or A Cancer Disease

9: Auditioned For A Song

In a Live tv show, he auditioned audience for “Nagin dance” song

10: Hillarious Reaction To A Song And Dance

Amir Bhai got stunned by certain lyrics and dance moves of a song. Look at his amusing face

11: Again Got Trolled For “Ghalib Film”, This Time By The Other Anchor

If you think Dubsmash is just for teenage guys, you are wrong. Amir Bhai also uses Dubamash and that too in a savage level.

Look, how a fan trolled amir Liaquat when he asked him which is the first Urdu movie?

Hopefully, you know the legendary singer Tahir shah but have you seen the funny conversation between the two legends? “Amir Liaquat VS Tahir Shah.

See how a Pathan guy challenges Amir Liaquat in a live T.V show

Although, Amir Liaquat Hussain has become a politician and is currently a member of the National assembly, his hilarious acts and playful nature never changed. He has many admirers and haters across the world, but his charm never died and remained constant. On T.V media his ratings are always high and he is still an unbeatable anchor.

Here’s How Ramadan Cleanses Our Soul And Is A True Source Of Inspiration!
So, Pakistan Railways Announced 50% Discount On Tickets For Eid But People Are Very Angry.. See Why!
To Top