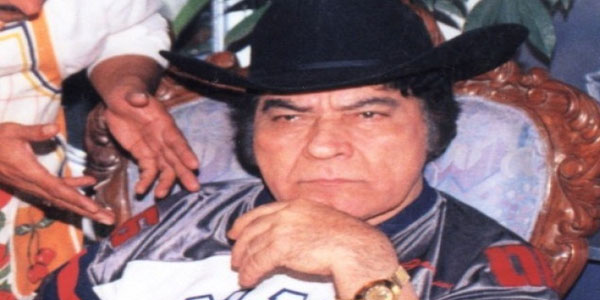 The 12th death anniversary of famous Pakistani comedian and film actor, singer, story-writer, producer and director Rangeela is being observed on Wednesday.

According to Radio Pakistan, Rangeela’s real name was Muhammad Saeed Khan and he was born in Parachinar, Kurram Agency on January 1, 1937. His family moved to Peshawar when he was very young. He took a keen interest in bodybuilding and physical exercises as a teenager.

He moved to Lahore at a young age and earned his livelihood by painting billboards for the Pakistani film industry. Once, when the shooting of a film was taking place, an actor for the films jolly character role was needed. The film director asked Muhammad Saeed Khan to play the part which he did. All those present during the shooting were amused by his acting style and he became an actor through sheer luck.

However, his career formally started at the age of 21 from a Punjabi feature film Jatti (1958). Rangeela started to do comedy roles after this movie and soon became one of the most sought after comedians in the Lollywood.

In 1969, he formed Rangeela Productions to produce his own movies. He not only produced films but also directed his productions, sang songs, and wrote some scripts as well. His movies, to the surprise of many film industry stalwarts, attracted a large number of viewers. The film Diya Aur Toofan (1969 film), released on 9 May 1969, was Rangeela s directional debut.

The song `Gaa Mere Manwa Gaata Ja Re’ is still fresh in the memories of the music-lovers. The song was sung by Rangeela himself and it featured in Diya aur Toofaan. He directed numerous movies under the banner of Rangeela Productions. His acting was showcased in the film Rangeela (1970), in which he played the title role. His third consecutive hit film was Dil Aur Dunya (1971), starring Habib, Aasia and Rangeela.

Rangeela performed in around 300 films in his career spanning over four decades and won numerous awards for best actor, story-writer, producer-director, and comedian. Rangeela was married thrice and had 14 children, 6 boys, and 8 girls. Rangeela died on May 24, 2005, at the age of 68 and left hundreds of thousands of fans mourning after a lustrous career spanning over four decades in Pakistan film industry.

The Miracle Story About Keys Of The Holy Kaaba Will Strengthen Your Imaan
This Unique Platform Is Your Ticket To The Dream Universities In Pakistan!
To Top