12 Heartwarming Moments From Yakeen Ka Safar that will Definitely Make You Sad! 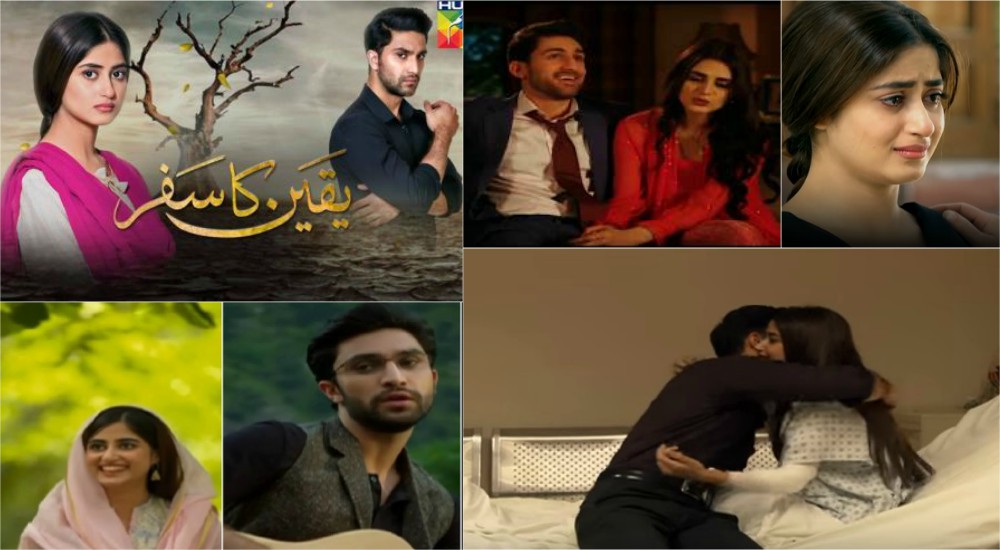 Unlike Indian and Turkish serials, Pakistani dramas have always focused on highlighting social issues rather than just making a fuss over saas-bahu controversy. Our scriptwriters have never shied away from addressing controversial subjects; be it is child abuse, marital rape, or blood marriage (Vani).

Udaari, Roag, Sammi, Khuda Mera Bhi Hai and the recent on-air drama serial Yakeen Ka Safar by Farhat Ishtiaq have set new examples towards social issues. Yakeen ka Safar, a serial which has drawn the attention towards domestic violence, injustice and feudalism in Pakistan all at the same time has geared a lot of attention for all the right reasons.

The story revolves around how a girl was gang-raped by the son of an influential politician, how a barrister came to save her and lost his own as the other party was more powerful. Additionally, it speaks on how the same girl ran from her house so she could enjoy the freedom of life, something her mother couldn’t get, for she died because of her father. This one vile incident changed her whole life.

On the other hand, there was a charming doctor, named Dr. Asfandyar, a doctor who dedicated his life solely to his profession. Highlighting the summary of this show, only Farhat Ishtiaq could’ve done justice with all these topics in one serial.

The teaser of the last episode in which Zubiya was going to attempt suicide gave the viewers a mini heart attack, but now watching a happy ending made everyone to pass a sigh of relief.

Here we have compiled a few (obviously not all) of the best moments which every Yakeen Ka Safar’s fan would love to feel and watch again!

1. Our All-Time Favorite Asfi Danced On His Brother’s Dholki

Ahad Raza Mir became the new crush of Pakistani girls with his appearance as Dr. Asfandyar in Yakeen Ka Safar. How could we forget his dance moves?

2. When Noori’s Father Believed And Supported Her Daughter

On hearing the news of being raped, unlike a typical father, Noori’s father understood the condition of his daughter and supported her when the police called him for investigation.

3. When Police Arrested The Rapist

Due to the efforts of Barrister Daniyal, police arrested Jehangir Shah, the son of the minister who raped Noori.

It was a matter of ego and disgrace for Rab Nawaz, the father of Jehangir Shah, to see his son behind the bars. A couple was hired by Rab Nawaz to kill Barrister Daniyal and unfortunately, they succeeded. (My mother actually cried when he was shot-dead!)

5. Noori Attempting to Shoot Nawaz Shah And His Son

Noori had seen that the other party was more powerful than law and justice, which is why she decided to take revenge by herself. When Jehangir Shah and Rab Nawaz were addressing in a congregation, Noori fired at them!

In a spacious hospital situated between the mountains of Neelum Valley, the arrow of Cupid was all set to shoot Dr. Asfandyar and Dr. Zubiya. Nonetheless, the story began with some ‘nok jhonk’.

Dr. Asfandyar was proven as a ‘Kharoos Boss’ and the innocent Zubiya awarded him with the title of “Changez Khan” and “Hitler”.

On the birthday of his nephew, he sang a song as well. Isn’t that cute?

8. The Cute Moments Between Dr. Asfi And Dr. Zubiya

And then finally, the arrow of Cupid worked!

He is so caring!

Faryal, the bone of contention

9. How Could We Forget Oath?

When the girl, who was involved in the murder of Dr. Asfi’s brother Barrister Daniyal, came to him for the treatment of her son, it reminded him of his brother. Without spending a moment, he decided to help that child while his ears echoed with the oath he had taken at the time of receiving the degree. (This moment made me cry too!). The girl then admitted her crime in a press conference.

It reminded me of these famous lines,

11. When Asfi Stood For Khajista

In Neelum Valley, Zubiya made a friend Khajista whose husband used to regularly beat her. During this usual fight, the husband shot his pregnant wife and ran to the Khan Sahab for rescue, Dr. Asfi, and his father filed a complaint against him. With this act, they wanted to keep the legacy of martyred Barrister Daniyal alive. 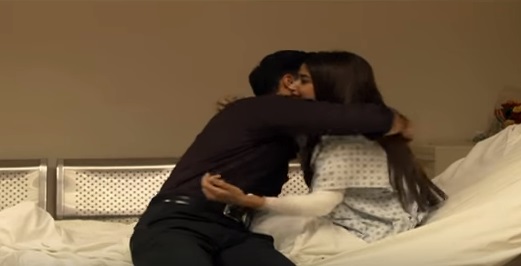 After seeing her brother in the hospital, Dr. Zubiya got scared and attempted suicide. Dr. Asfi rescued her and she survived! Then came the moment when both of them finally expressed their true feelings. *love was in the air*

Regardless of how the serial has come to an end, Yakeen Ka Safar, in reality, will continue to prevail till social injustice in Pakistan become free from negative influence. The real Yakeen Ka Safar won’t end until a sister is trusted and gets a share in the inheritance; our society has to complete this journey till every Pakistani women is safe from domestic abuse.